During the week, reports of winter migrants arrive in the Field Centre and so the nets are raised with great expectations at the weekend.  Usually not a Redwing or Fieldfare goes anywhere near the nets!  Today 10 new Redwings were ringed.  This bird lifted its wing just enough to see the red feathers below it.  Once released from the hand, it flew into the Hawthorn tree outside the kitchen window and started to feed on the berries. 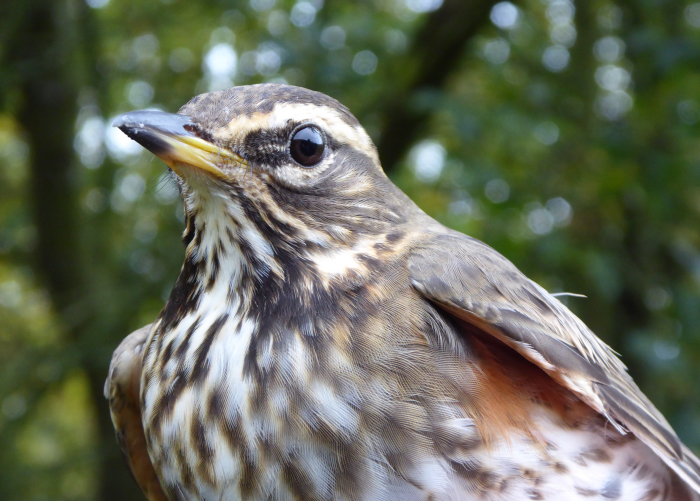 Reed Buntings can sometimes be seen in the back garden, feeding with the finches, eating the seeds.  During the breeding season they also include invertebrates in their diet.  In autumn and winter they roost in the reed bed, just above the water, safe from predators. 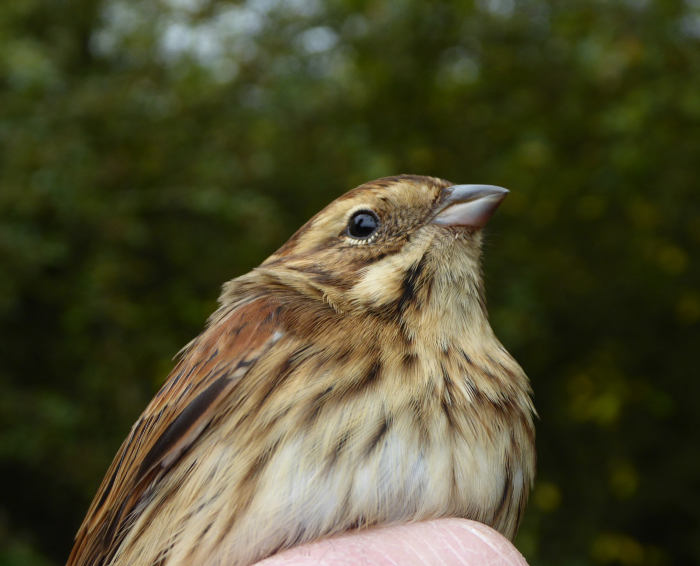 A Sparrowhawk has been hunting through the back garden over the last few weeks.  This beautiful male bird was caught this morning. 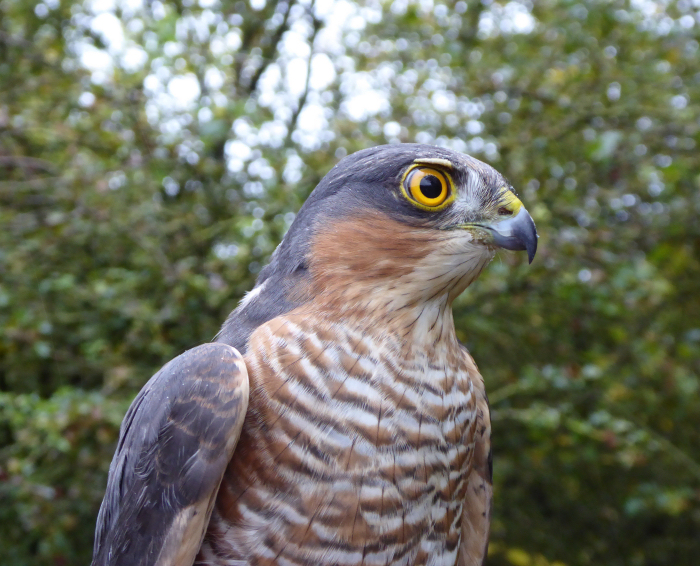 156 birds of 19 species were caught today, 82 were new birds and 74 were retraps.  Bullfinches are still abundant and another 15 new ones were ringed today.  Great Tits ringed in the nest boxes continued to make an appearance, and Coal Tits are returning having spent the summer breeding in the surrounding plantations.  There were 30 retrapped today, some being four years old - a good age for a small bird.  Other birds processed included Goldcrest, Lesser Redpoll, Song Thrush, Nuthatch and Treecreeper.

A very good day.  Thank you to everyone who helped.

Come along and find out which minibeasts are living in some of the habitats at Foxglove. Book a minibeast session for your family bubble of up to six people. There will be a socially distanced brief to set you off and then you can use the equipment for the remainder of the session. You will be requested to use hand gel on arrival and the equipment will be cleaned between sessions. Please call the Reserve Managers on 07754 270980 to book your allocated slot. You are advised to arrive 15 minutes before your allocated time. A donation in advance (card payment by phone) of £5 per family bubble is required in order to secure your booking.