It was a shock to wake to a covering of snow.  The Stone Circle and the moor, were almost black and white, with clouds scudding across the sky.  Foxglove at its magical winter best! 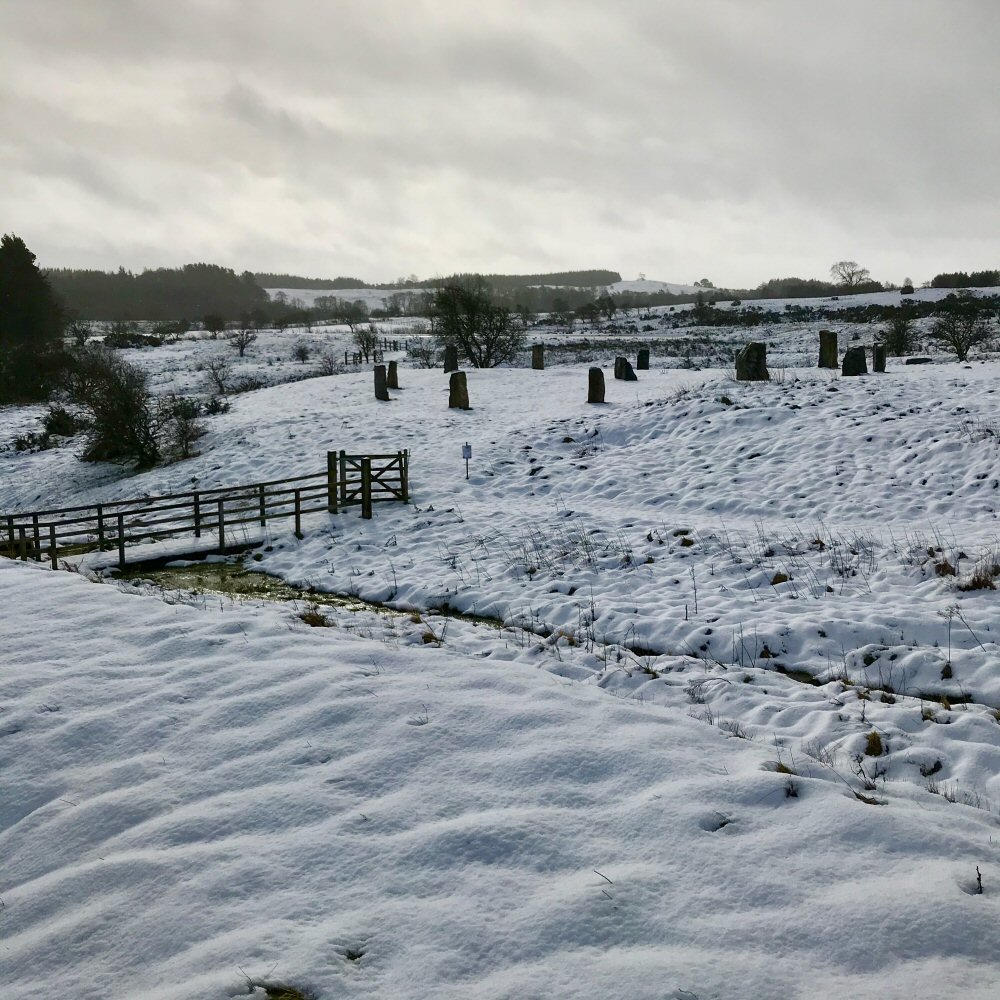 In the Scrapes the sun did try to make an appearance. 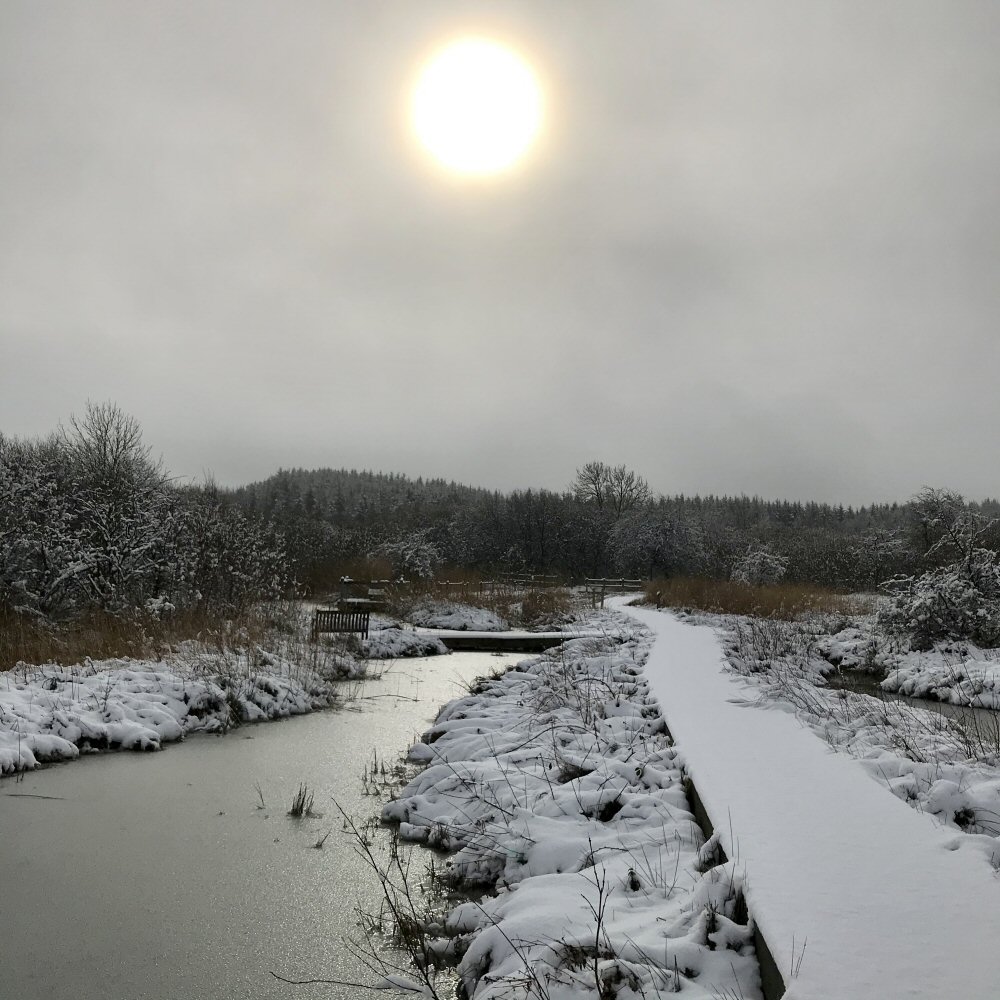 Down on the lake the Mallard were being 'ice-breakers' or probably 'snow-breakers' as they swam through the covering of snow. 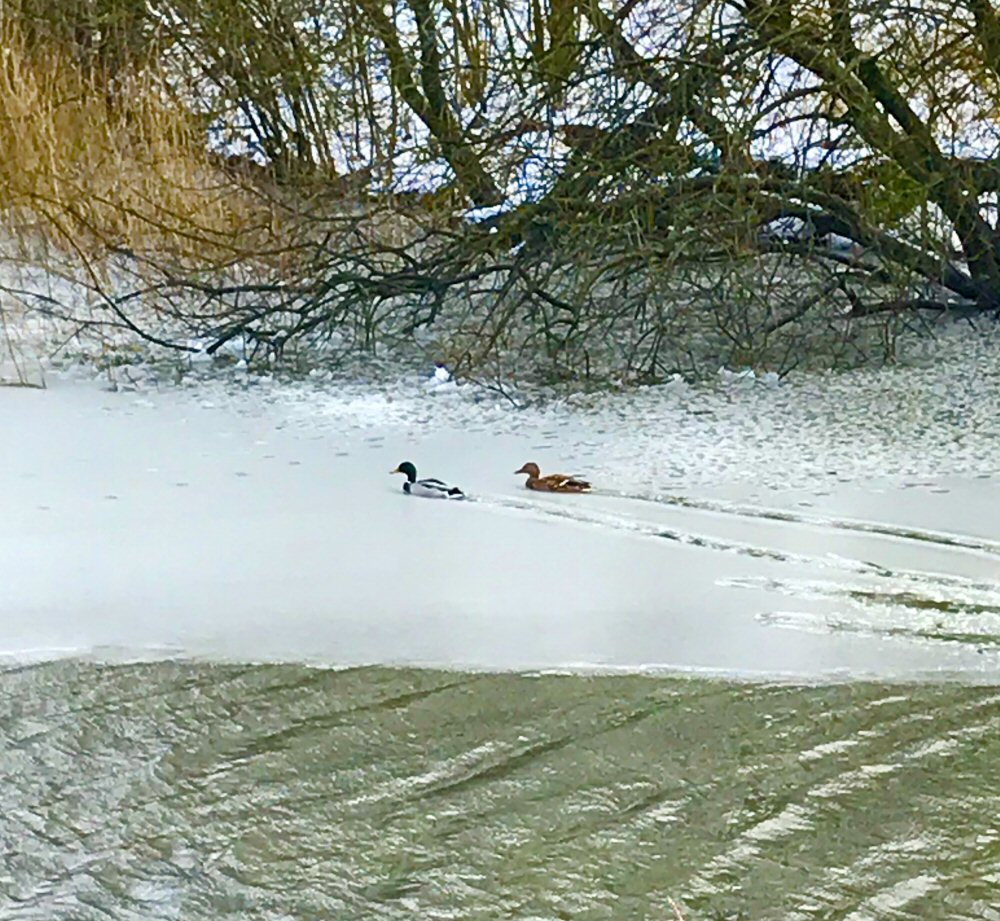 Scarlet Elfcup has been recorded on the Monthly Observation board for several weeks, in its usual places, but it is now being found in several different parts of the reserve.   It was easy to see as a splash of red in amongst the snow. 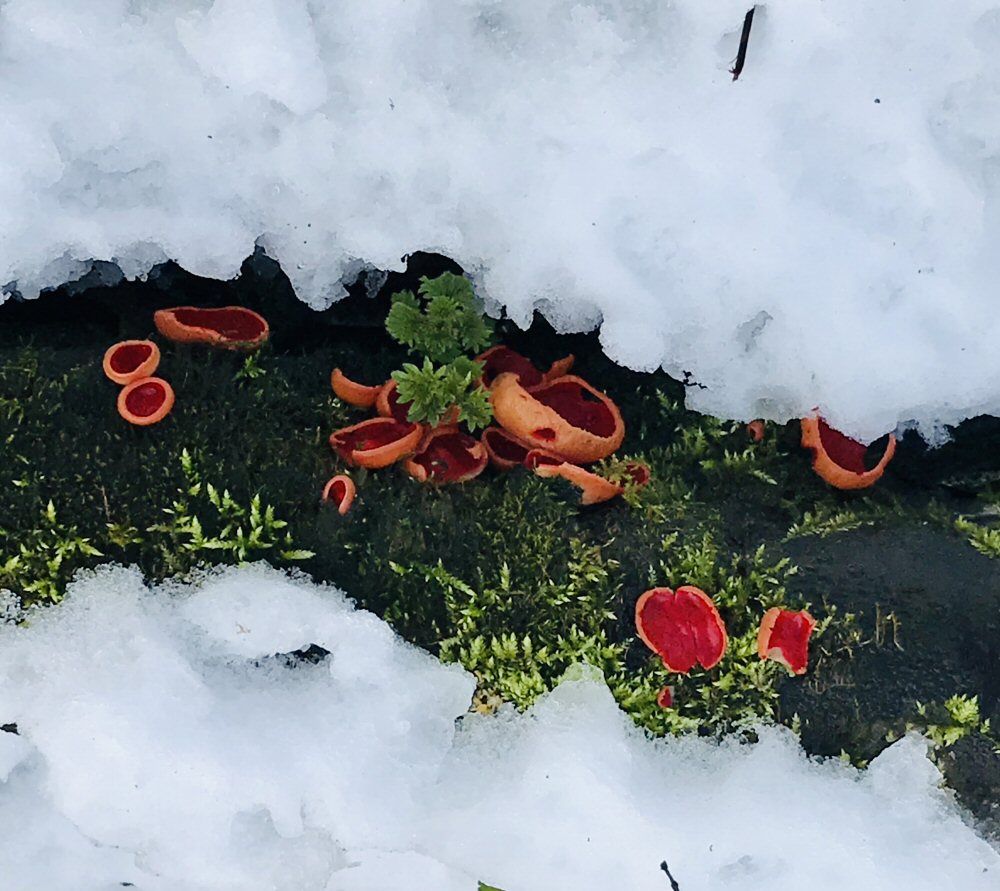