For the first time in many months the air had lost its chill and it seemed the flora and fauna responded.  Chiffchaffs are usually the first summer migrants to arrive in the ringing room.  But there are exceptions to the rule and this year, for the first time in a long time, a Willow Warbler beat the Chiffchaffs!  This particular Willow Warbler, weighing in at 9.0g, was a bird that had been ringed at Foxglove as an adult last year.  We were very pleased that it had returned to us. 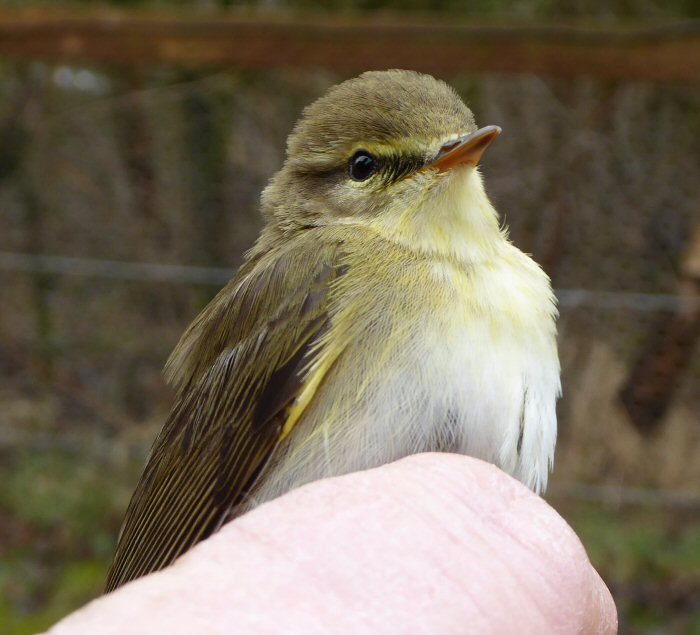 A little later, not to be outdone, a new Chiffchaff was caught and ringed.   If you look closely, just above the bill, a dark mark can be seen, which is the result of it feeding from Mimosa and Acacia flowers, as it heads on its long journey north. 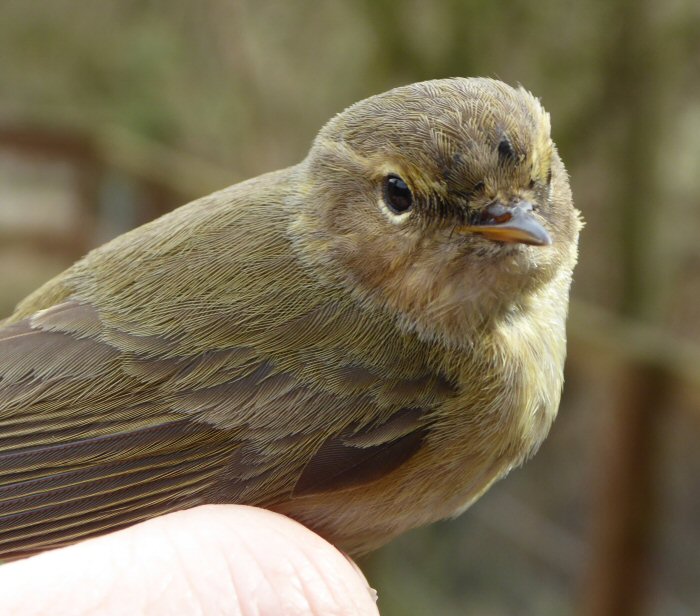 Not to be outdone, Bramblings are still feeding at Foxglove.  Many of these winter migrants have already moved on north to Scandinavia. 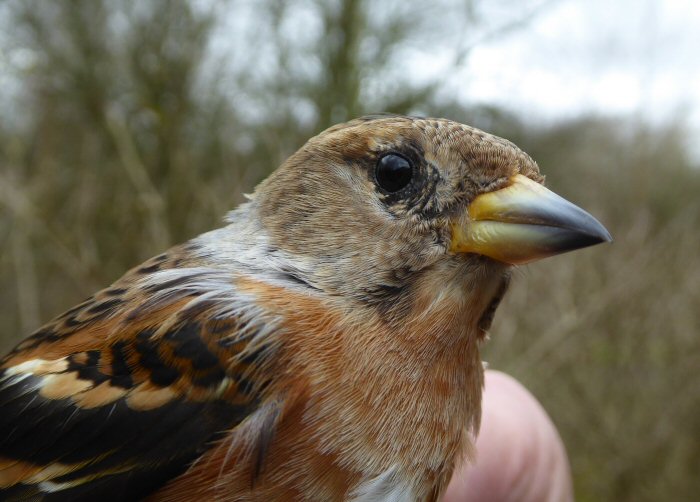 Redpolls are flocking into the reserve and 55 were newly ringed today.  When a bird has already been ringed, its ring number and address is carefully checked as part of the process.  To our huge surprise one of the ringed birds retrapped today was from Holland wearing an Arnhem ring!  We await more details of this bird when the data is sent to the BTO. 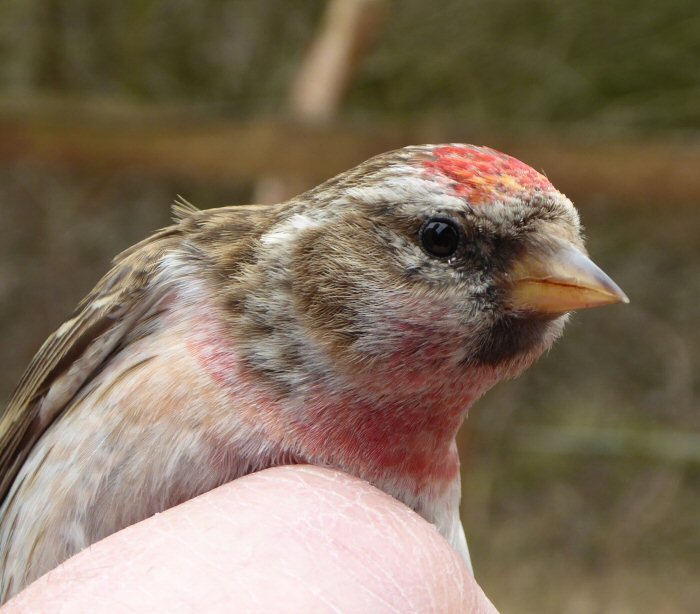 A Long-tailed Tit was processed and its original ringing date was 05/04/2015 - making this bird at least 3 years old.  Considering the winter we have just had, (well we hope it is now spring!) it is quite amazing that this tiny bird has managed to survive.  Four Long tails were caught today. 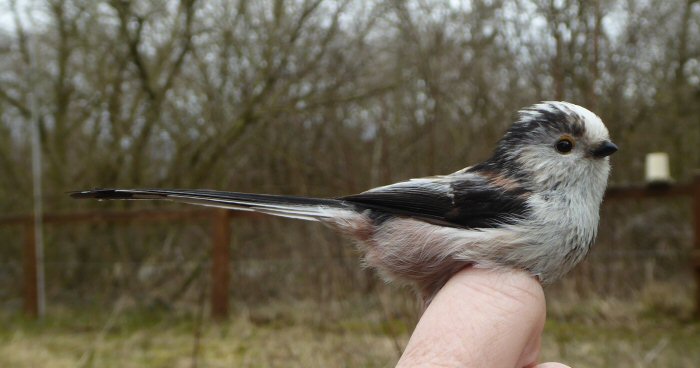 A Reed Bunting ringed at the Crater in 2016 was also retrapped.  It had not been seen since so I do wonder where it has been all this time.  Amongst the other birds caught today were Great Spotted Woodpeckers, Tree Creepers, Nuthatches, Siskin, and some of the Great Tits that had been ringed in the nest boxes last year. In total 151 birds went through the system.

Driving in to the reserve early this morning there was a 'Roe Deer' jam!  I had to wait patiently until these two bucks decided to leave the road; both had their antlers in velvet. 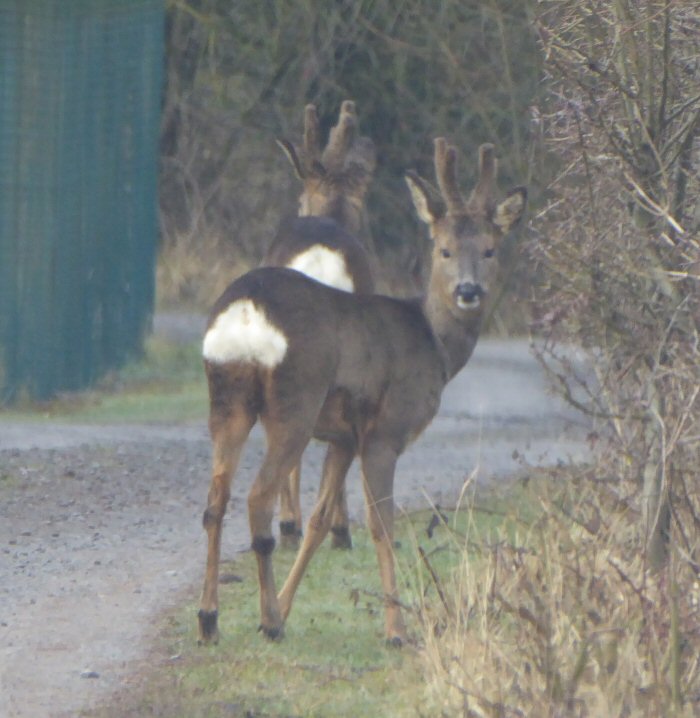 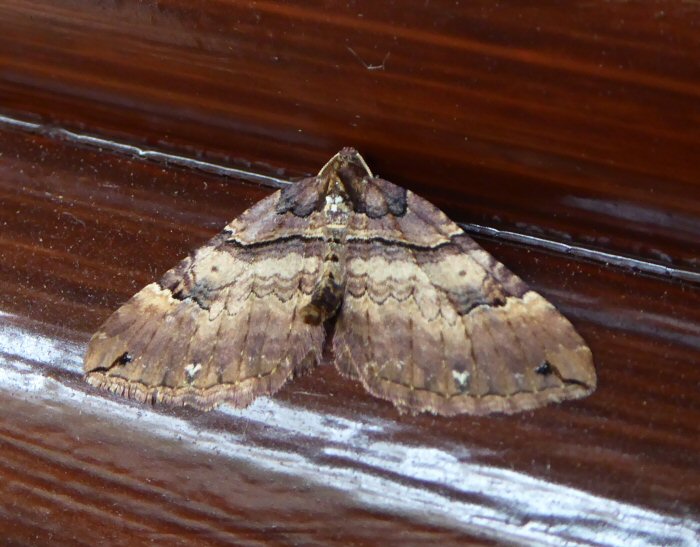 Walking around, the high pitched croak of the male Toads could be heard.  Cold weather has delayed their return to their spawning ponds but they seem to be making up for it now! 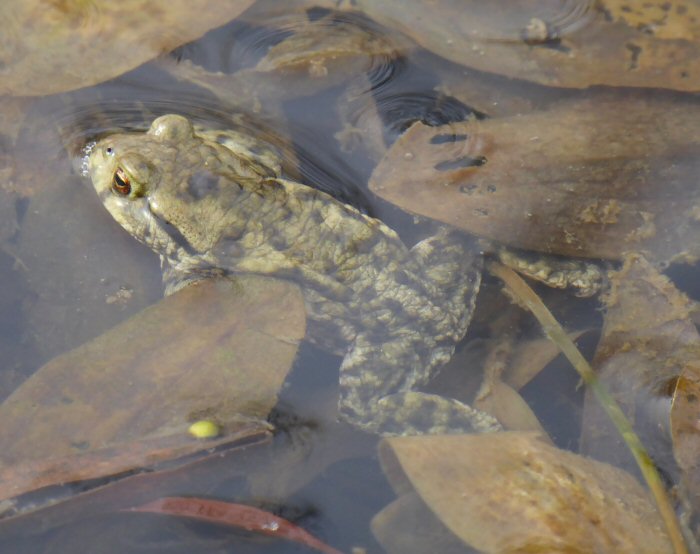 I mentioned Lesser Celandine yesterday and some were found with their petals wide open.  Coltsfoot buds opened later in the day. 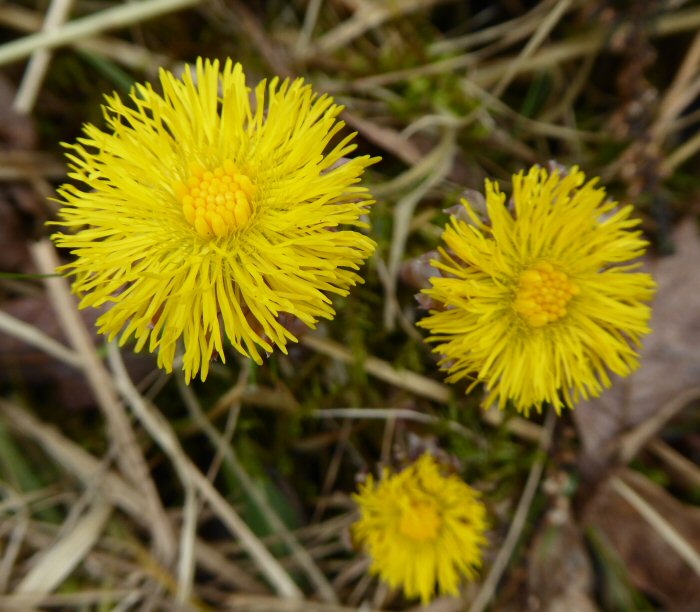 And to round the day off another sighting of a Roe Buck. 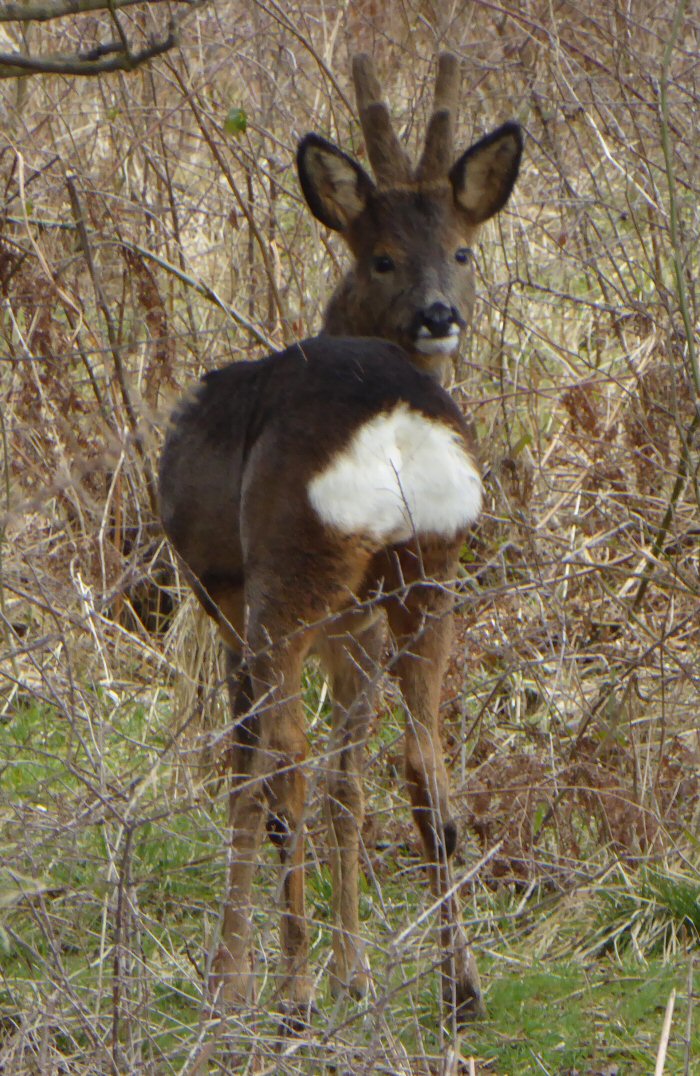 A huge thank you to everyone who helped during the day, making it a very successful ringing session.