On 20th July Ann found what she thought to be, Saw-wort, (Serratula tinctoria) which was a new species for the reserve.  It was on the heath and still in bud.  We have watched it develop ever since, waiting for it to flower to confirm its identity.  By this afternoon some flowers were fully opened, as can be seen in the photograph below. 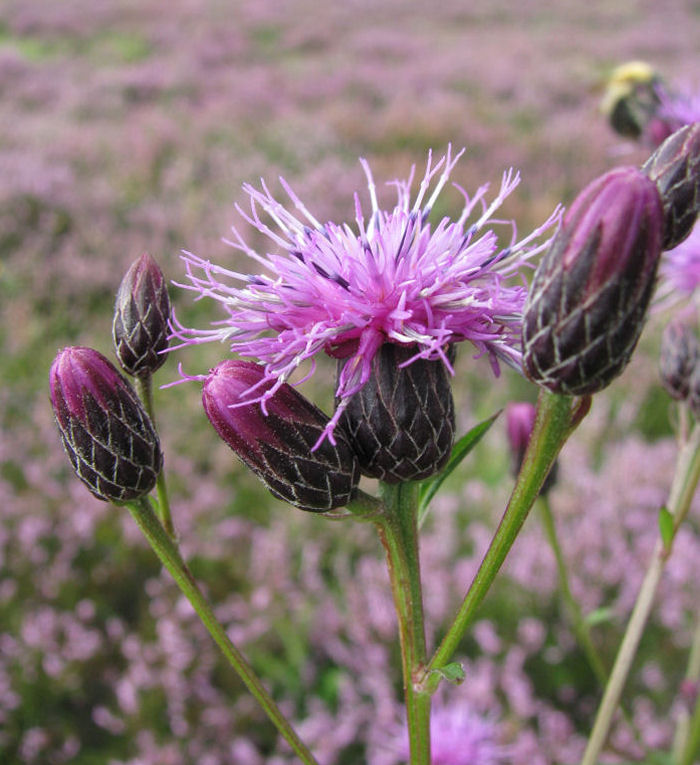 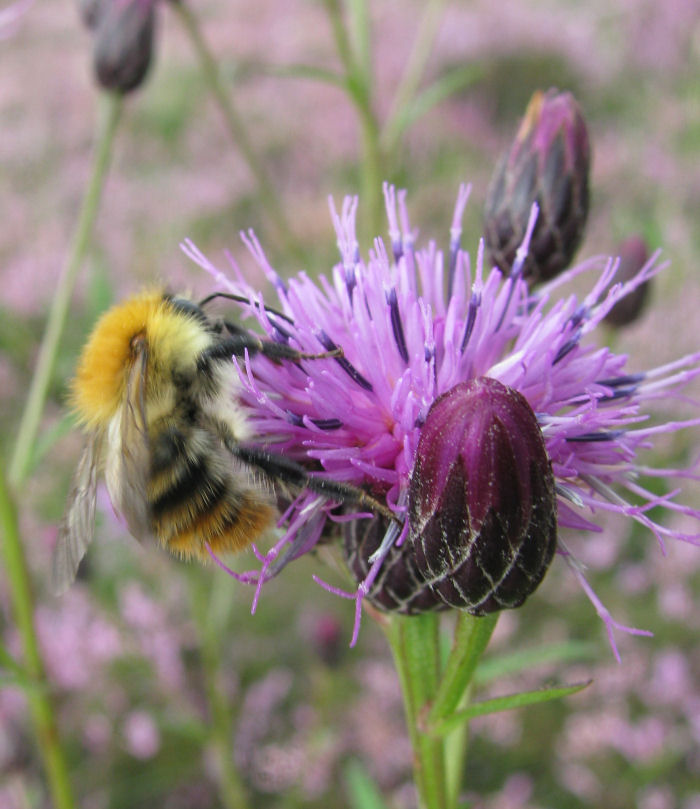 Although Hardheads (Common Knapweed, Black Knapweed) have featured on the blog recently it is here again for comparison.  This flower is also favoured by many insects. 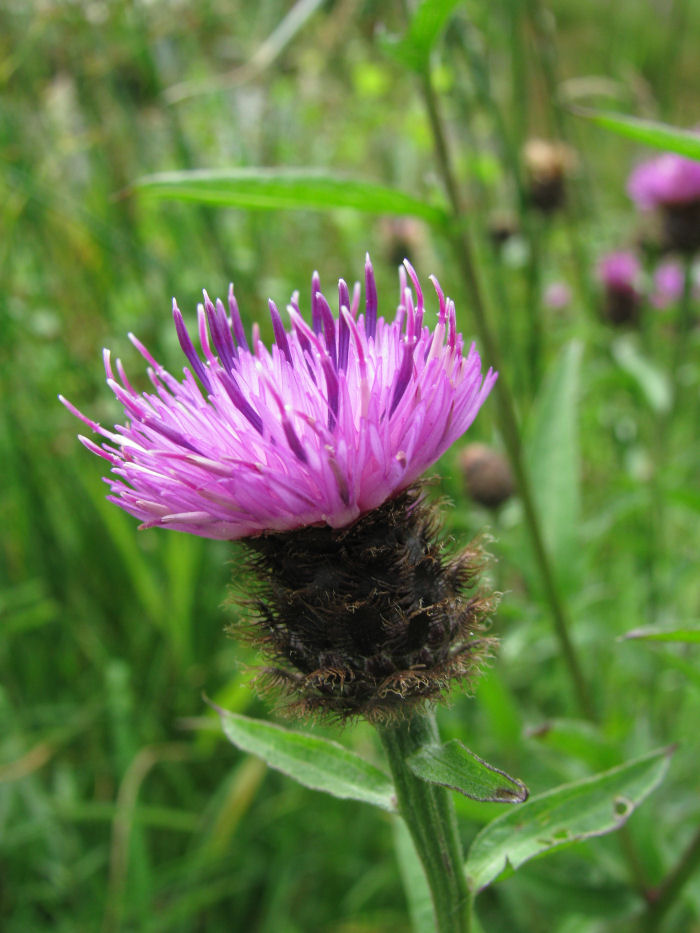 The flowers of these are at first sight indistinguishable but I see in these photos that the stamens of the Saw-wort have long forked ends. Otherwise, the buds are the only noticeable difference. According to literature, the Saw-wort was very popular in Germany for dyeing, around 1800, hence the species name `tinctoria`.