Ringing at the Crater

This morning some members of the Swaledale Ringing Group arrived at Wilmire Crater, a conservation area on the MOD training area, right on top of the Pennines!  Meadow Pipits use this migration route from their summer breeding grounds out on the moors, right across the Pennines and beyond.  After a quiet start the 'Mipits', as they are affectionately known, began to arrive in the nets.  The majority of the birds caught are juveniles; the adults started south before them.

Their diet includes many invertebrates and seeds, which are abundant in and around the area.  They need to build up fat stores for their migration.

One of the distinguishing characteristics of these birds is the long hind claw which can be easily seen in this photograph. 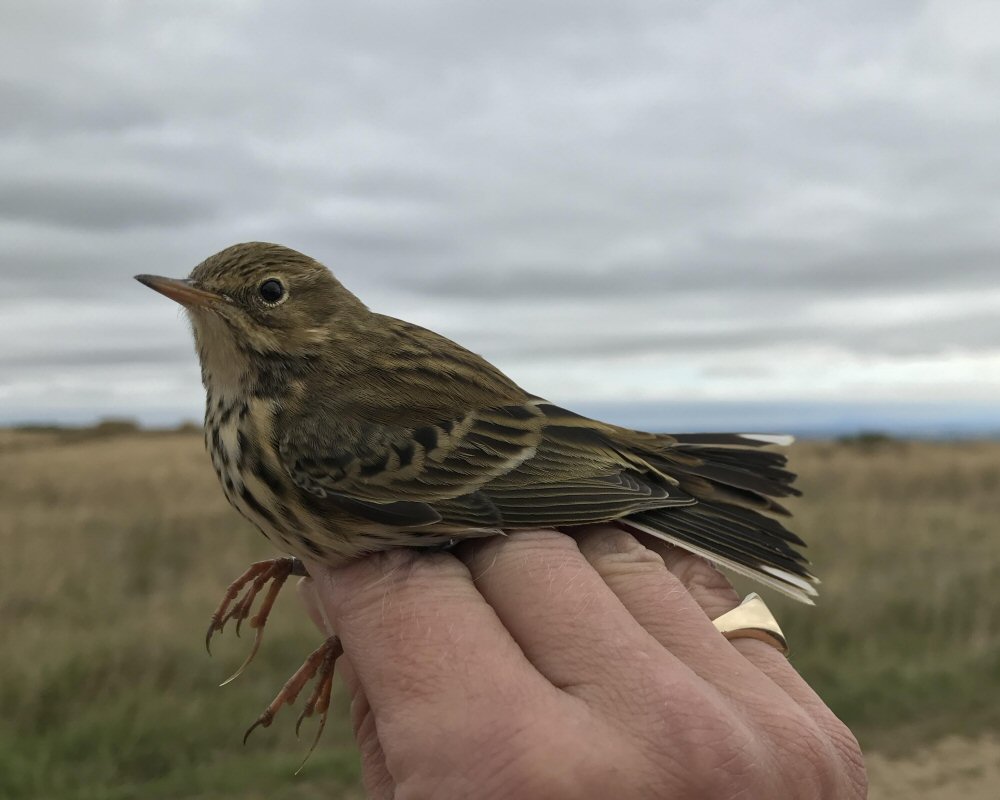 Other birds were also caught but in fewer numbers such as a single juvenile Goldfinch seen here.  If you look closely you can just see its red feathers coming through on its head.  A charm is the name given to a group of Goldfinches.  They can often be seen feeding on thistle seed heads. 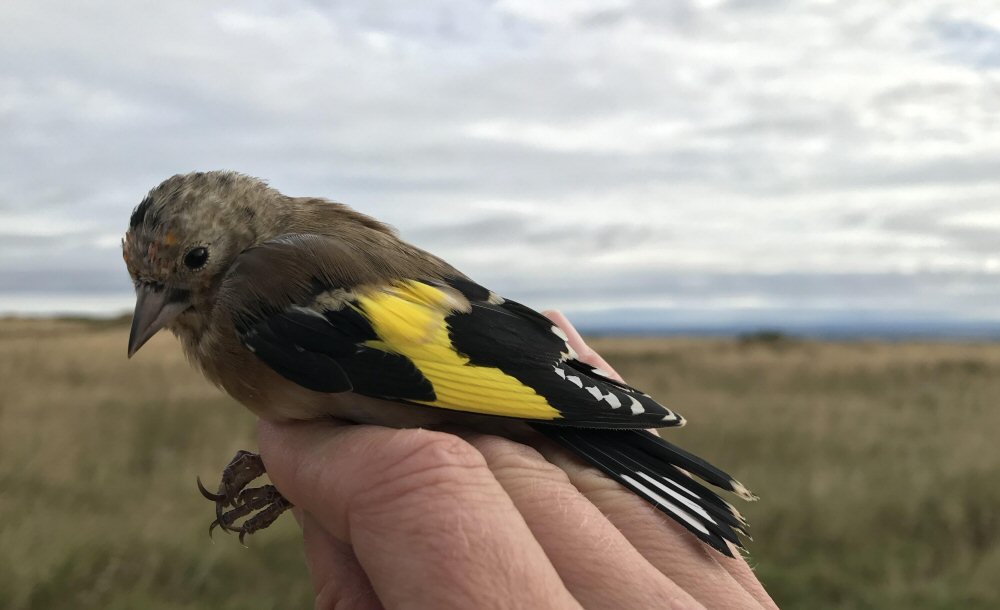 5 Reed Buntings were also ringed. The UK population of Reed Buntings fell by 31% between 1970 and 2007. This decline was probably caused by the reduction of damp habitats and food sources on farmland. There has been a partial recovery over the last 15 years.  They feed on a variety of seeds and insects. 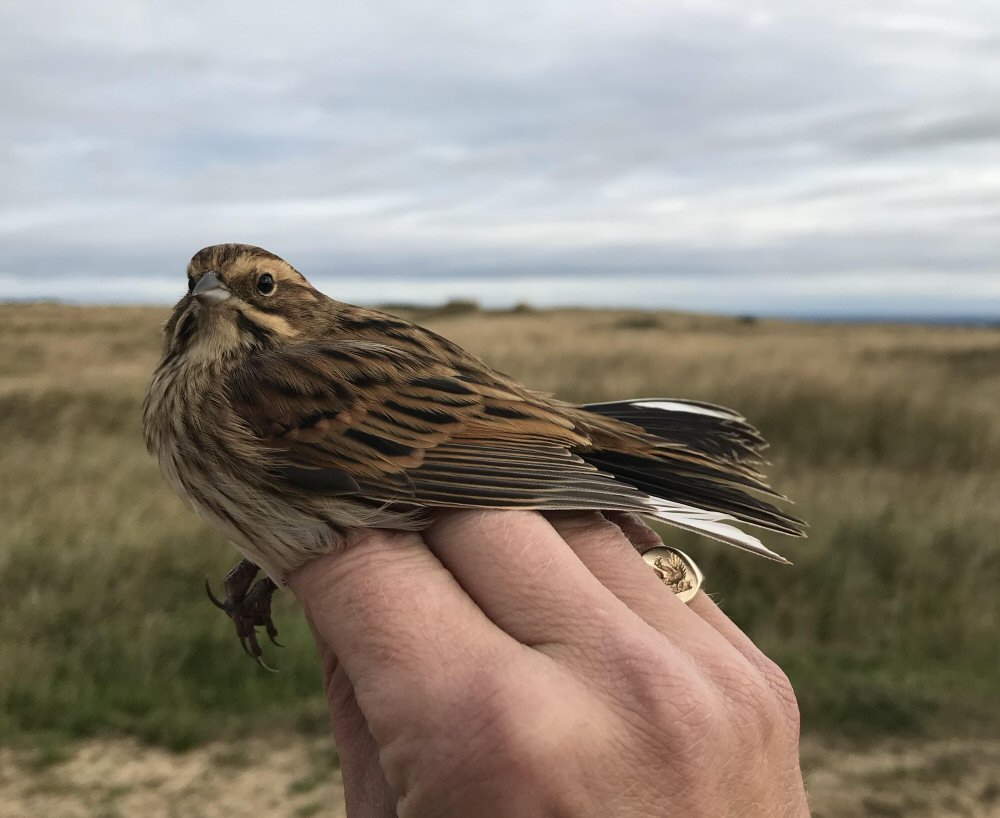 Thank you to everyone involoved in this special conservation project including Brian and Ian who strimmed the net rides.

The Annual General Meeting will be held via zoom. Please contact the Reserve Managers if you would like the link to participate.

An opportunity has arisen for 3 people to join this recognised LANTRA course.

From first cuts to full-on felling, this five-day course will teach you all you need to know about using a chainsaw. This is a hands-on course that delivers both practical skills and health and safety guidance as well as demonstrating that you and your employer have completed sufficient training to meet the Provision and Use of Work Equipment Regulations 1998 (PUWER).

Booking for this is through KNW Training in Bedale, please contact them for details and costs.