Last week, some guest bird ringers from the Army Ornithological Society (AOS) joined members of the Swaledale Ringing Group to train together over a three day period. This enabled the ringers to learn from each other and to ring in several different habitats. The first day was spent at the reserve carrying out the eighth Constant Effort Scheme (CES) visit of 2021. During the day over 100 new birds were caught of which 38 were Bullfinches! As to be expected at this time of year there was a high percentage of juveniles including this Goldfinch. 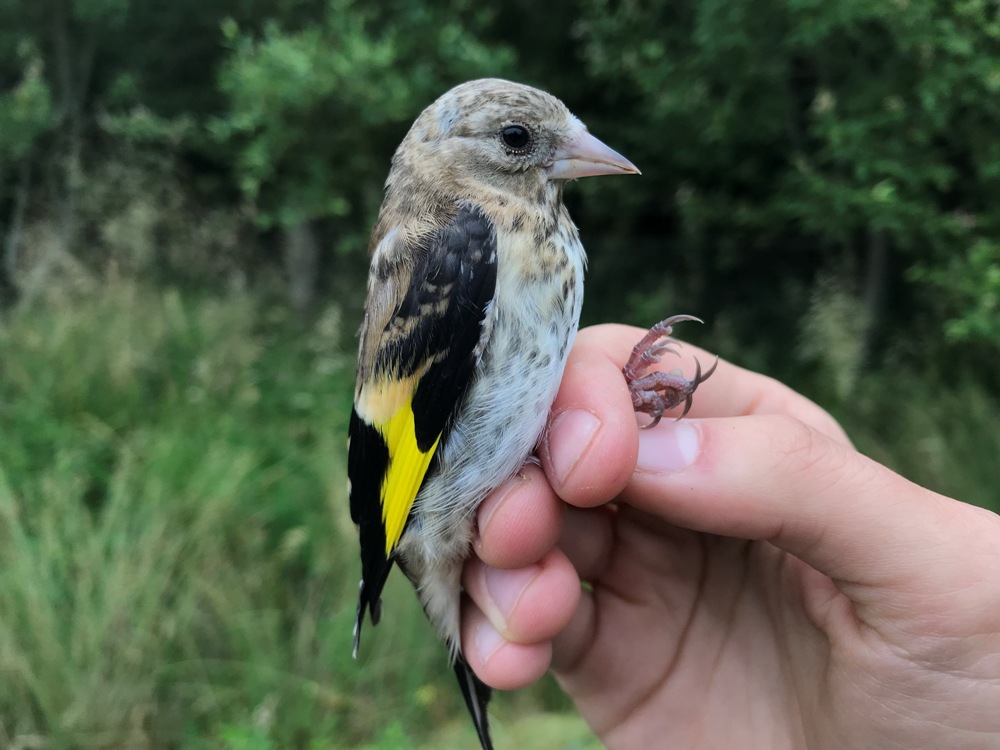 On the second day, the team headed to an area of maturing mixed plantation on the training area. Another 120 birds were ringed and one that had been ringed last year was retrapped. The woodland was teeming with juvenile Siskin and Redpoll. 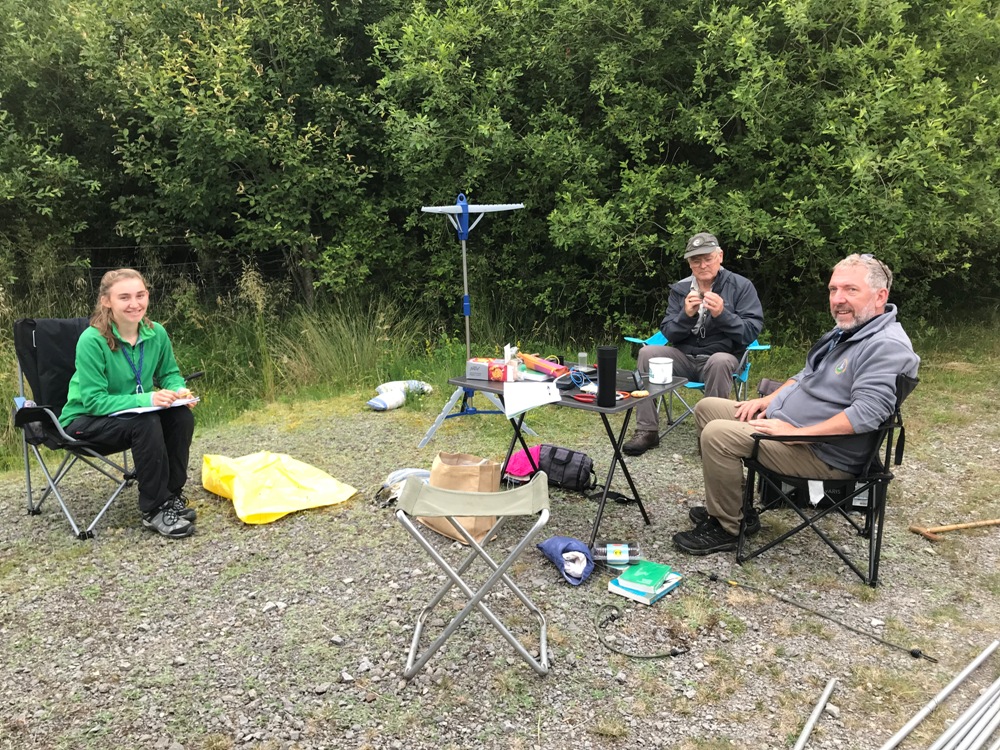 Many of the young birds were in their post juvenile plumage such as this Goldcrest with the first hint of yellow showing on its crown. 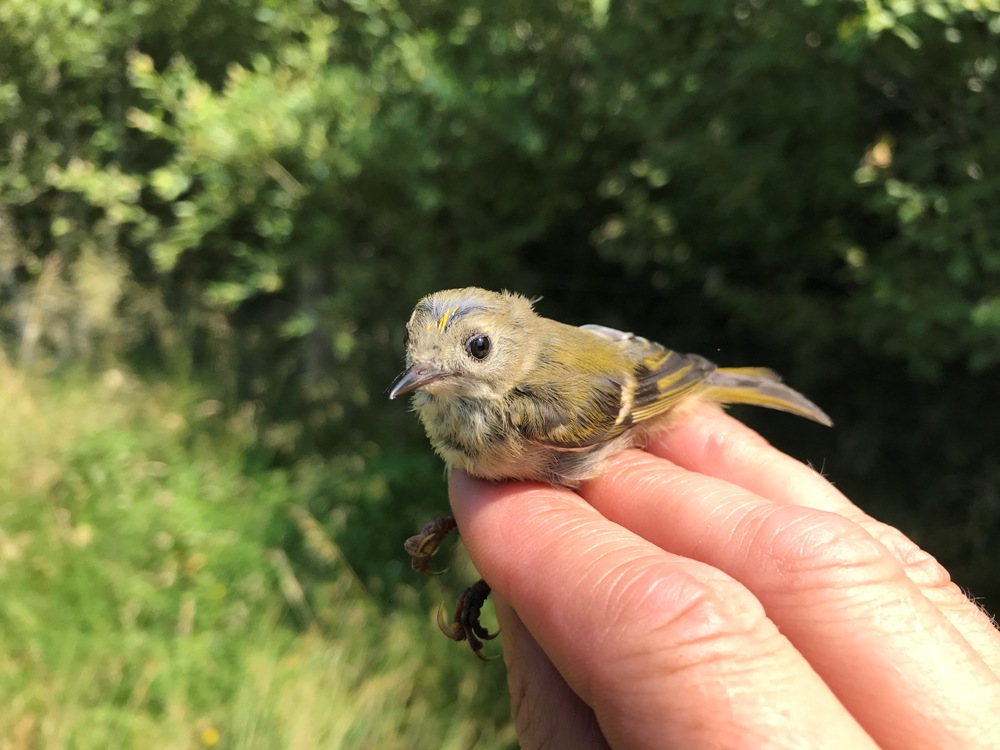 A real surprise was a female Woodcock. When temperatures are high they are known to try and keep cool by flying in circles and this could explain how it ended up in our mist nets on such a sunny day! 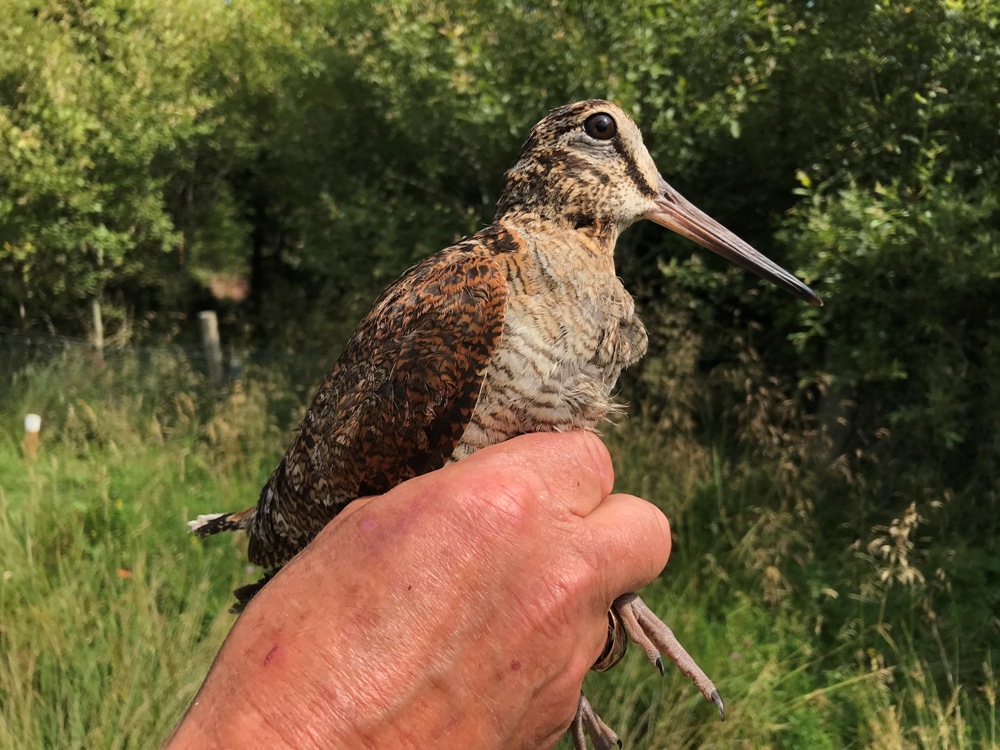 Day 3 saw the creation of another field ringing station! This time at Bellflask Fisheries adjacent to the River Ure where the main habitat is reedbed. 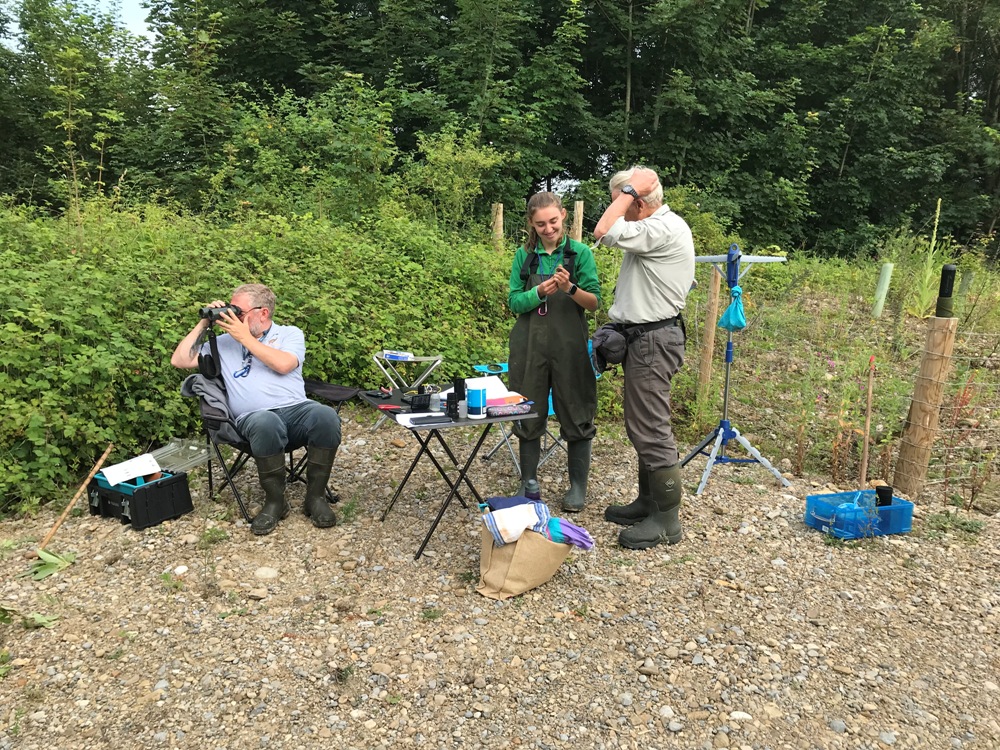 The most abundant species to be ringed were Reed Warbler and Reed Bunting. 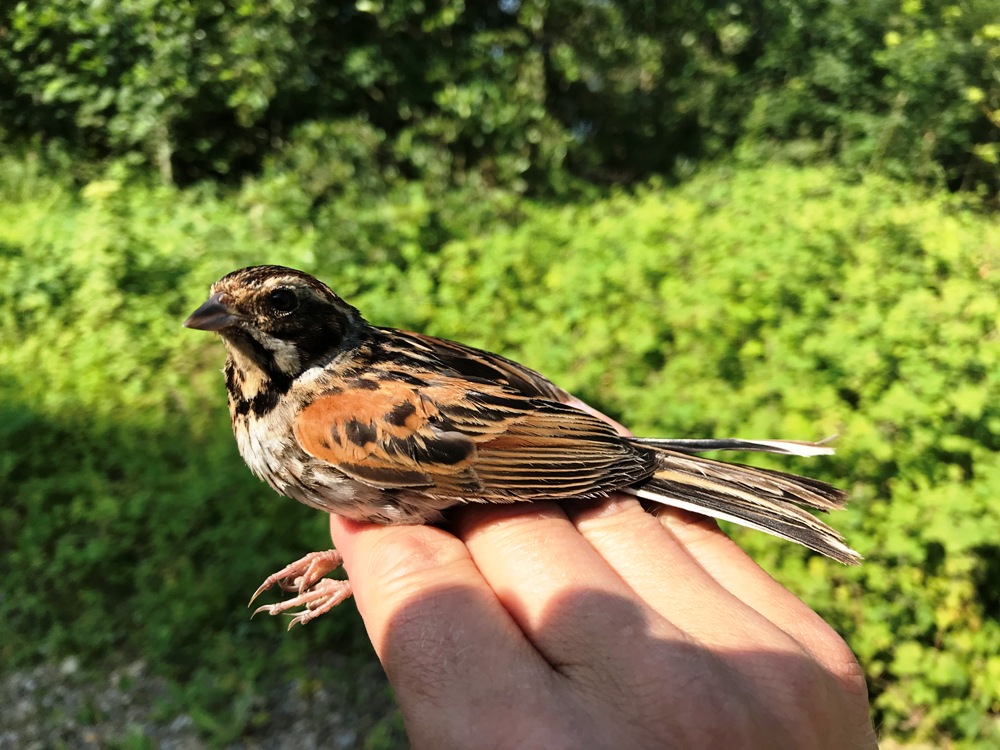 A highlight was a Grey Wagtail (a first year male). 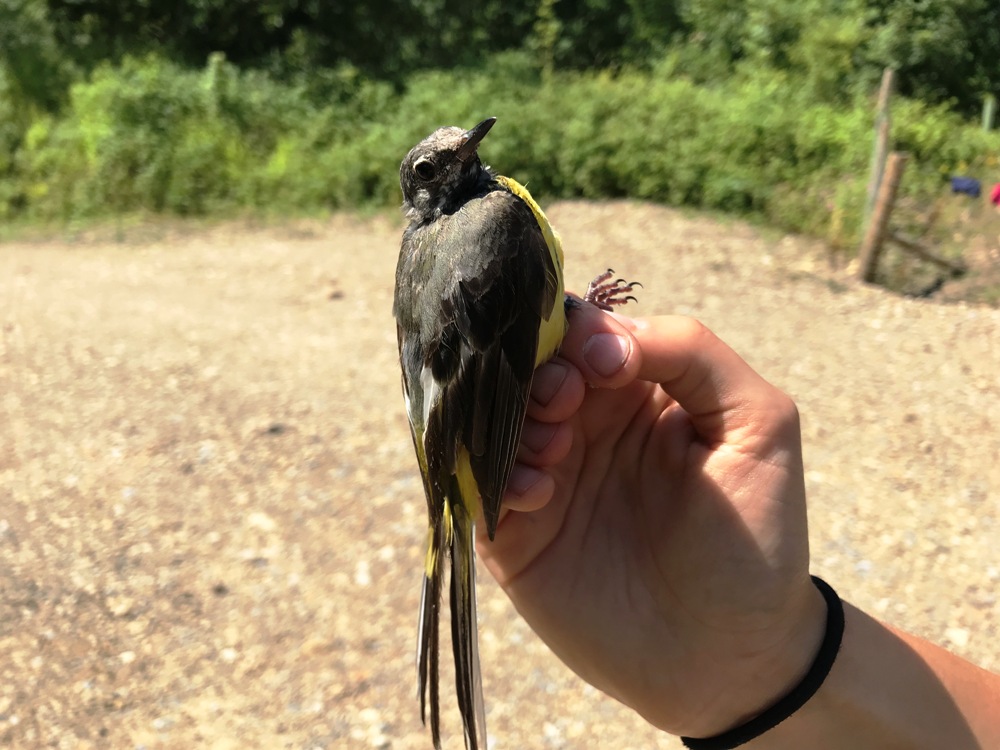 The icing on the cake however was a Willow Tit that was caught alongside a few Marsh Tits. These two species are very similar with just a few subtle differences to tell them apart. The black crown on a Willow Tit is less glossy and slightly different shaped to that on a Marsh Tit. The former also has slightly off white cheeks (compared to white ones on a Marsh Tit). It also has more buff flanks and a slight flash of colur on its wing compared to the Marsh Tit. 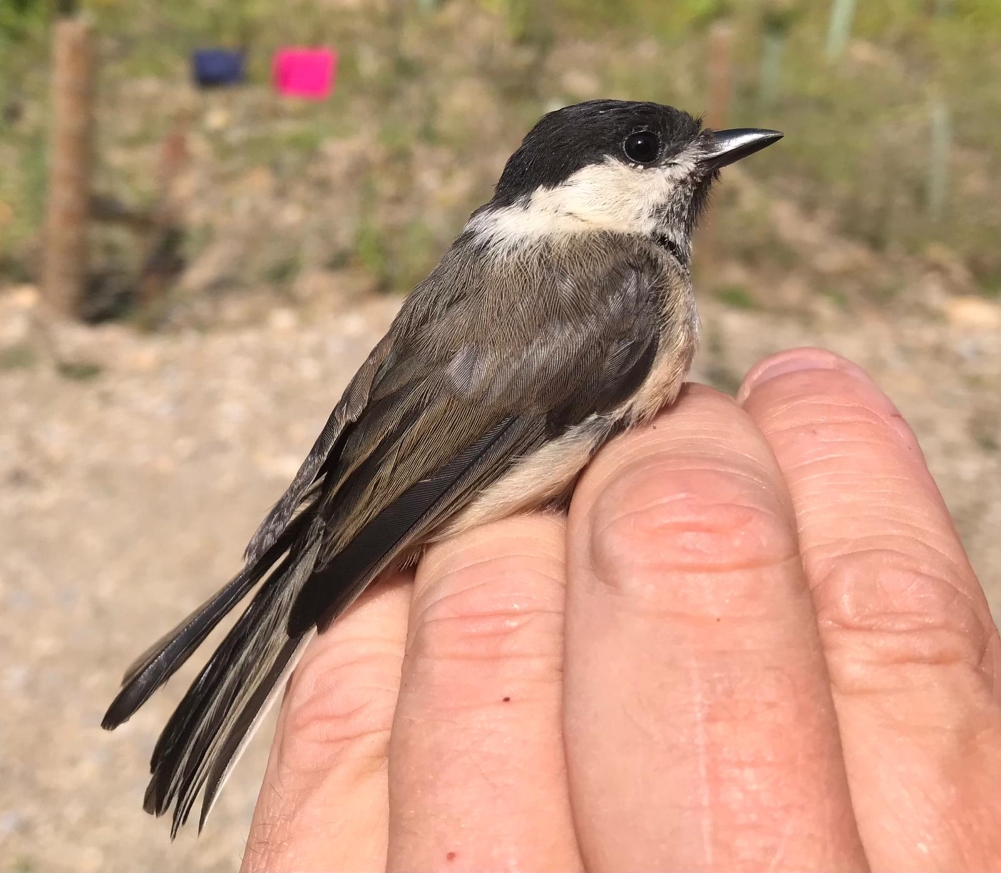 In total 287 new birds were ringed over the three days.Our sincere thanks to the members of the AOS who travelled a long way to join us, Ian Tunstill for helping to prepare the net rides, the MOD for allowing access and to Brian Morland of Bellflask Fisheries for permission to ring on his site. Thank you to Janet for keeping looking after visitors to the reserve while the staff were off site!