There was a pleasant surprise in store for some of the bird ringers this morning when a Yellow-browed Warbler was caught in one of the mist nets. The Yellow-browed Warbler is a strongly marked bird with distinctive wing bars and eye stripe. It is only just smaller than a Chiffchaff and not much bigger than a Firecrest, with which it can be easily confused if seen briefly. This is only the second time that this beautiful species has been ringed at Foxglove. The closest breeding grounds for this bird is the Russian Urals however, it is a frequent - and increasing - vagrant to Britain and Ireland. They are most often spotted on the East coast where they join flocks of Coal Tits. They winter mainly in tropical South Asia and South-east Asia, but also in small numbers in western Europe. On migration they will feed in any cover they can find although they seem to have a preference for Willow and Sycamore both of which grow on the reserve. 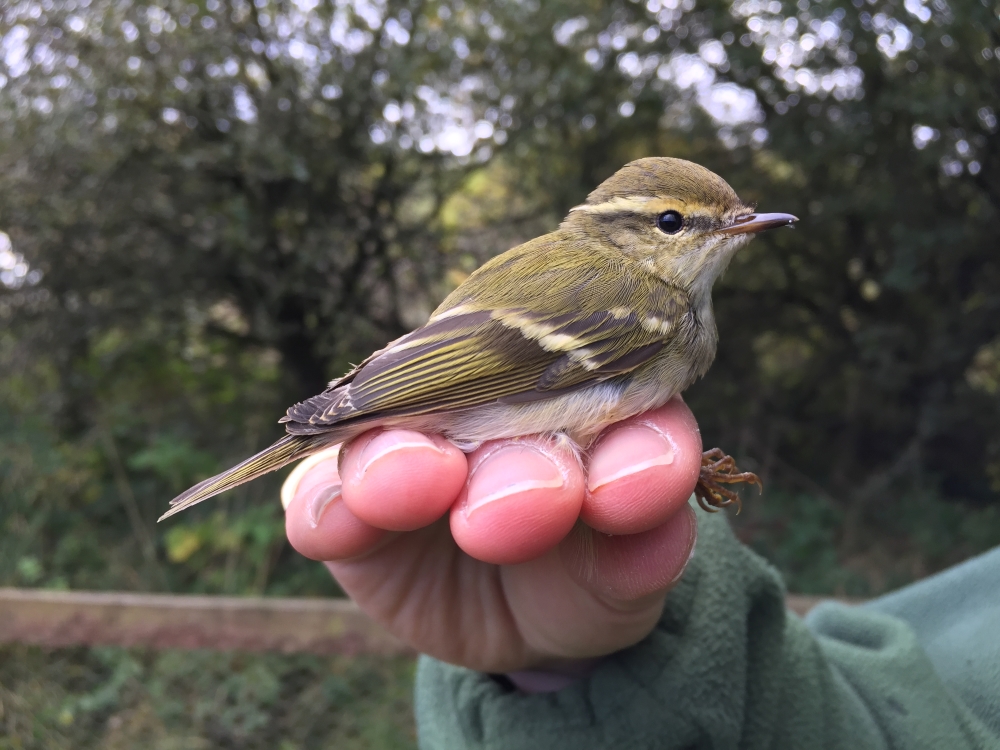 Redwing have started to arrive on their migration from Scandinavia and the first one of the year was ringed at Foxglove today.  Redwings like hedges and orchards as well as open, grassy fields. They will come to parks and gardens. Often they join with flocks of Fieldfares. 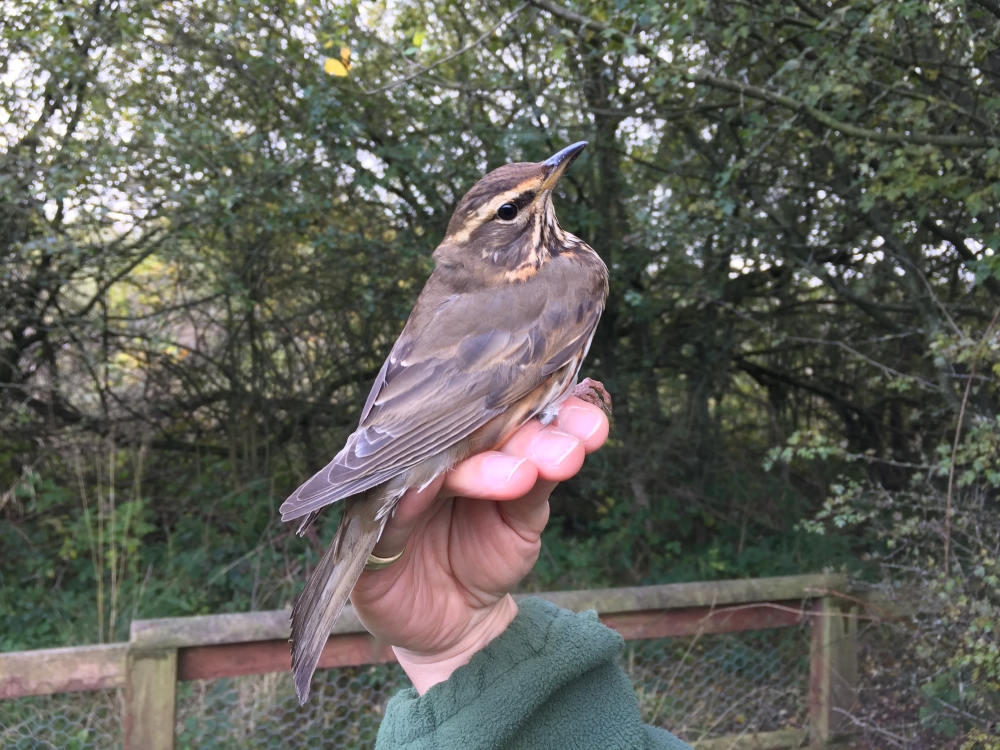 Another stunning bird was this adult, male Redpoll. They are only slightly bigger than a Blue Tit and are streaky and brown with patches of red on their head and in the case of the males, their breasts. They used to be winter visitors to the UK but now breed here. 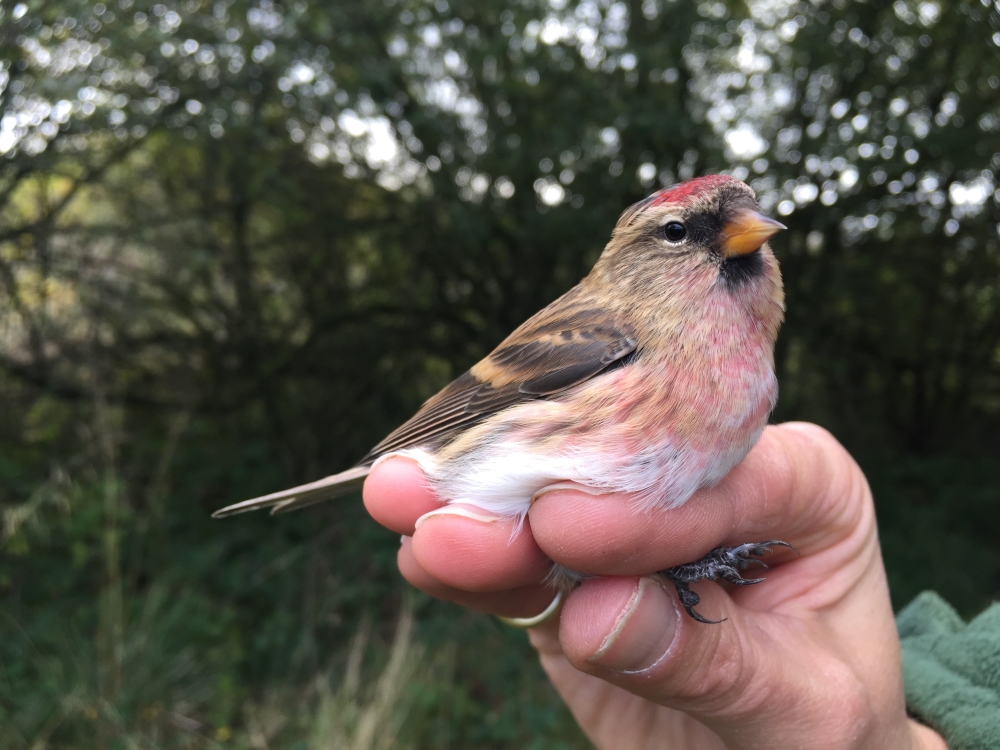 Several young Goldcrests were ringed during the morning. Some of the smallest birds in the counttry (this one weighed only 5.0g)! Such a tiny bird would seem to be no candidate for long distance migration.  However, ringing has shown regular movements from countries around the North Sea and Baltic into Britain for the winter. One has even reached us from Russia and several from Poland, though Norway, Sweden and Finland are their usual points of origin. It seems amazing that any of them can survive two journeys as well as the cold weather but some clearly do, as several Goldcrests ringed here in winter have been found back home in Fennoscandia. 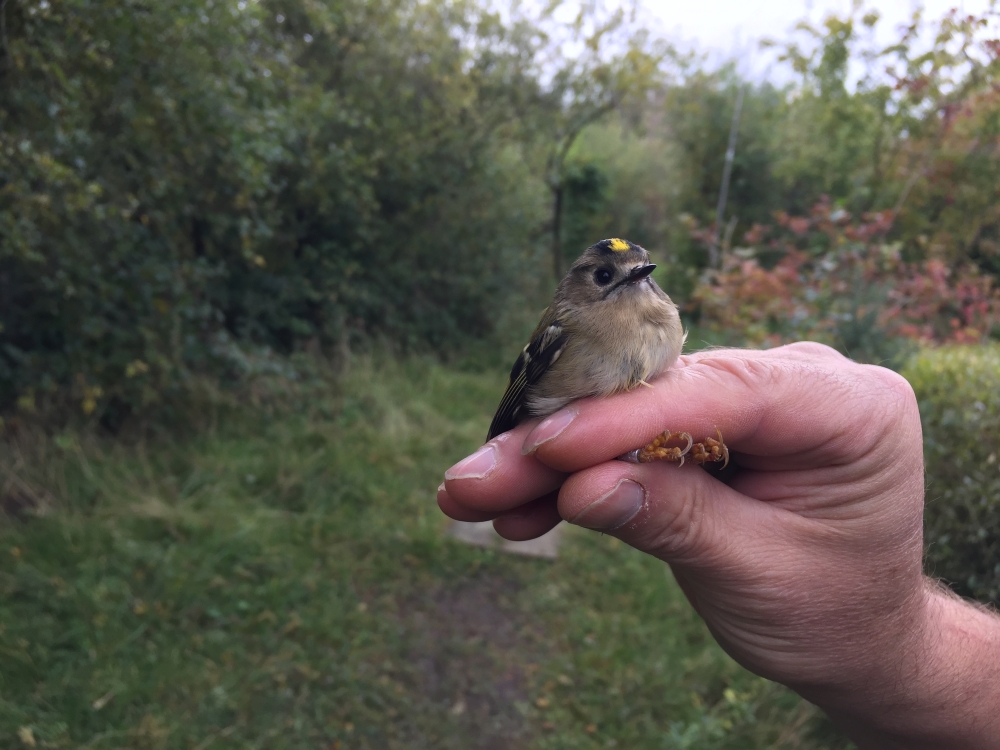