A rescued Tawny Owl was brought to the reserve to be ringed before its release back into the wild. It had been found laying in a main road in the Dales, wet and bedraggled. After some TLC from a local 'owl man' it is fully recovered and will go back into its natural habitat over the next few days. 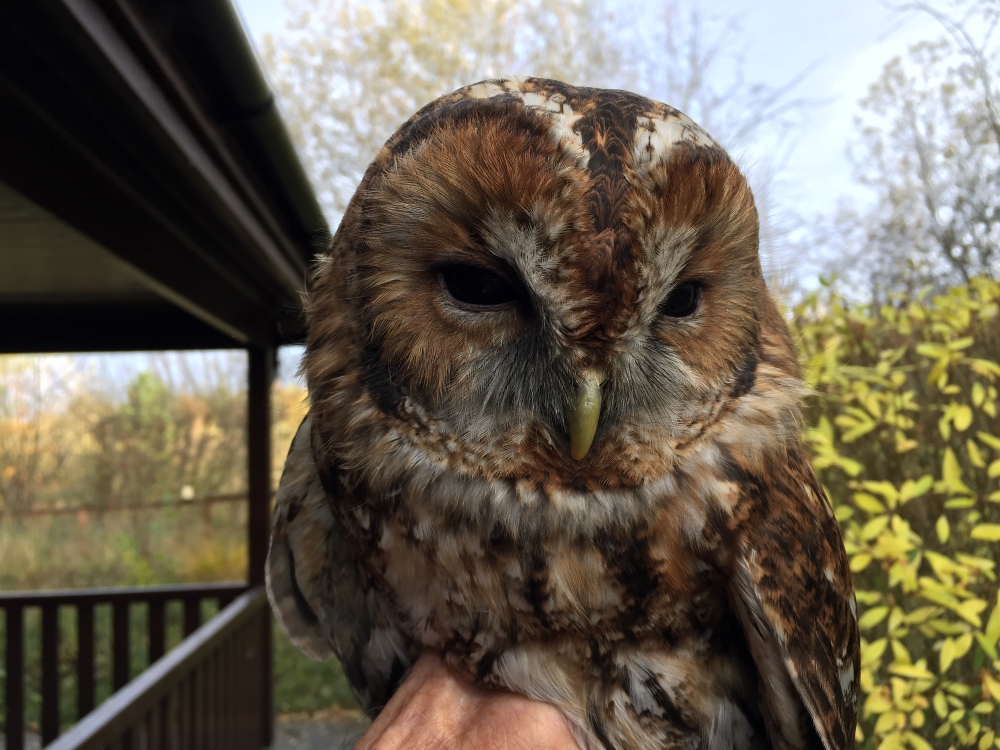 Due to the heavy rain, the Foxglove team of volunteers have been working in the conifer woodland where it is well sheltered. They have been thinning out some of the small Sitka Spruce to allow more light into the forest floor. Once felled, the side branches were trimmed off with a chainsaw - a process known as 'snedding'. 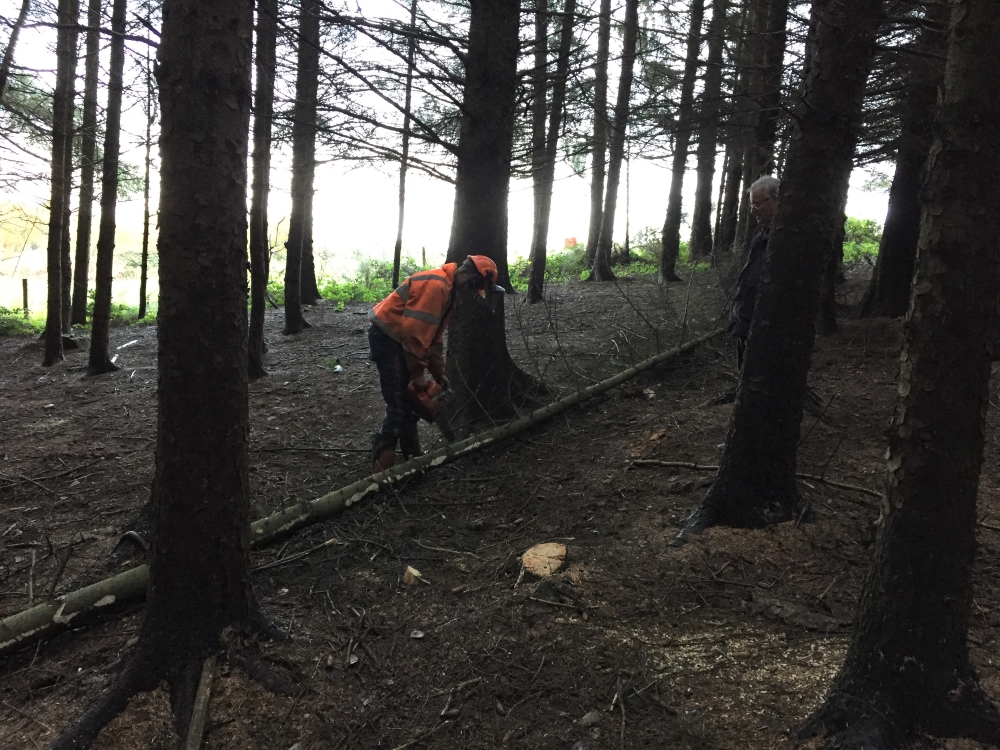 The wood was then graded into different piles; one for woodchips, one for path edges and the brash for the bonfire. 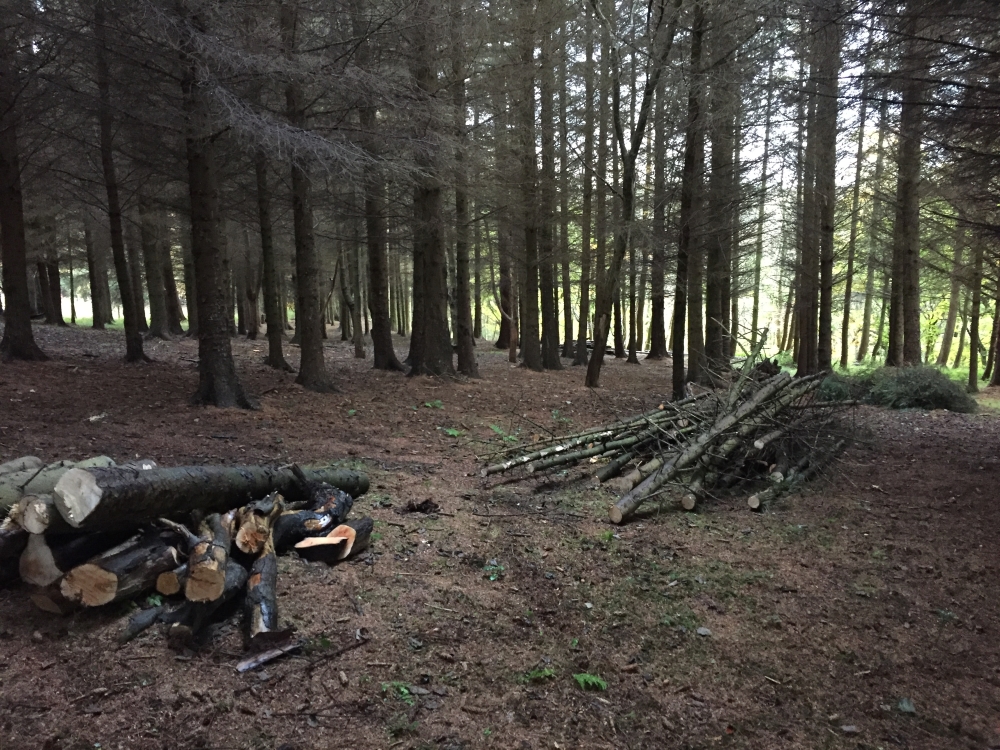 As usual, the amount of brash was surprising! 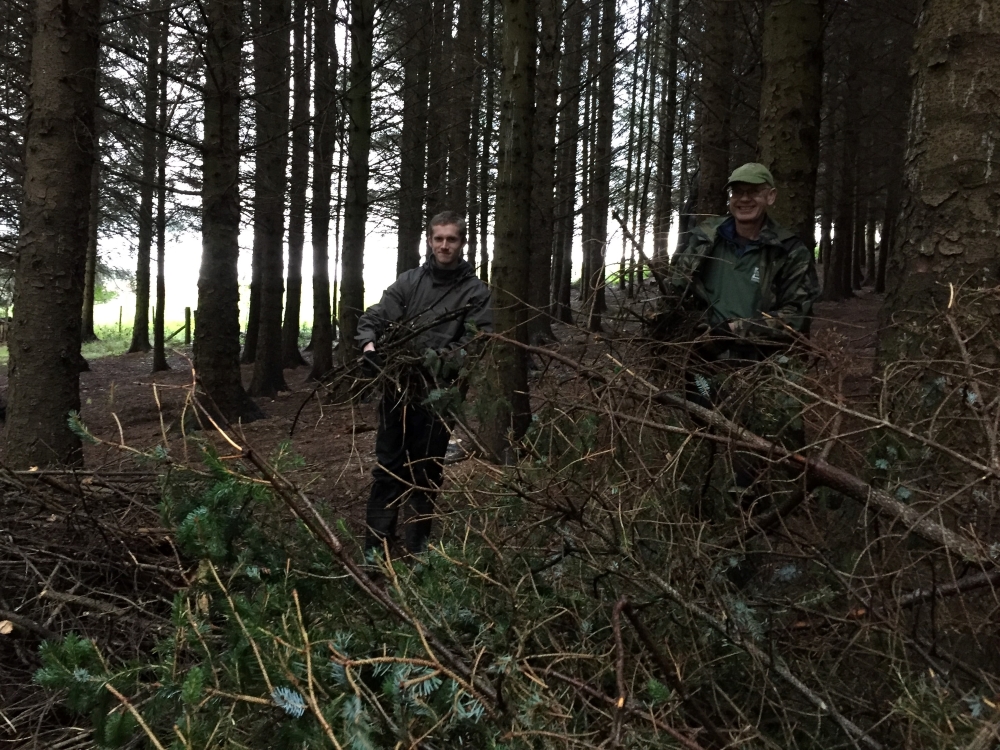 It was a chilly day and the bonfire was a welcome source of heat for the workers. 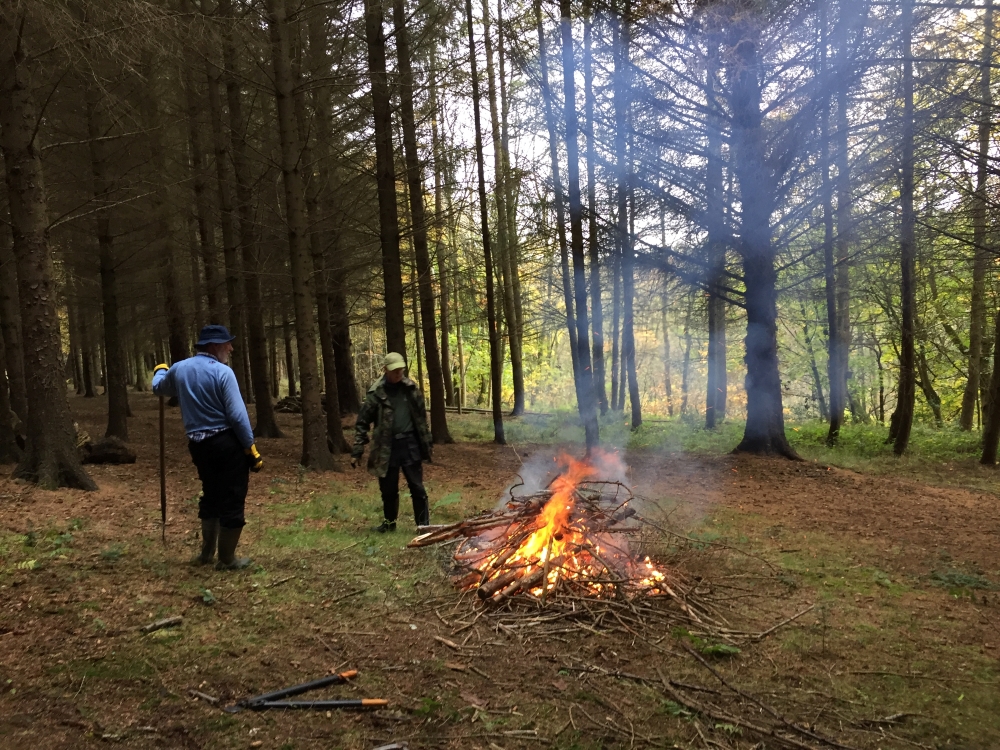 Especially for Richard who needed to warm his hands up after carrying several rucksack loads of boulders to a boggy section of footpath. 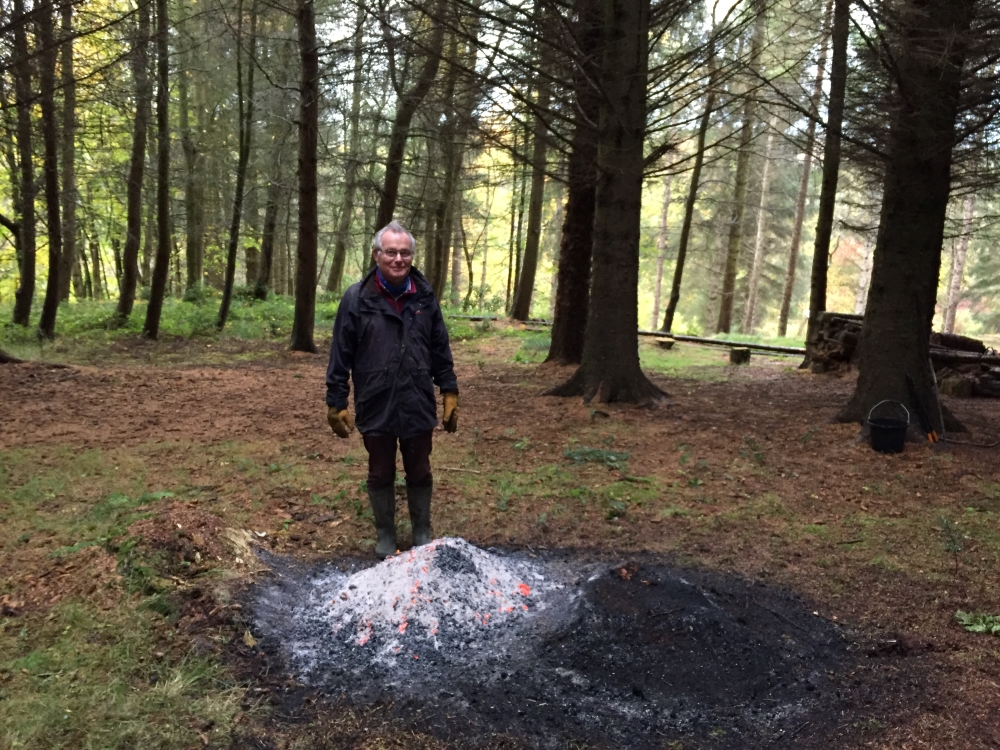 There was a shocking lack of jacket potatoes but this will be put right later in the week! The end result of the thinning was clear to see and the extra light coming through the remaining trees was significant. 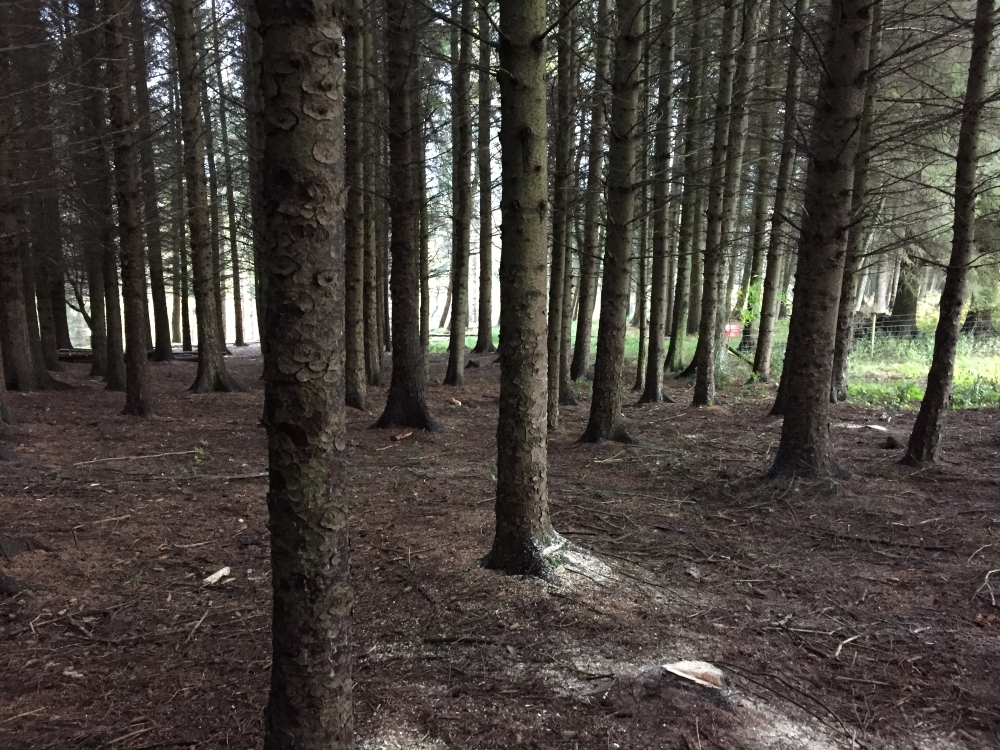 From high up in the woodland, the sounds of children enjoying the pumpkin trail could be heard. This has proved to be very popular and the pumpkins are bearing up well in the wet weather! 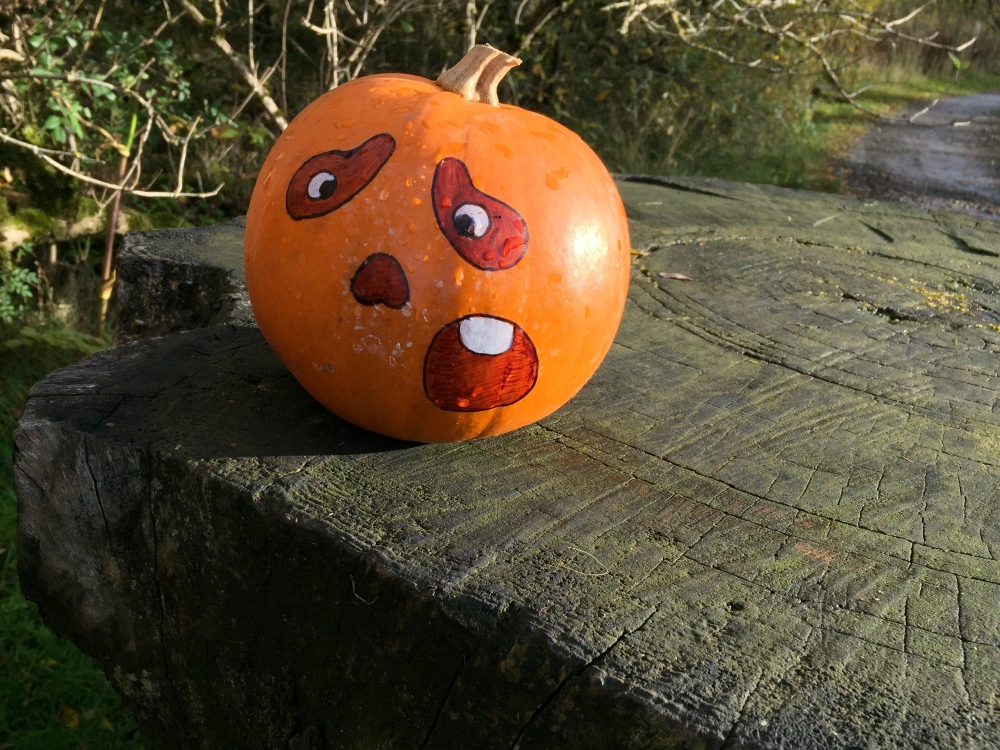 A self guided trail around the Red Route (pushchair and wheelchair friendly) to look for natural clues. Help Edward the Elf to find all of the ingredients for his magic potion and learn some fun facts along the way. He needs lots of items including twigs, feathers and autumn leaves. 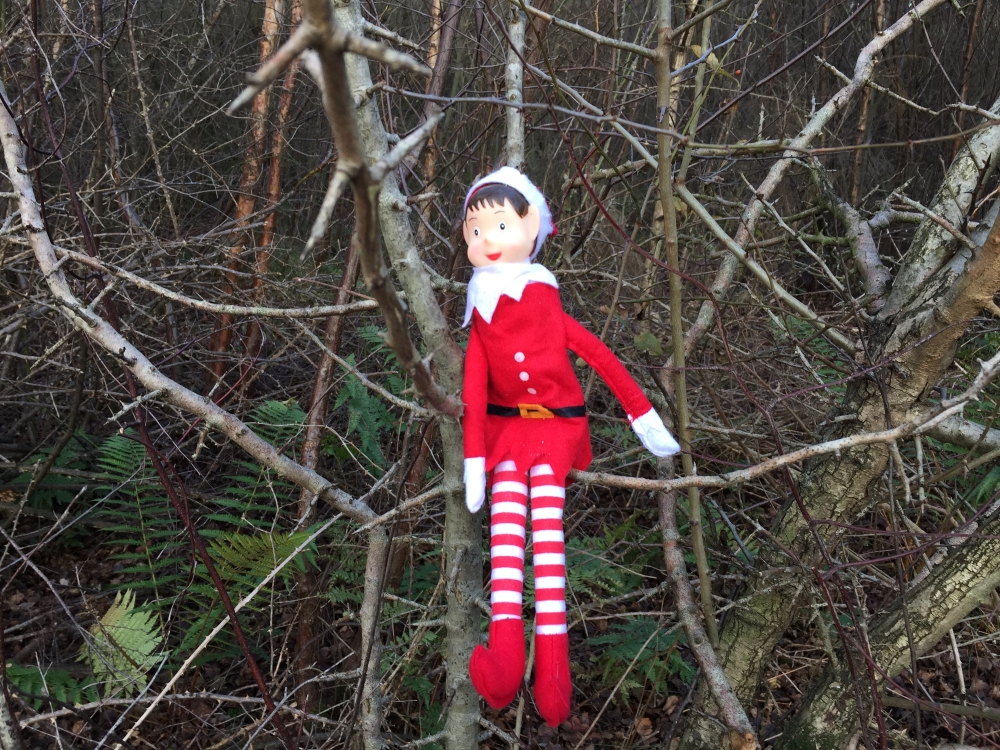 No need to book as this is a self guided activity, just pick up a clue sheet from the Field Centre (only 50p) and bring your own pencil from home to tick of the items when you see them. If you spot Edward the Elf on your way around then please take his photo and upload it to our Facebook page!