We are setting the moth trap most Tuesday evenings, unless the forecast is poor.  There have not been many moths in the trap, but several have been found on the Field Centre walls.  On Wednesday it was 2 on the back verandah and 4 in the trap!  They were all the same species, Pale Brindled Beauty - the first time this moth has been caught this year.

The female of this species is small and flightless.  It is the males that come to the light.  Their colour varies from light with a pattern to dark.  We were lucky to get both.   This is the lighter one. 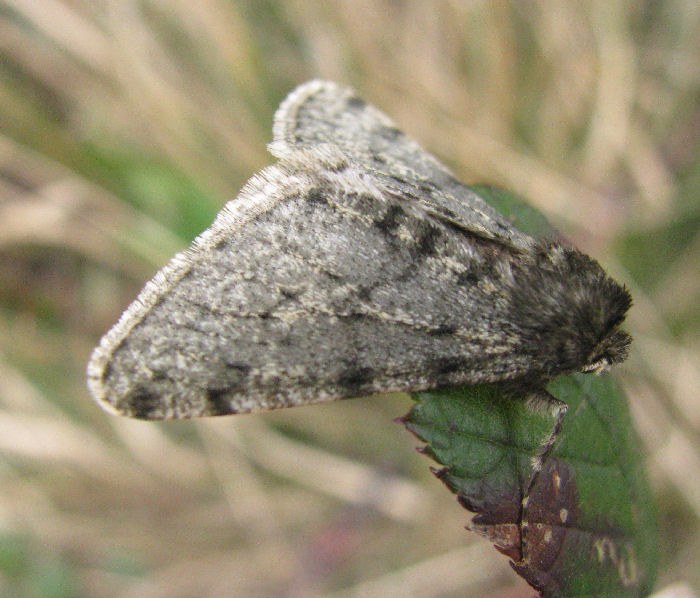 This the darker one. At first glance we wondered if the two were the same species. 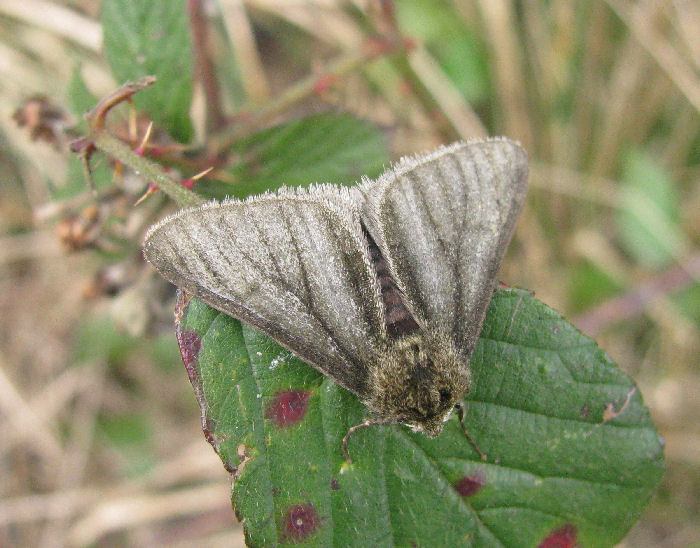 The abdomen of newly hatched moths of this species is pink and if you look closely between the wings on both photographs you can see pink.

When photographed, head on, the furry head and legs are easily seen,  Notice also that the legs are striped!  The antenna are carefully placed around the head. 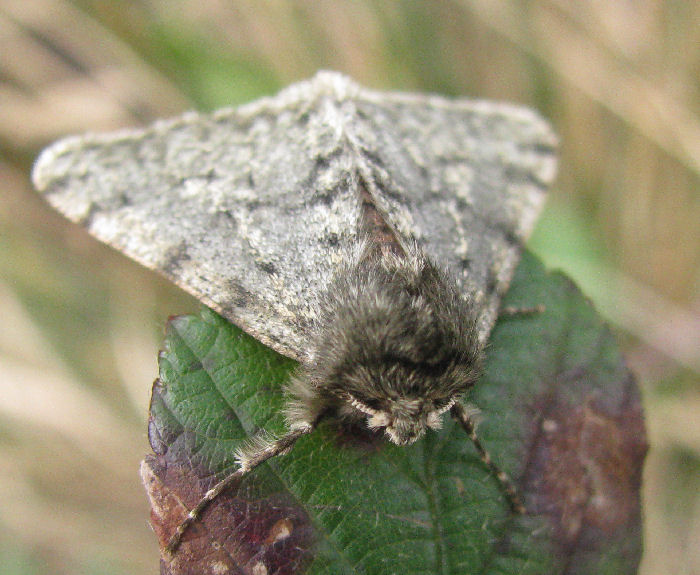 At times they will uncover their antenna and you can see that they are feathered.  (Thanks to Brian for standing still whilst this photograph was taken!)  They take care of their antenna and regularly clean them with their front legs. 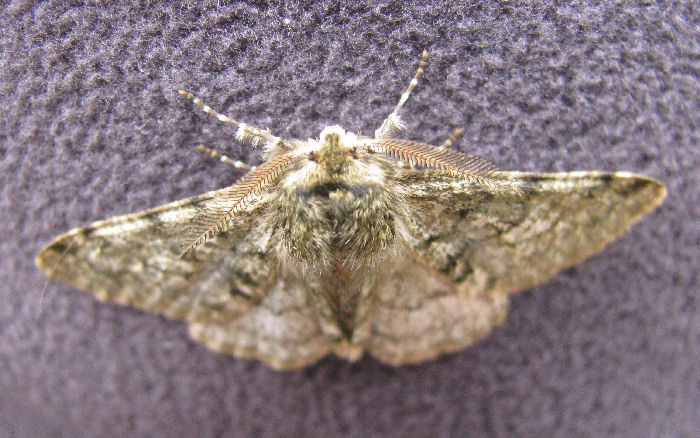 They overwinter as a pupa in an underground cocoon - for up to six months - and are on the wing from January through to March.  The food plants of the caterpillars are broadleaved trees including oaks, birch, Hawthorn, Blackthorn and apple - of which we have a plentiful supply.

Many thanks for this information: I enjoyed reading such an in depth account with appropriate photos to illustrate the text. I had to look up “brindled” in the dictionary. Evidently it means ‘marked with spots or streaks’: this seems a very suitable description.