Last year we put the moth trap out nearly every Tuesday night unless the weather was very poor.  There were several nights with no moths, so we decided this year that we would check the weather and if we thought it would be 'good moth weather' the trap would go out.  Last night was good and we were rewarded with 31 moths of 6 species and lots of midge like insects.  The majority of moths caught were December Moth.  Surprisingly its flight season is from early October through to January.  It overwinters as an egg, attached to a twig or a tree trunk.  Broadleaved trees including oaks, birches, elms, poplars, sallows, Hawthorn and Blackthorn are all food plants of the caterpillar from April until June. 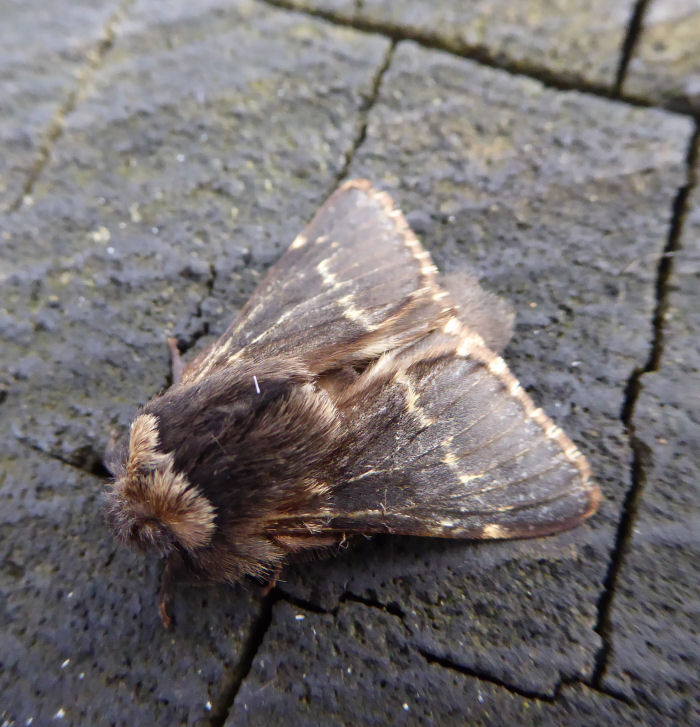 We also caught some Mottled Umber and this is a moth that can show considerable variation, as these three do. 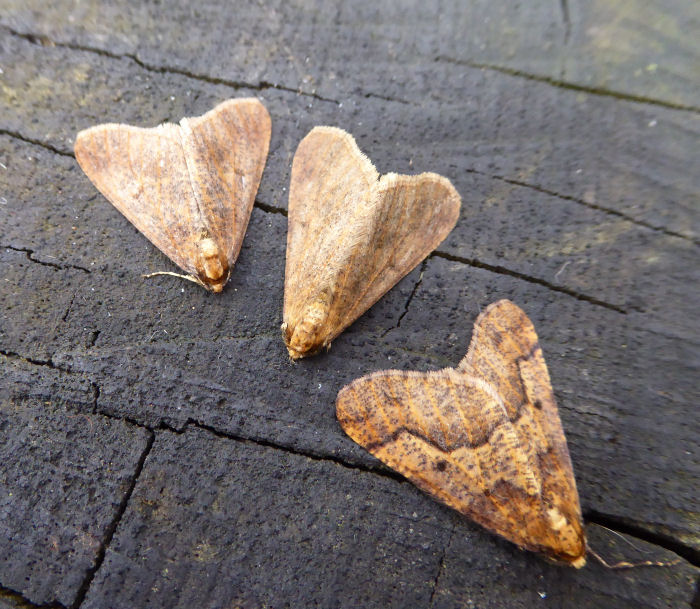 Moths and books were examined closely to ensure that we had the correct species.  Conversations were quite scientific!  It has the splodge that it should have.  It's got that white bit.  Has it got all its wiggly lines in the right place? 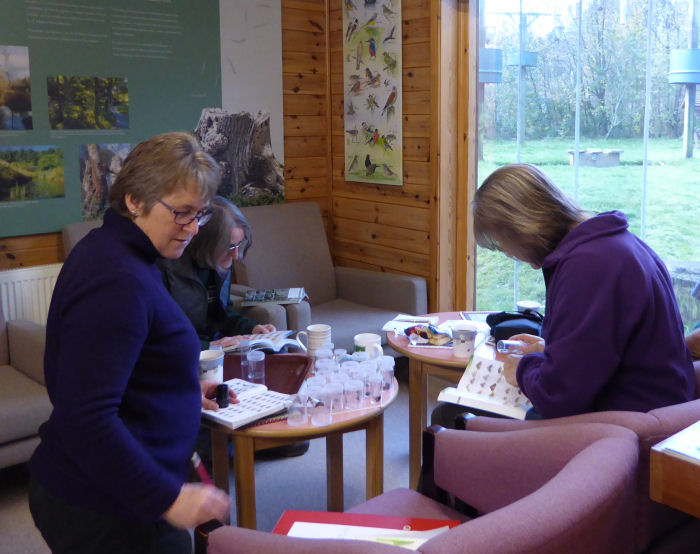 Another conversation started with the confirmation that a dropping was from a Fox and ended by confirming that male trees still had flowers - how we finished up at this point we were not sure!

It was also moving day for the ponies.  A well laid plan was executed perfectly.  With quiet talking and careful walking, the ponies left their paddock, one behind the other, and walked quietly into their new one. 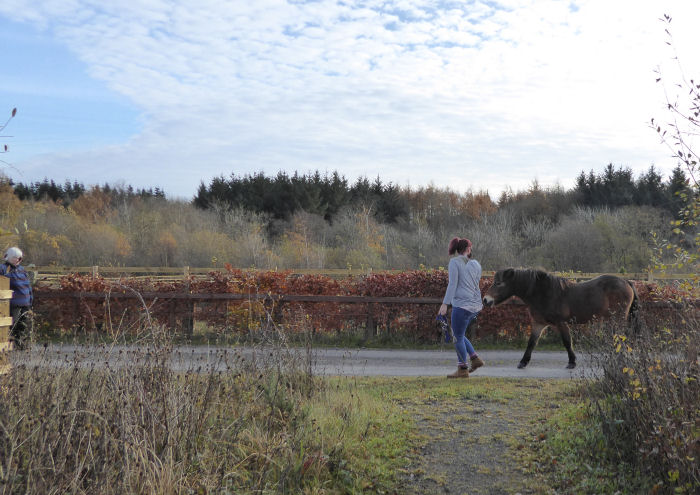 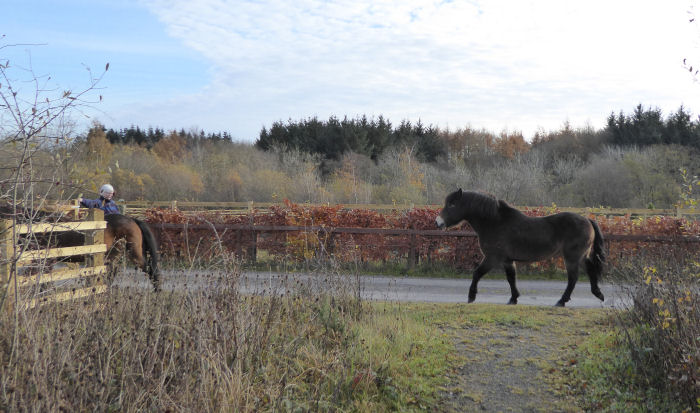 They settled immediately and began eating Gorse.  Taurus was happy to stop feeding, for a short time, to pose for a photograph.

Thank you to everyone who helped today.

A little piece of good news for you all - one of our Reed Buntings has been caught alive in Holland. That doesn't happen every day! Ringed FGC Dec 16, retrapped Oct 17 in Friesland.

A Chiffchaff caught last time we were out, came from Ladybank, Fife.

Come and learn all about the different  owl species that live in North Yorkshire. Find out what they eat by dissecting their pellets and identifying the contents.  Recommended for ages 7 years upwards.

Suggested minimum donation of £2.50 per person. Please donate in advance to secure a place.

Come along and find out which animals are living in some of the Foxglove ponds. Book a pond dipping session for your family bubble. There will be a socially distanced brief to set you off and then you can use the equipment for the remainder of the session. You will be requested to use hand gel on arrival and the net handles will be cleaned between sessions. Please call the Reserve Managers on 07754 270980 to book your allocated slot. You are advised to arrive 15 minutes before your allocated time.

Booking is essential. A donation in advance (card payment by phone) of £5 per family bubble is required in order to secure your booking.