There are many white butterflies around and people are reporting them in their gardens.  Unfortunately Red Admirals, Small Tortoiseshells  and Peacocks are rarely being recorded, probably because of the wet and the cold earlier in the year.  However in a sunny spell a Peacock fluttered into the grasses.  No way to get any sort of photograph so the vegetation was gently moved and the butterfly moved all four of its wings, making its eyes very apparent.  They appeared to blink! This was obviously the stategy to scare off the predator, me, but giving the opportunity of a lovely photograph. 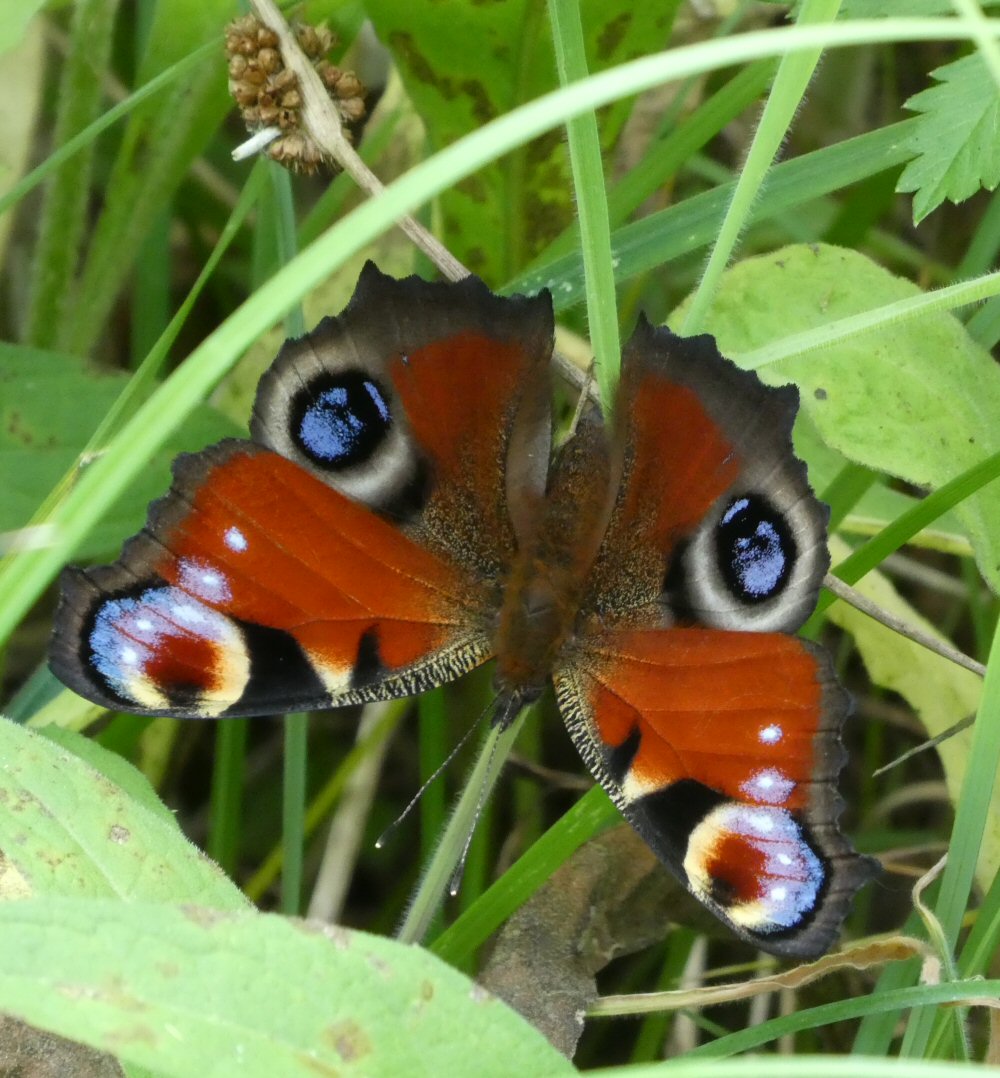 The late summer flowers are beginning to show themselves.  Last year Wild Carrot was in short supply with very few of their white showy heads to be seen.  We thought it was going to be the same this year but walking around there are more appearing. 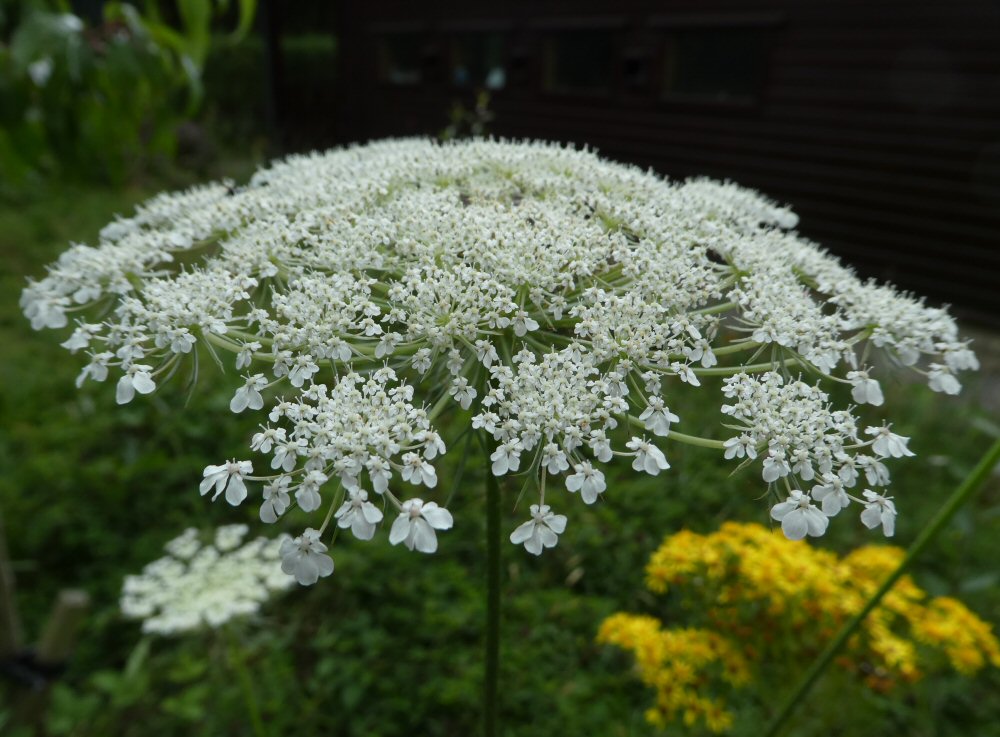 Yarrow is also in flower. 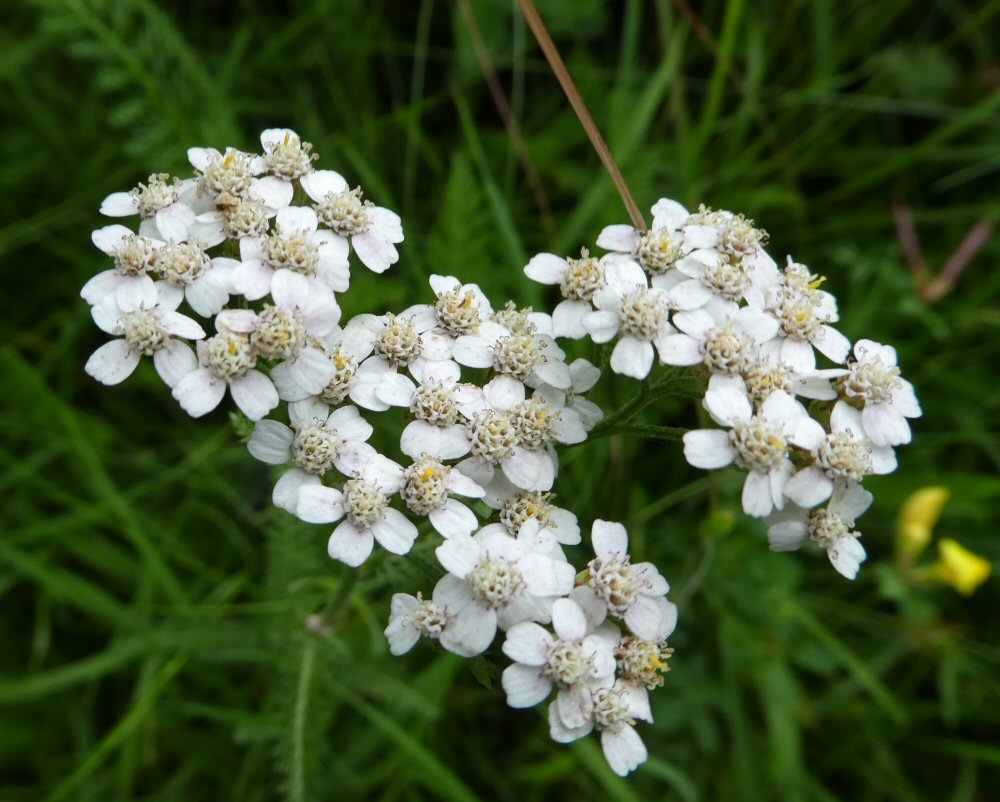 Teasels are doing well this year.  This is a biennial, taking two years from seed germination to flowering. 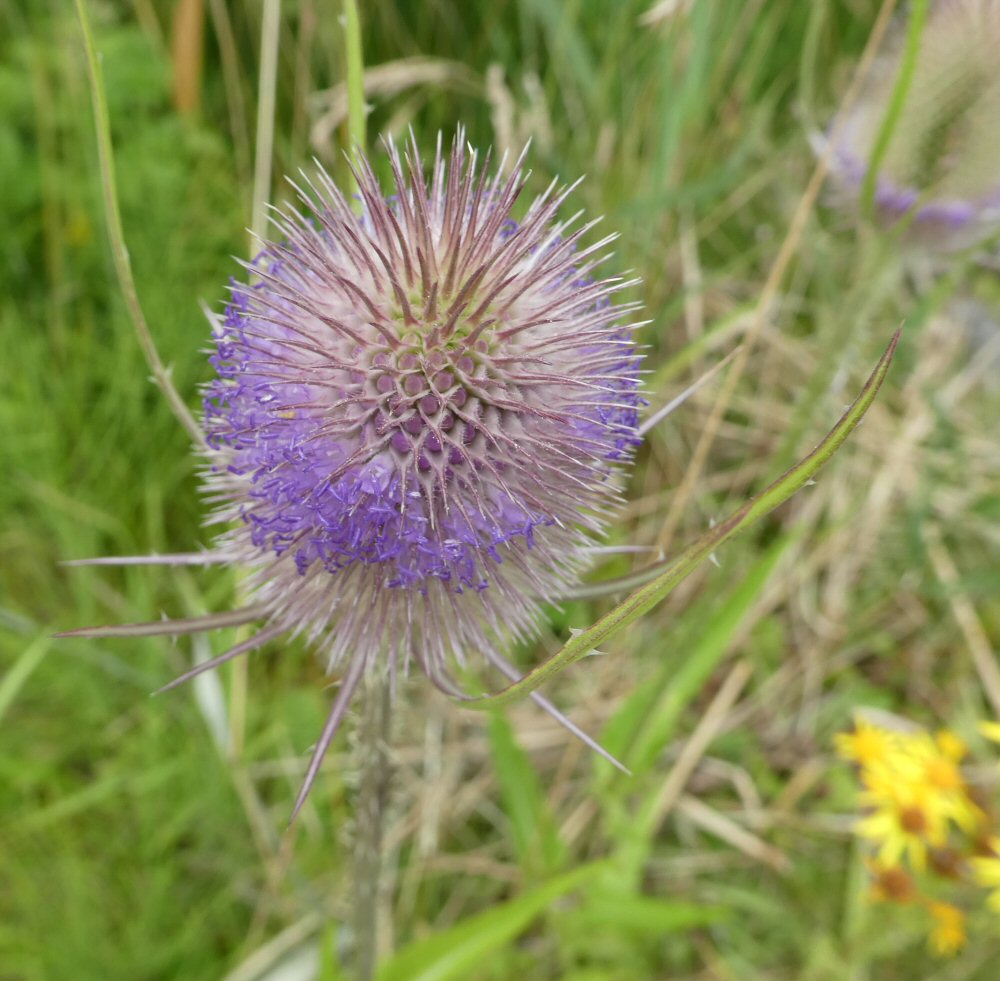 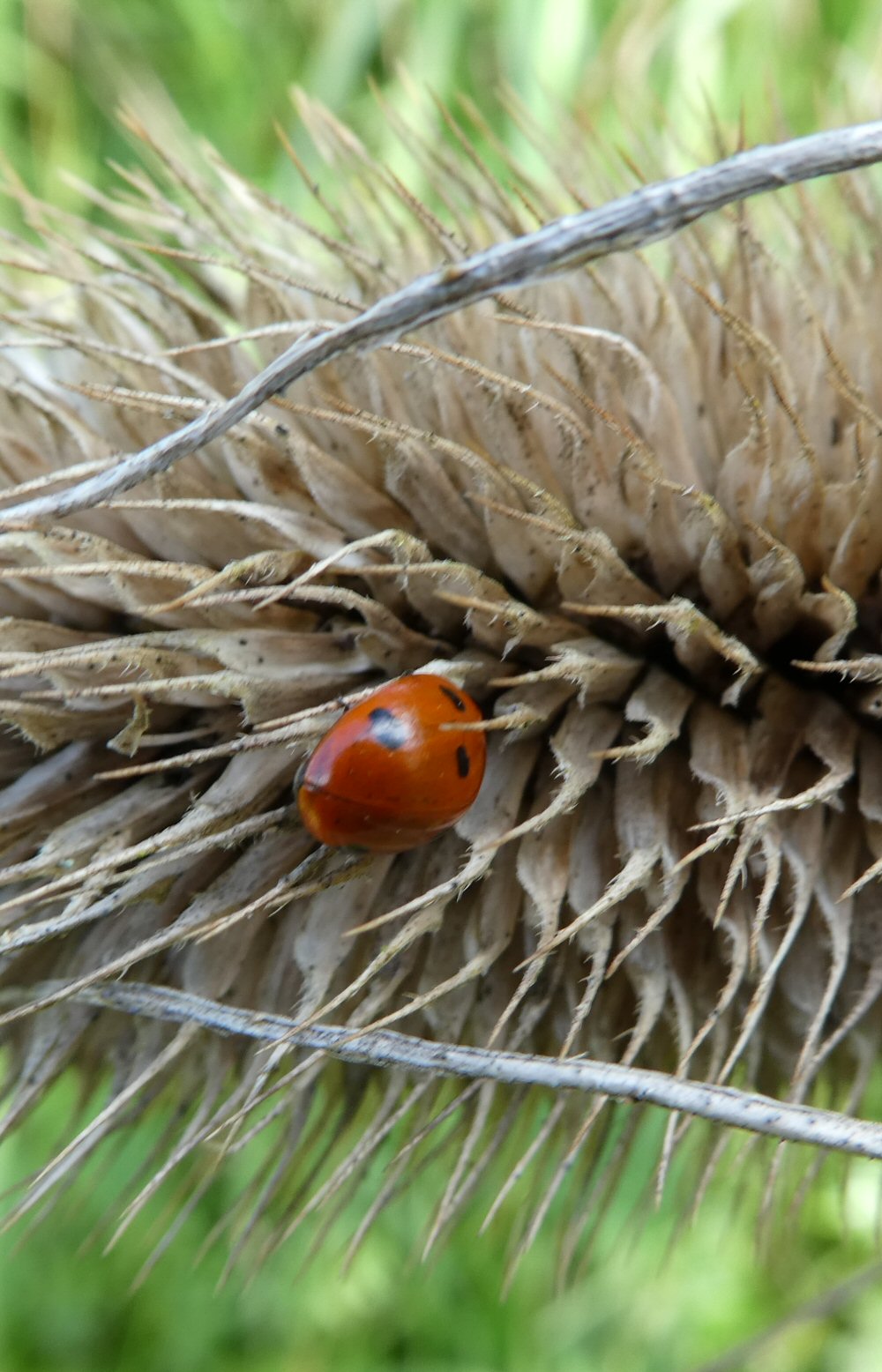 Late summer is also a time for some of the fruits and berries on the trees to ripen.  Guelder Rose berries are almost completely red. 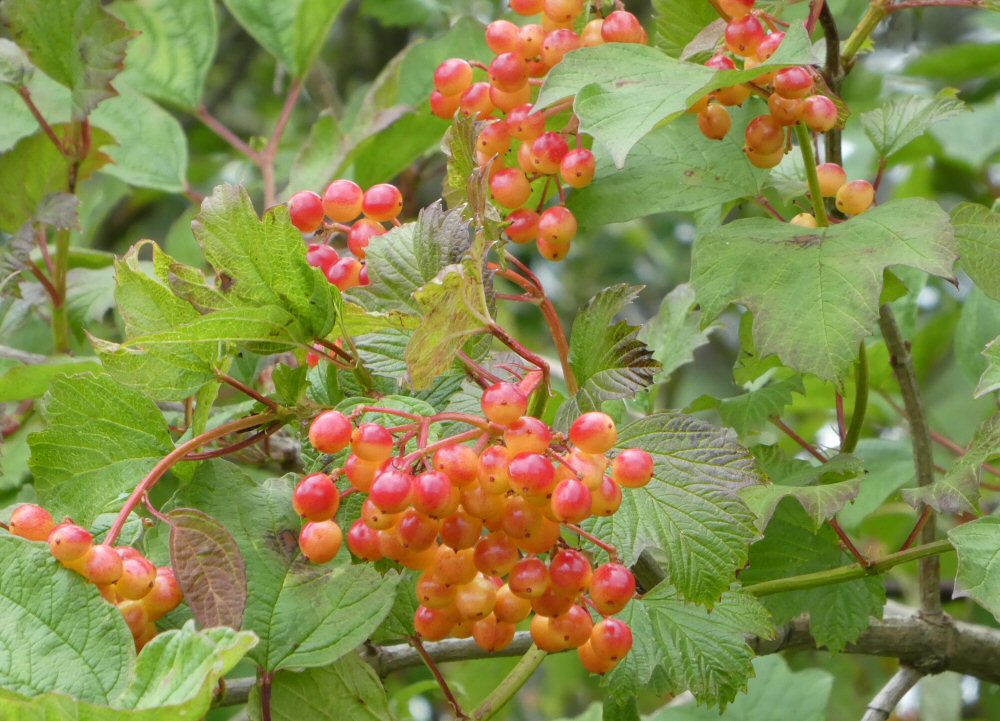