Having looked at the weather forecast and noted that it was not going to be 'flaming June', the moth trap was set overnight, so that the children would have some insects to look at.   The moth team were in early, collecting the moths and identifying them.  Some of the moths were reluctant to be removed from the egg boxes to the containers! 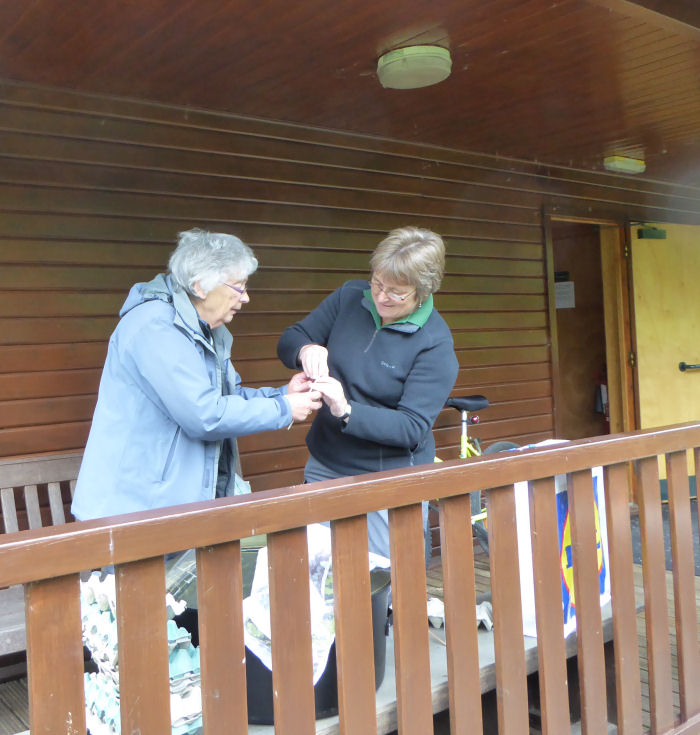 Inside they were identified. 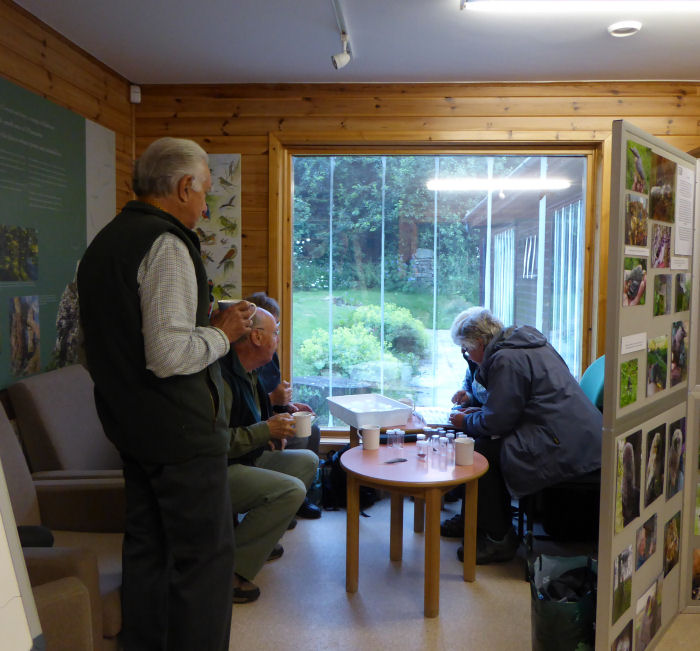 During a  break in this work Glennis and Colin discussed another project.  Watch this space. 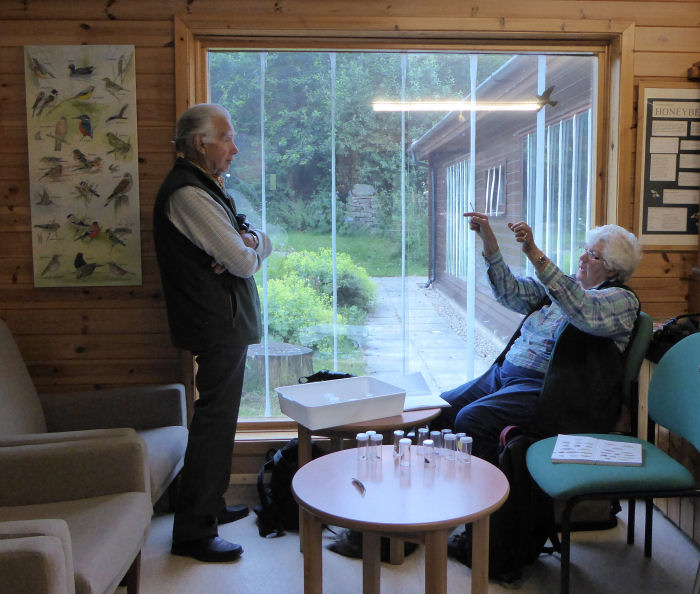 As the children arrived they looked at the moths. 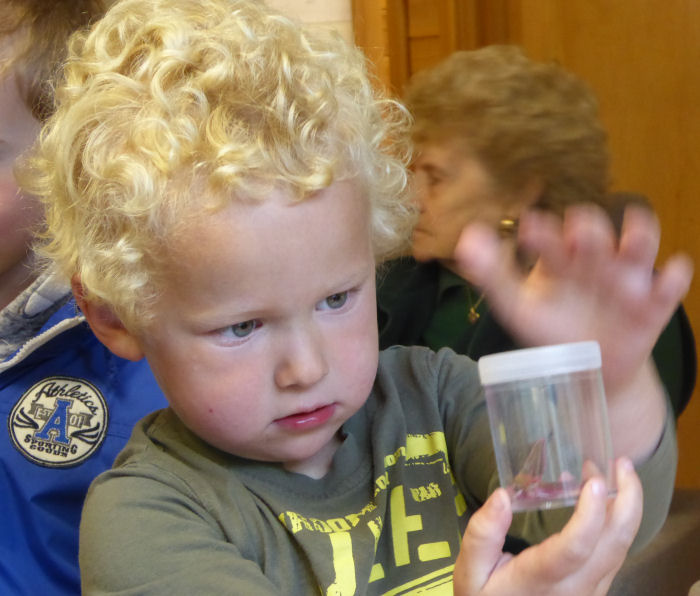 The list of moths caught included an Elephant Hawkmoth, Small Angle Shades, Silver Ground Carpet and shown below, the Snout. 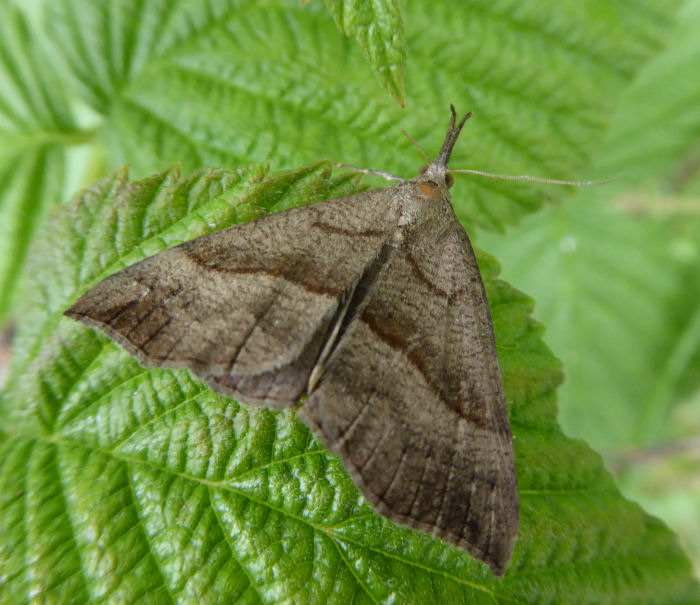 We set off and looked for insects, but due to the cold, damp, cloudy weather very little was seen flying.  However Whirligig Beetles and Pond Skaters were seen on the ponds.  A Ringlet butterfly was examined.  On the moor the children used the sweep nets and caught Snipe fly, flower bugs, micro moths and some small spiders.

Peacock Butterfly caterpillars, at least that is what we hope they are! are being recorded around the reserve. Some were spotted on the nettles on the far moor and the children were able to have a closer look. 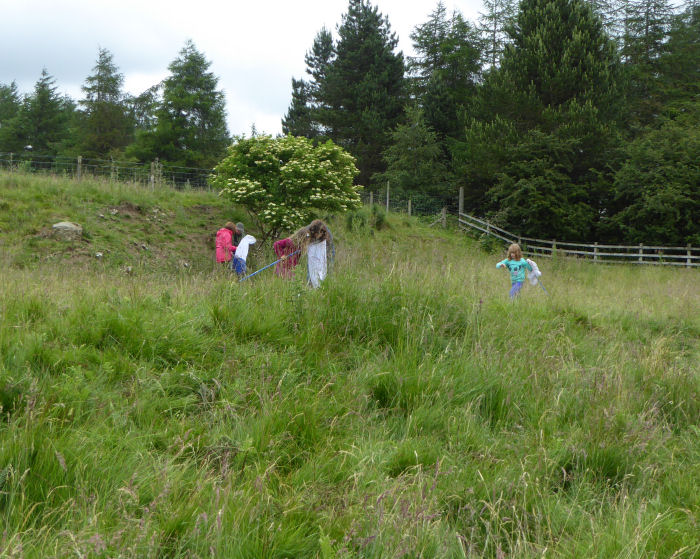 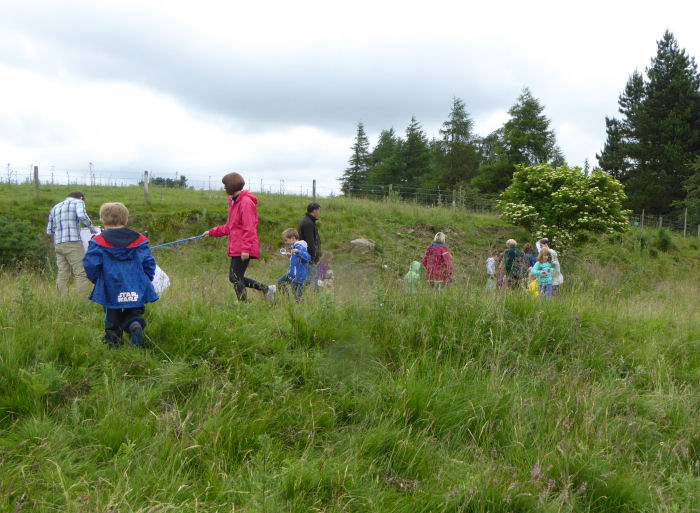 We just made it back to the Field Centre before a shower of rain.

Thank you very much to all the Foxglove volunteers who helped with the meeting today, as always your help is very much appreciated.  An attempt will be made to order some sun and warmth for the next Eco Club meeting!

An email from Adam reported that they had had a good time at Loch Torridon, ringing some Herons, Shags, Cormorants and Herring Gulls, but no terns.  They are now at Cape Wrath.  After two years where the weather has not been good it is looking better.  As Adam says 'fingers crossed that the forecast is right'.