With the thermometer hitting 20 degrees centigrade before we even opened up today we knew it was going to be a scorcher on the reserve. The bees got so hot by lunch time that the majority of them left the hive and settled on a tree in the back garden. We knew they weren’t swarming this time because the queen remained in the hive. After an hour or so they all made their way back into the hive. 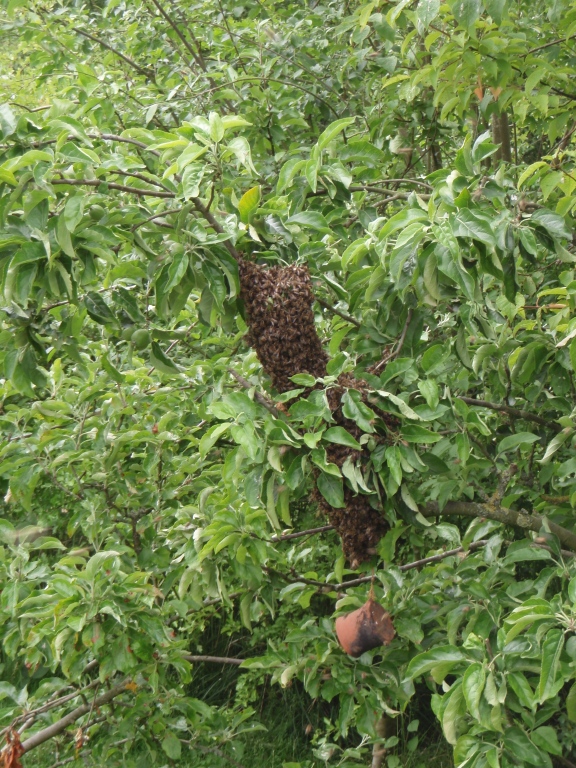 Despite the heat volunteers showed up in good numbers and completed a couple of tasks around the reserve. One group continued the good work in the back garden by giving the pond a makeover. 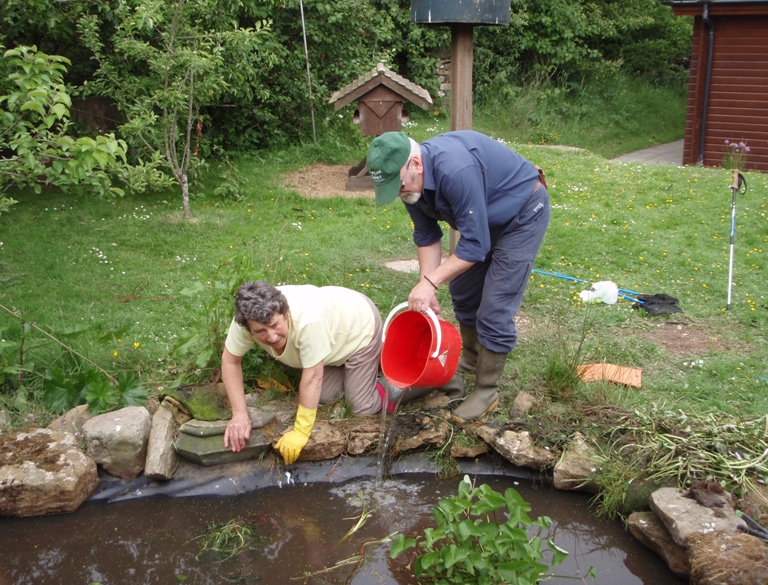 The rest of the volunteers were out and about continuing the vital work of Bracken slashing. This is a task that needs completing each year in order to keep the Bracken on the reserve under control. 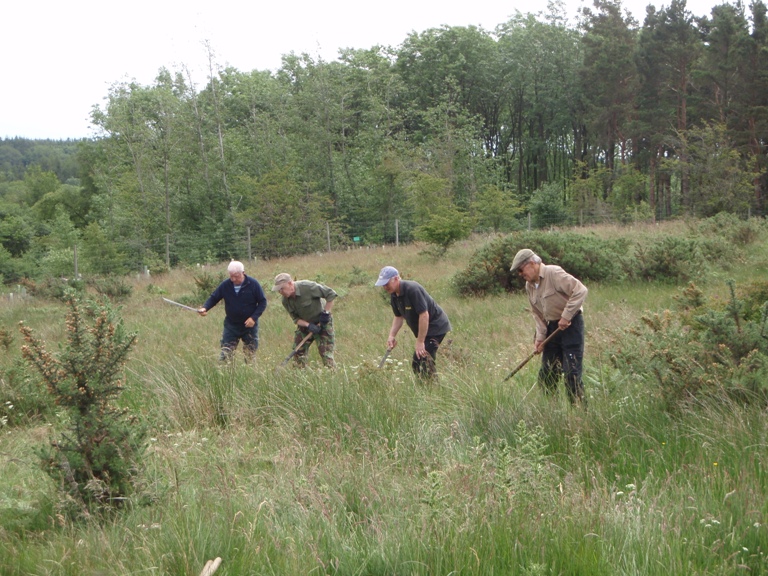 The patches of Bracken around the reserve are less dense and much smaller than last year which shows that the volunteers' hard work over the years is really paying off.

Thank you to everyone who came and helped out at Foxglove today.