Habitat management tasks that were put on hold during the summer months can now begin again. Along Risedale Beck there is a Hazel woodland which is managed through selective coppicing. This traditional woodland skill involves cutting the stools to ground level in order to encourage new growth and prolong the life of the trees. The result is increased light reaching the ground flora and benefitting the wildflowers. 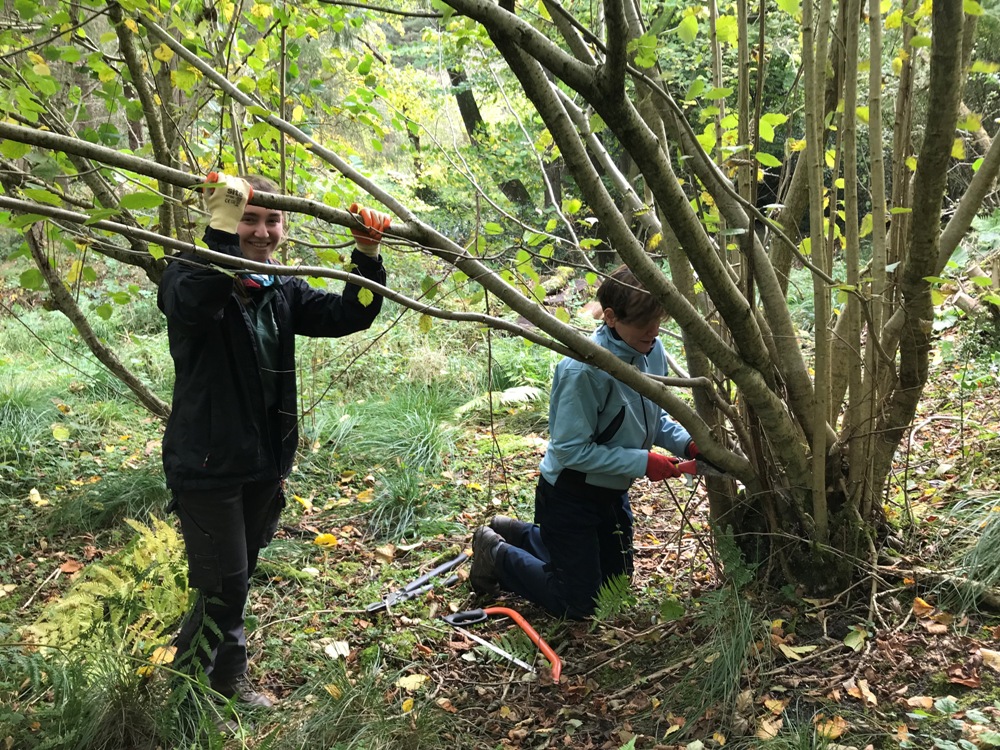 There was a lot of growth on the trees as this particular area hasn't been worked on for several years. 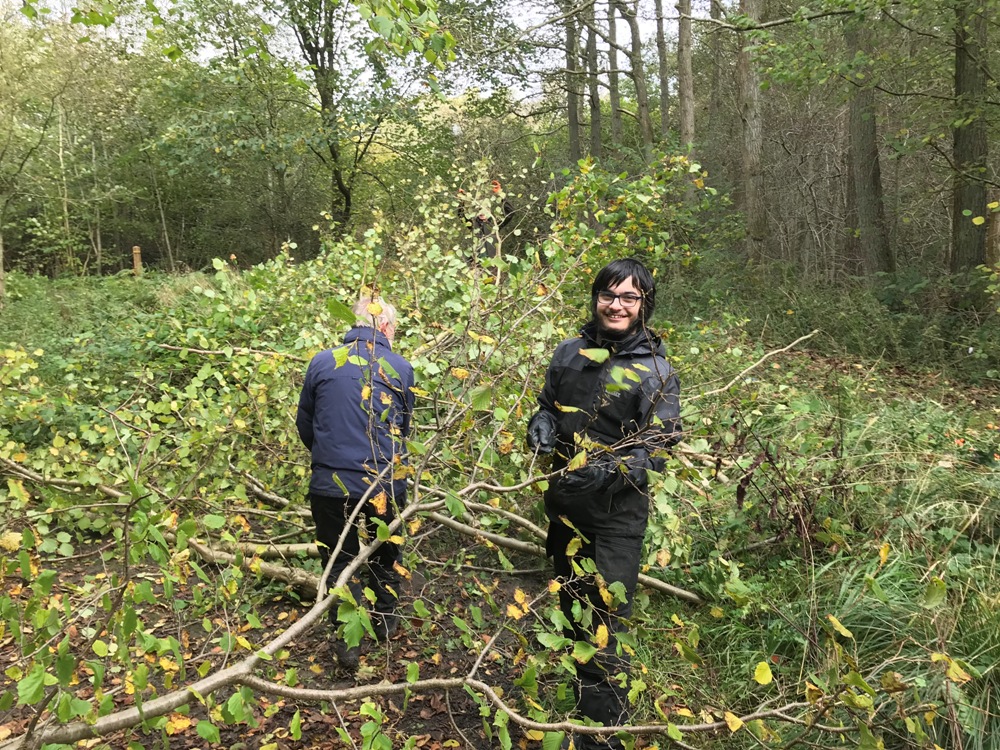 Some of the larger pieces of timber were made into rustic fence posts and then the brash was woven into a 'dead hedge' alongside the footpath. 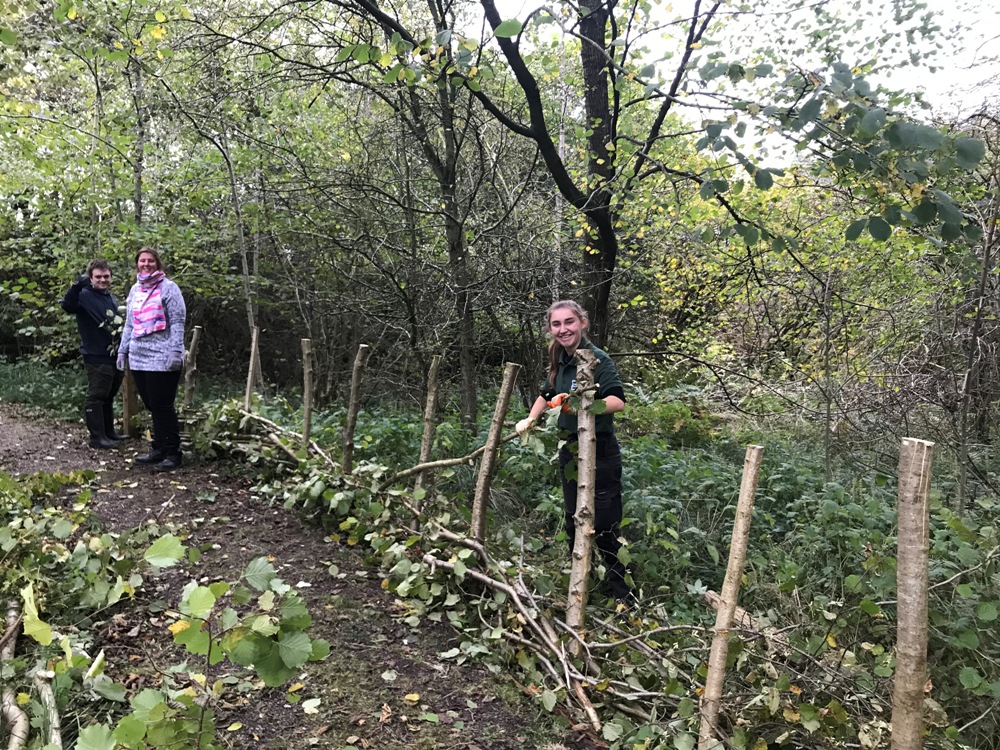 Rather than cutting all of the trunks to ground level at Foxglove the Hazel has always been 'selectively' coppiced. This means that only two thirds of the stems are removed. By taking away the older and larger ones and leaving some of the young shoots a 'dappled' shade is created on the woodland floor. There should be an increase in the number of Bluebells and Primroses on this bank next Spring. 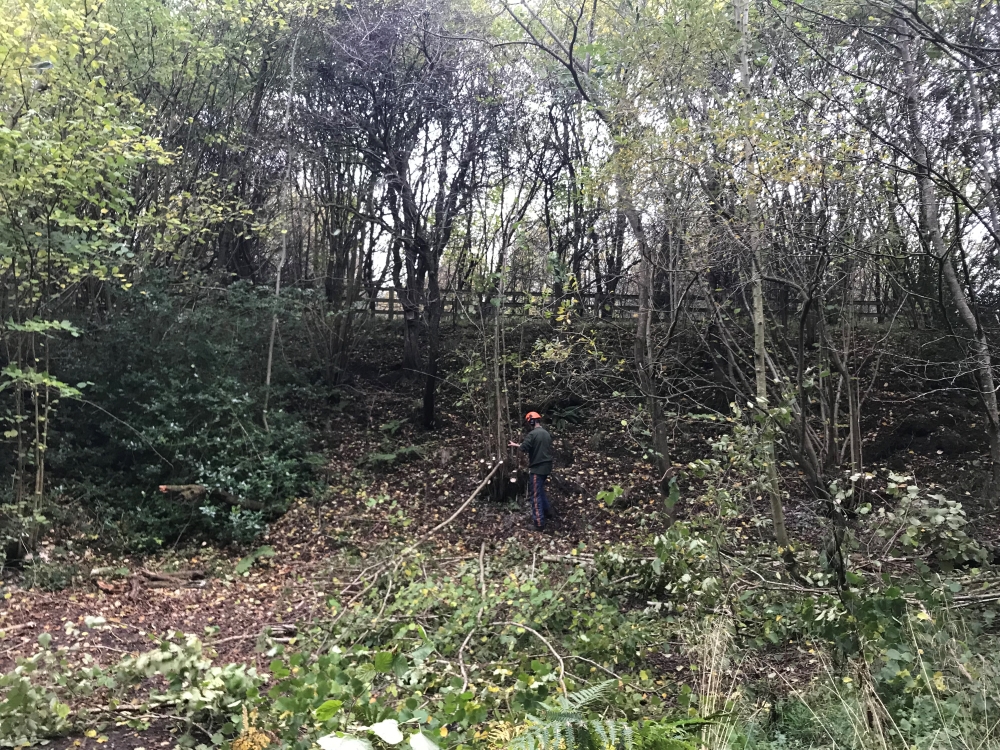 A team from the Personnel Recovery Centre joined in with today's task which made a great difference to the amount of work accomplished during the day.

The cut wood was organised into large lengths for the poles and thinner more pliable pieces for the hedge. 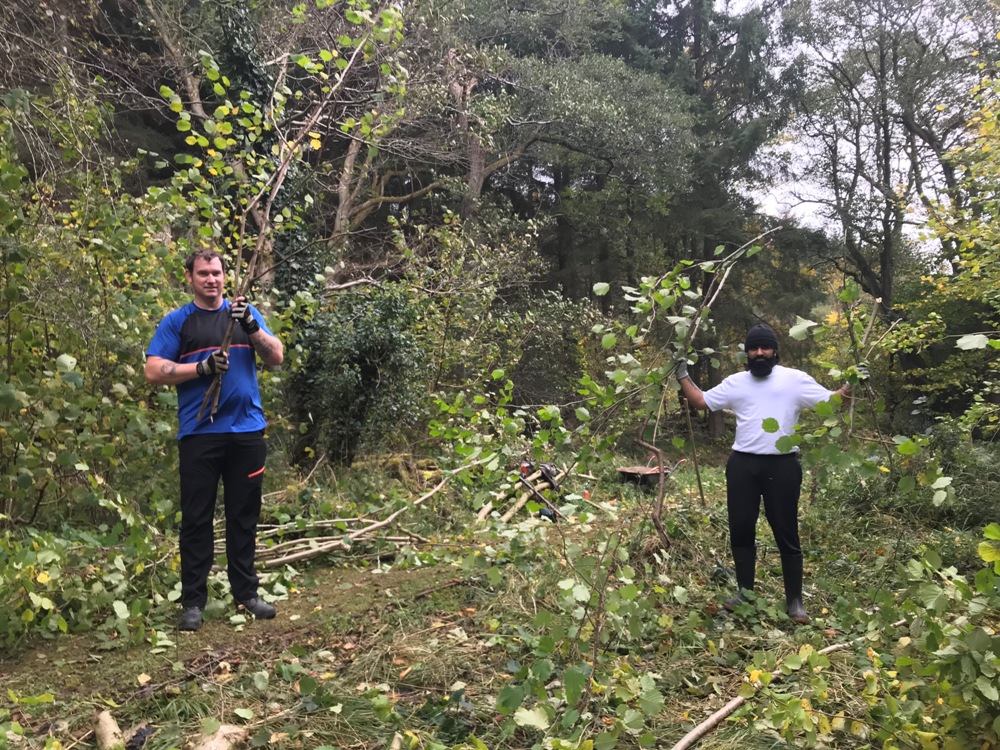 Although unfinished, by the end of the day the new structure was already 'pleasing to the eye' and our thanks go to everyone who has worked on this project so far. 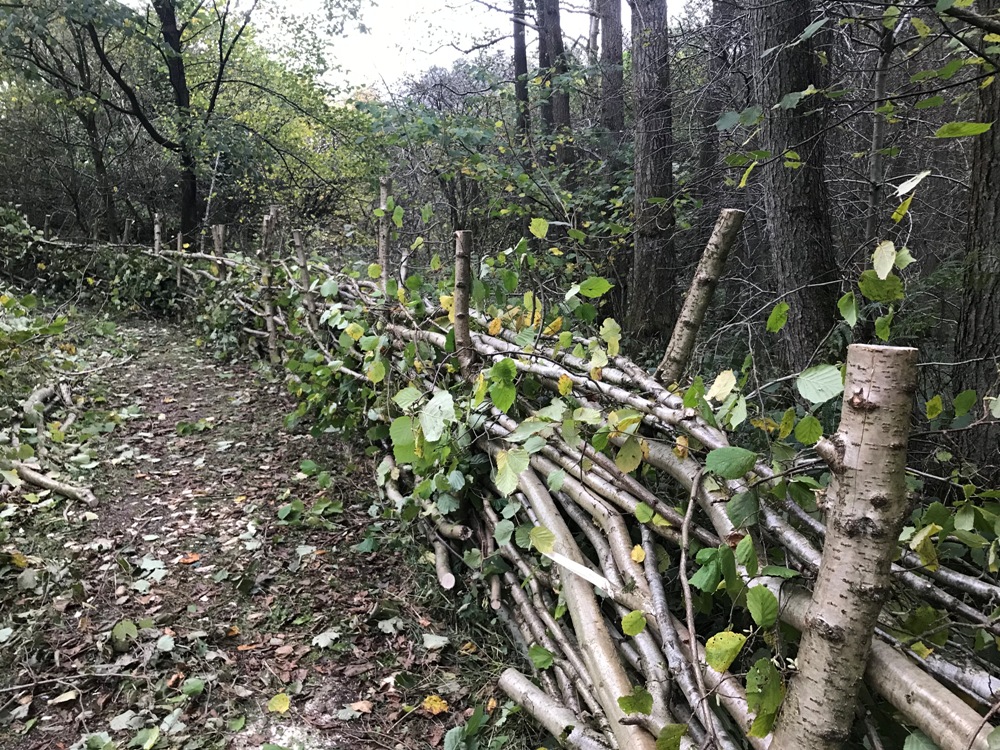 This wasn't the only new feature to be found on the reserve as some mysterious carved pumpkins appeared in the picnic area! Is 'pumpkin bombing' a thing?! 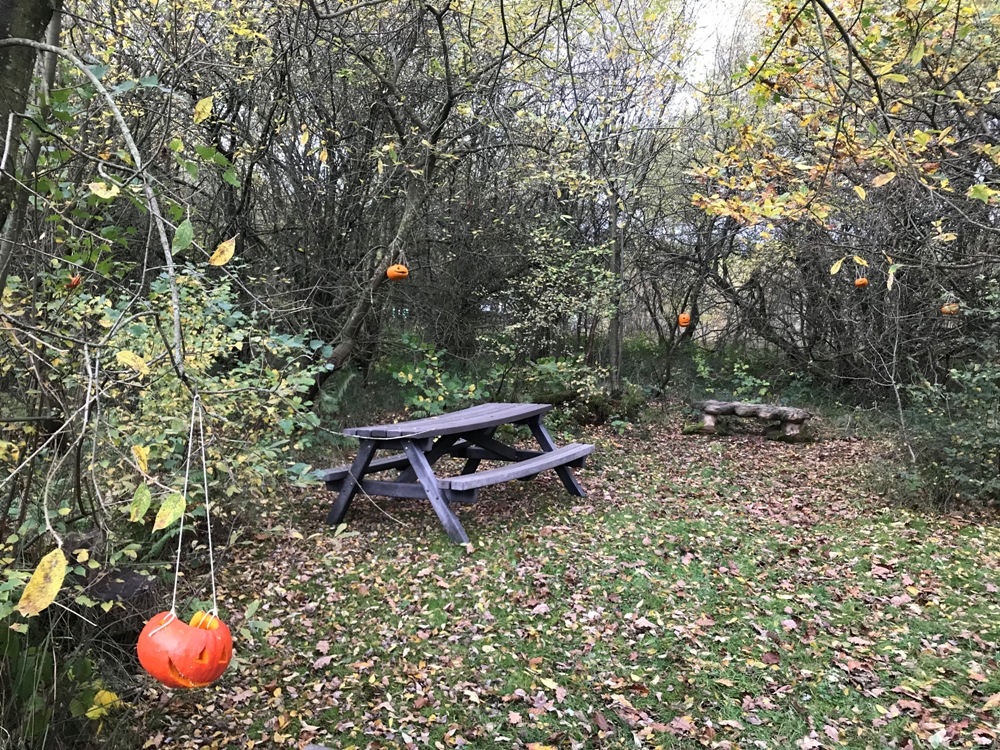 On closer inspection it was clear that they weren't just for the benefit of the visitors as they were filled with bird seed. 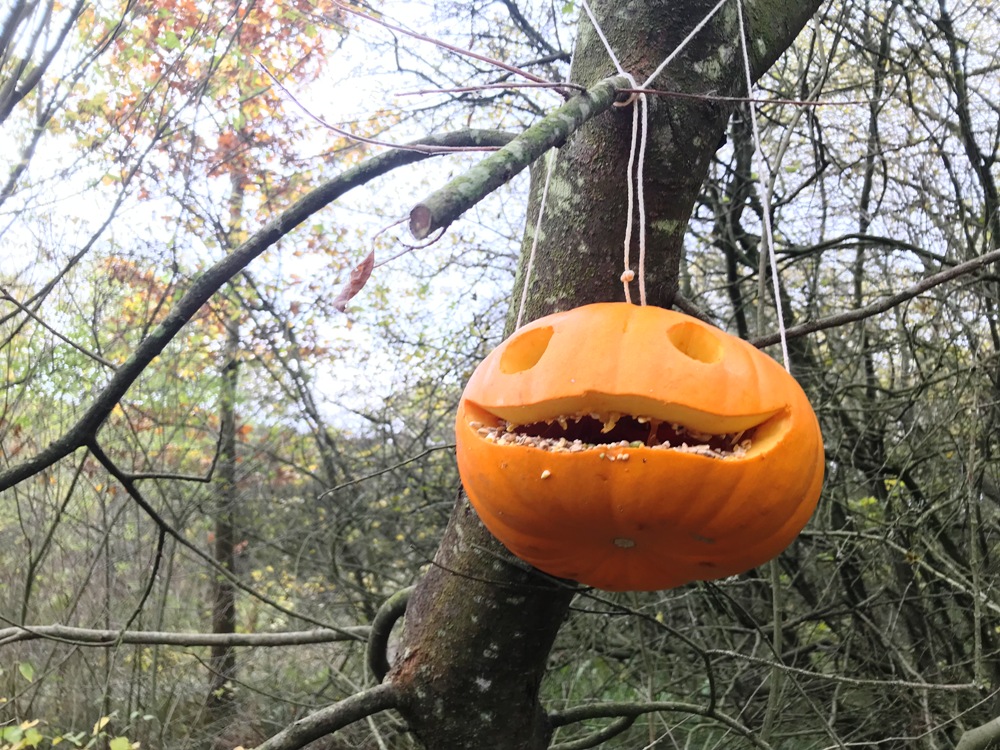 Thank you to the pumpkin fairies who left these lovely bird feeders behind, the birds will enjoy them! 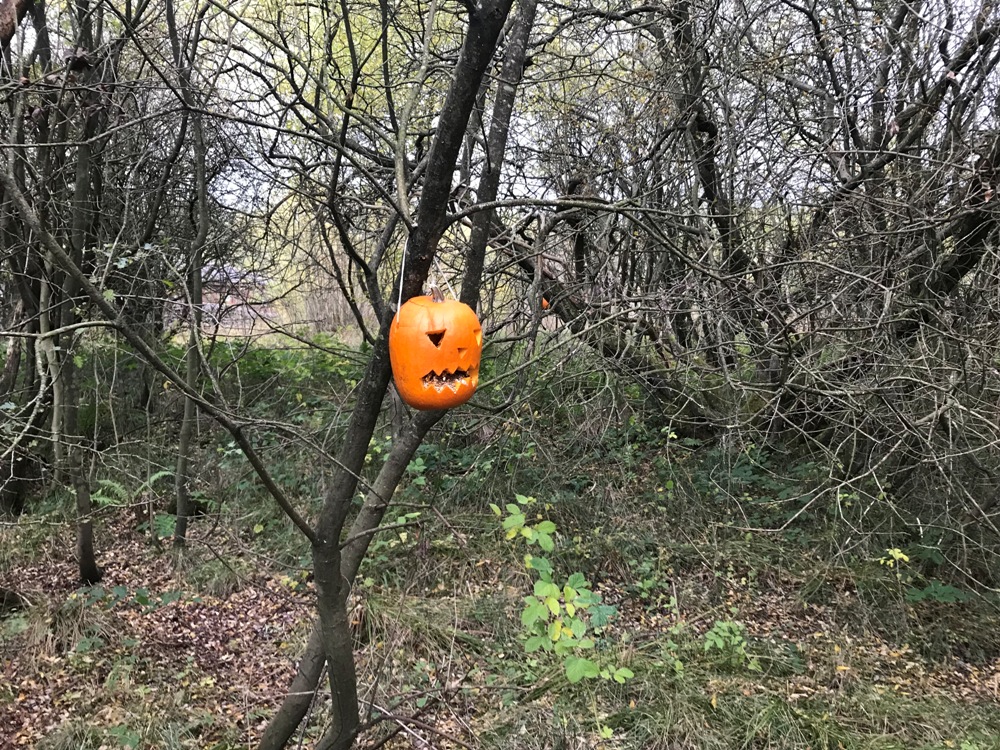 The Annual General Meeting will be held via zoom. Please contact the Reserve Managers if you would like the link to participate.

An opportunity has arisen for 3 people to join this recognised LANTRA course.

From first cuts to full-on felling, this five-day course will teach you all you need to know about using a chainsaw. This is a hands-on course that delivers both practical skills and health and safety guidance as well as demonstrating that you and your employer have completed sufficient training to meet the Provision and Use of Work Equipment Regulations 1998 (PUWER).

Booking for this is through KNW Training in Bedale, please contact them for details and costs.