Tom took this photo of a typical Great Tit's nest whilst checking the nest boxes this year. Below is a brief report of his findings: 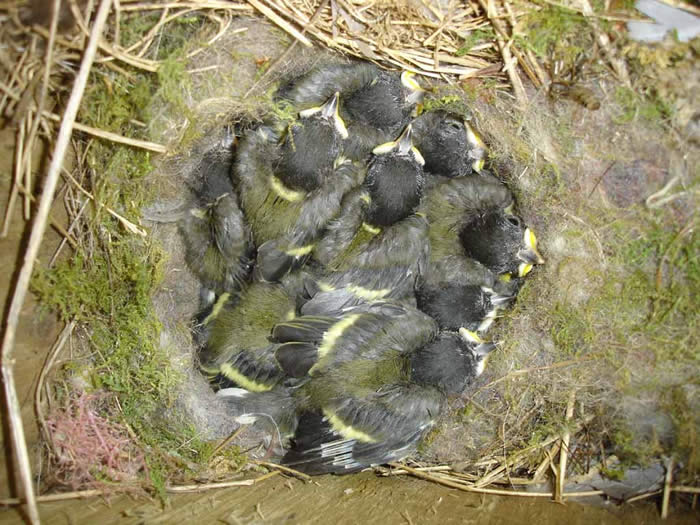 To summarise 2009, the weather was much better on the whole than in previous 2 years, during the critical weeks in April and May. This resulted in an early start to the nesting process. The number of pairs of Great and Blue Tits nesting was down on 2008 but to counter this the survival rate of eggs and chicks was better up to the ringing stage. It was interesting to find five broods of Coal Tit, an increase on 2008 of four, and it will be even more interesting to see if this increase is sustained in 2010!