Sometimes you can walk to the lake hides and all is quiet and calm.  Nothing stirs on the water.  Not a sound is heard.  Then there are those magical moments when you see 'something'!  A pair of Little Grebes have been reported on the lake for some weeks.  This week two chicks were seen and although pushing the camera to its limits some photographs were taken.

The male is catching the food and if you look closely you can see he has a fish in his beak.  This one he gave to his mate. 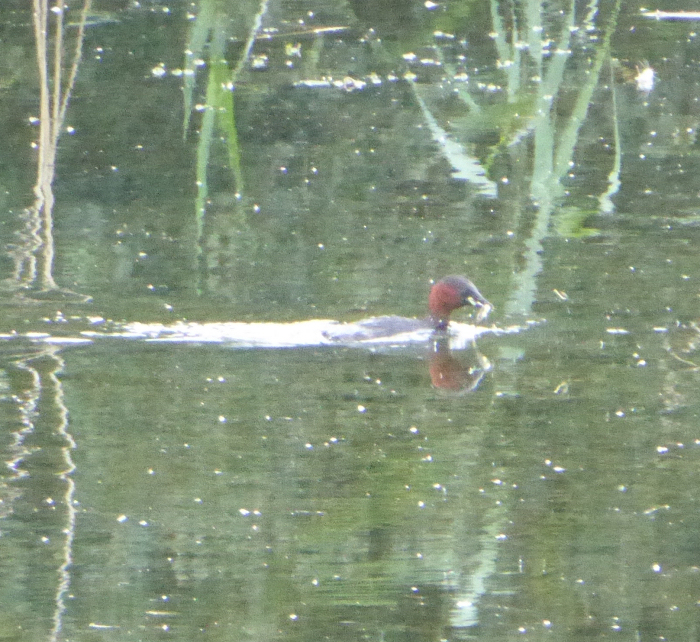 He did not stay on the surface for long.  We followed his journey underwater by the wake that he made.

Watching carefully through binoculars the conversation ran along the lines 'There is a chick.'  'It has gone.'  Where?'  Dad's off again' 'There he isn't, he's just dived.' 'Mam's off the nest.'  'She has just added some more nesting material.' And finally 'There are two chicks!'  (Unfortunately cameras could not get the two of them together!) 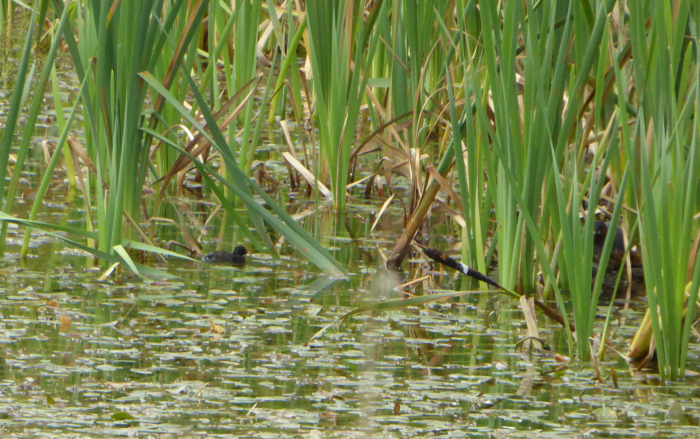 We were not sure if the noise, a high pitched sort of rattle squeak was because the chicks were getting too far away or whether it was because they had just been fed.  However it was a lovely unmistakeable sound. 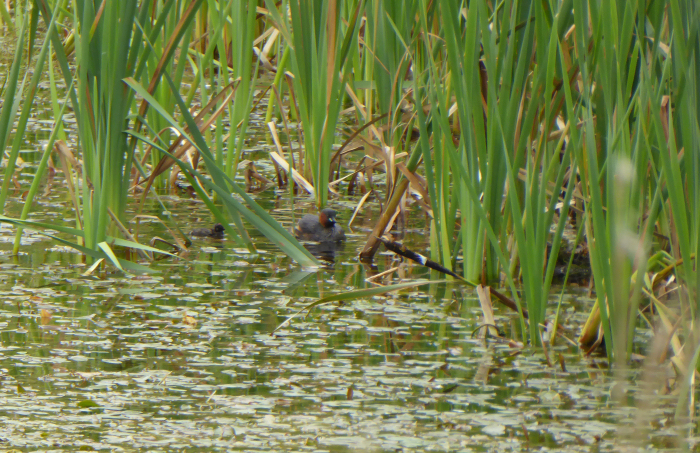 Thank you to our volunteers who spotted these little chicks and for keeping an eye on them.  Hopefully they will come a little nearer to the hide to allow some better photographs to be taken.  Records will be checked to see if this is the first time they have bred at Foxglove.