The last Wednesday of the month is 'Flower Walk' Wednesday.  We set off through the Scrapes and observations included Greater Spearwort, Cotton Grass and Water Crowfoot. 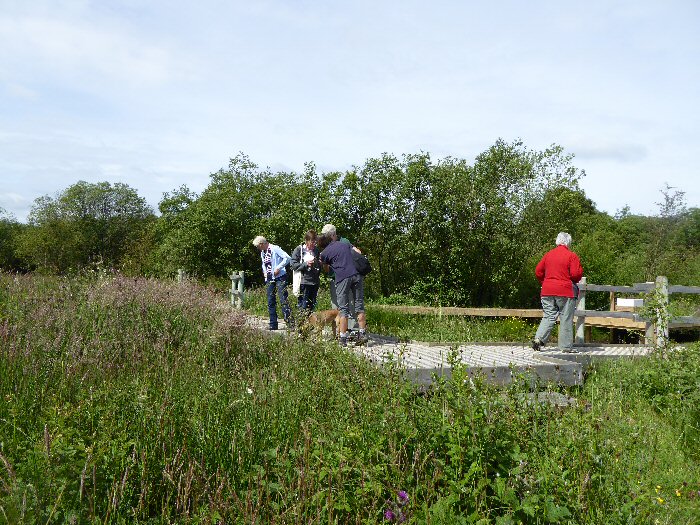 There was a single flower of Marsh Marigold, along with the seed head.  One of the pods was just beginning to open and the seeds can be seen. 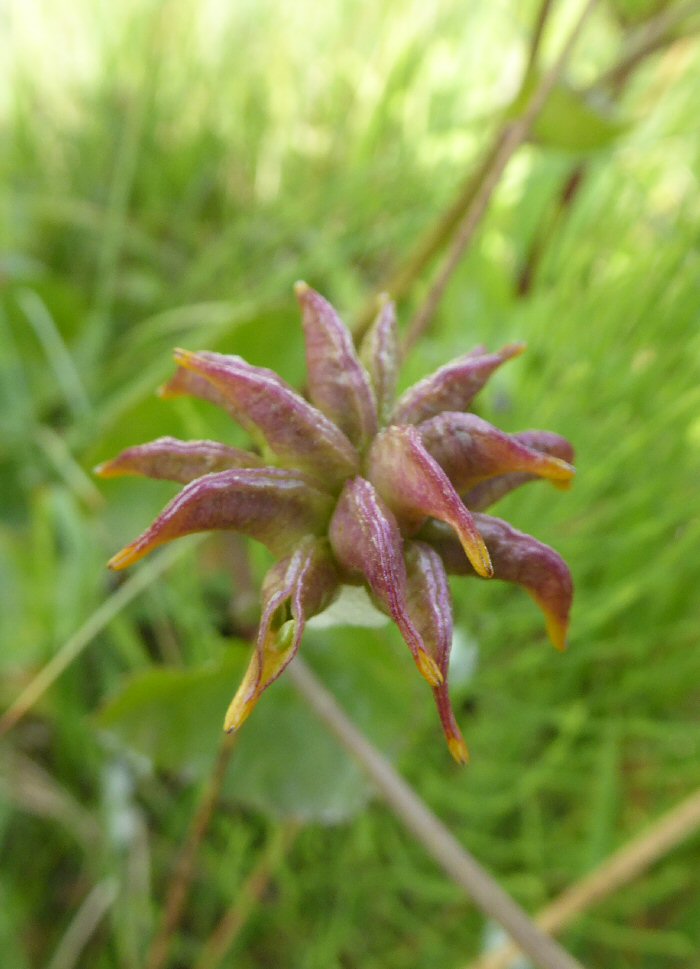 Flag Iris was also in flower, and this short lived flower was also sporting its seed heads.  Later in the year the pods open revealing bright red seeds.  Although we know where the flowers have been it is not easy to find them to photograph! 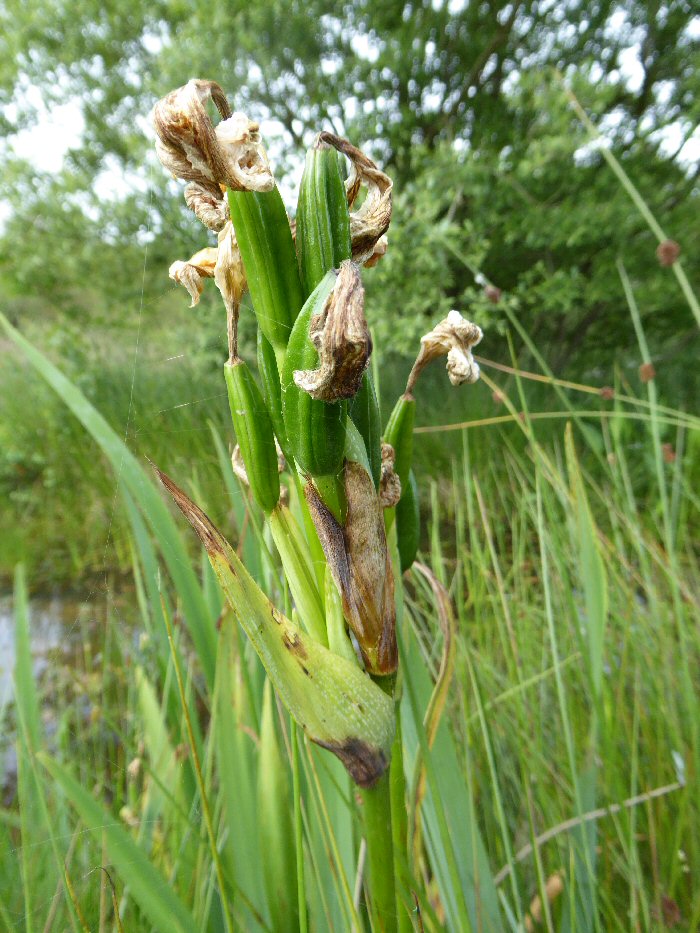 All three clovers are in flower, each species supporting different bees.  This bee was feeding from Red Clover and has pollen sacs. 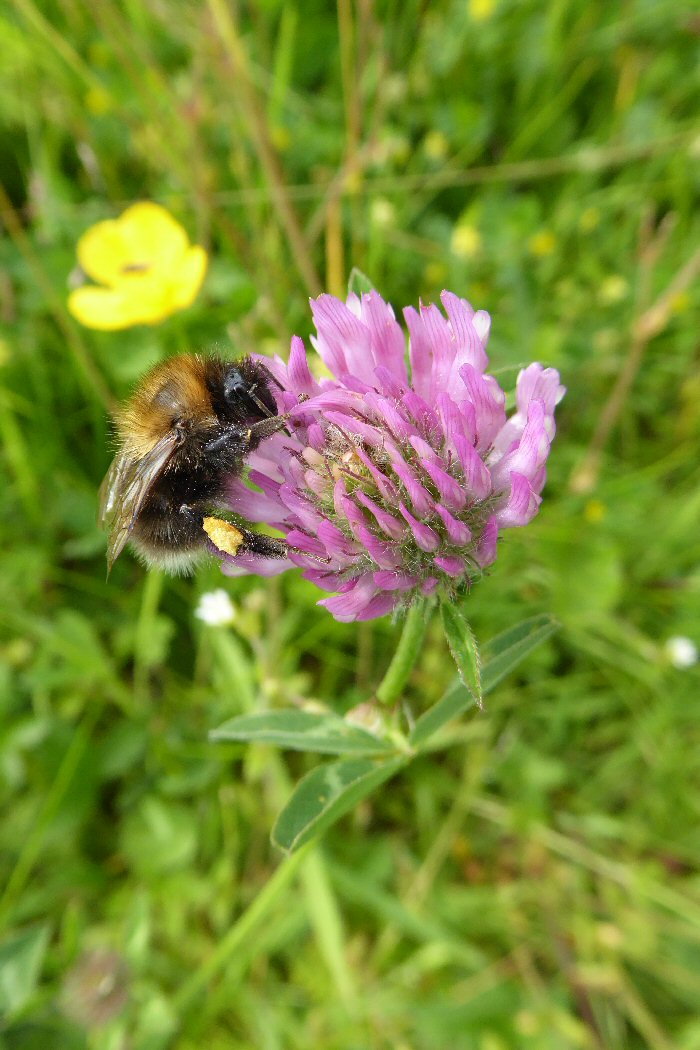 As the vegetation at the bottom of the Sycamore Avenue was checked some purple flowers were spotted.  They were next to the tightly closed buds of Black Knapweed. (Hardheads)  On closer inspection these flowers were identified as the rayed variety of Black Knapweed.  Why these were in flower and the ordinary knapweed not, was a question we could not answer, as both should flower at the same time. 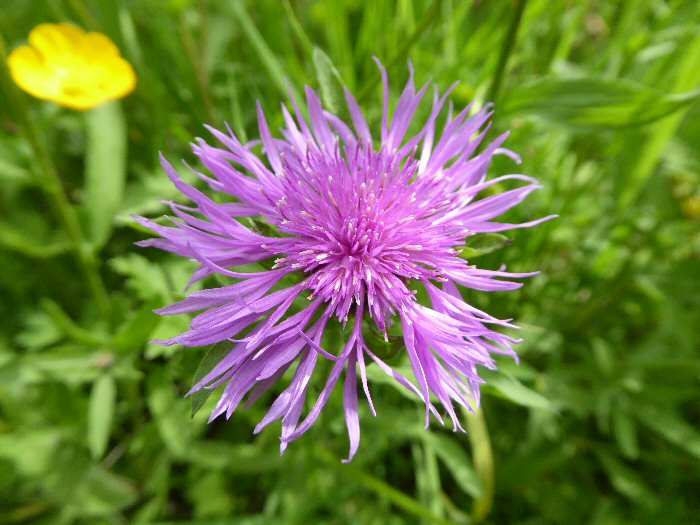 The flower walk continued in the afternoon and covered out of the way areas.  One such excursion took us close to the lake edge where the rippling water saw hundreds of tadpoles just ready to leave.  We then realised that many had already left and were hopping around on land!  A truly amazing sight!  How many frogs can you count? 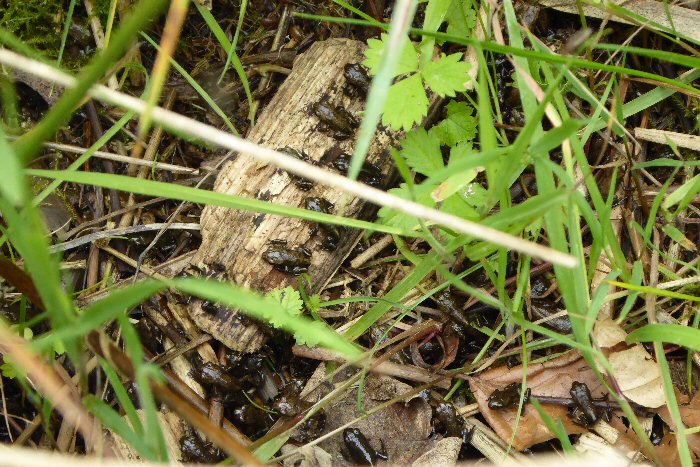 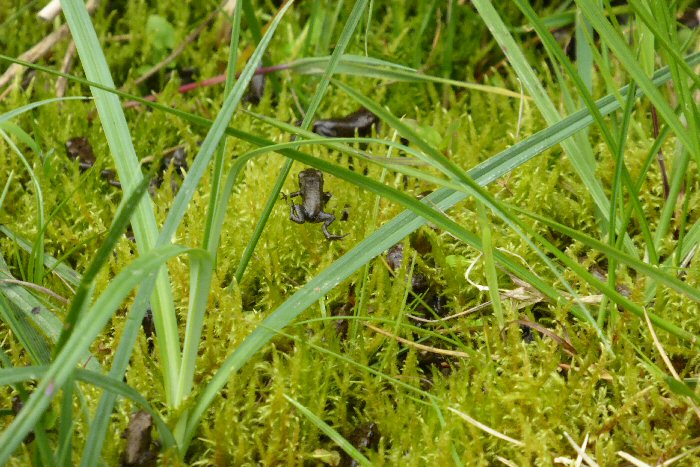 Over 90 species of flowers were recorded during the walk with some areas still to be checked.  Thank you very much to everyone who helped with this.

Thanks also to the volunteers who identified the many moths caught in the trap overnight.

Members of the bird ringing team will set off on their journey north to Cape Wrath tomorrow morning at 0600.  Hopefully the weather will be kinder than last year.  Technology should ensure photographs and news will arrive from the north, fingers crossed.  We wish them a safe journey and a successful trip.