CES 6 - A Great Tit Day Amongst Other Things!

By 0400 we were all in the ringing room collecting bags, papers and nets getting ready for CES 6.  It was cool and the lake had small clouds of mist hanging over it, as the sun rose. 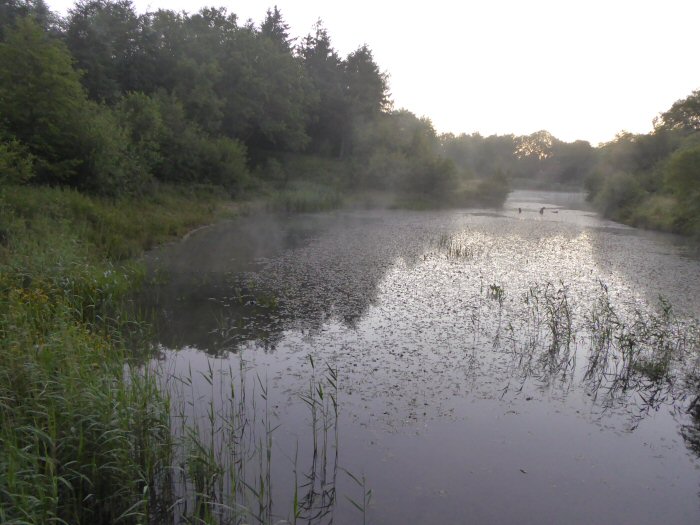 At the early hour it is interesting to check the Field Centre wall for moths.  A Poplar Hawkmoth was rescued as it was very close to a spider's web.  When placed on a tree leaf it held its wings open, so its red warning flashes could be seen. 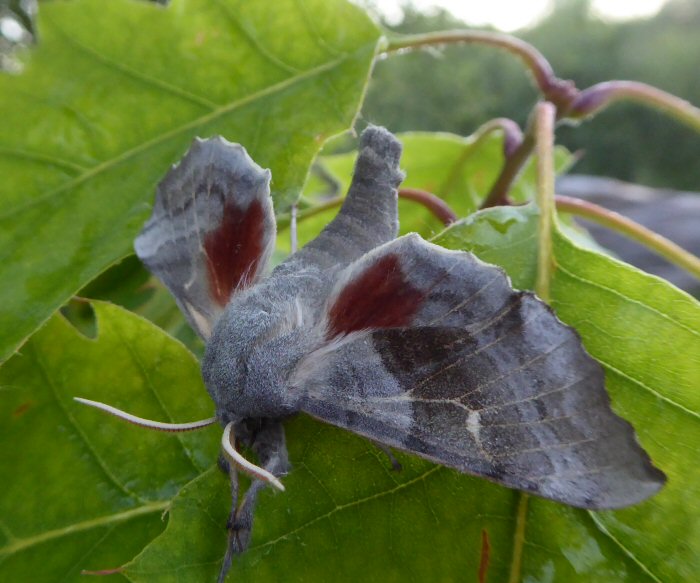 Net rounds were carried out and many birds arrived in the ringing room, including a juvenile Robin with more red feathers than two weeks ago.  In all 12 new Robins were ringed. 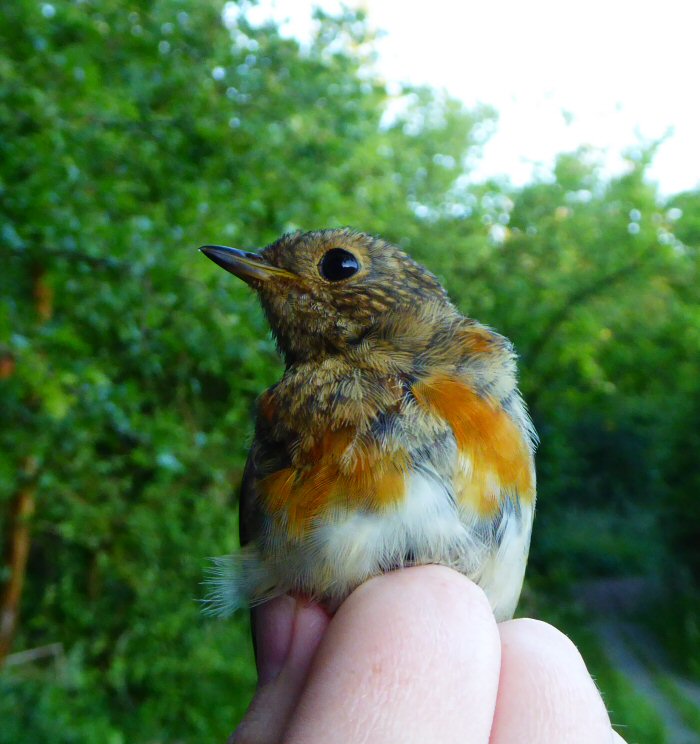 A call on the radio warned ringers to tread carefully over the weir as there was a 'hatch' of Common Frogs leaving the lake.  I went hunting for them and could see none, so I thought that they had all dispersed but as I stood still, the ground started to move as tiny Common Frogs were hopping and walking around in the undergrowth. 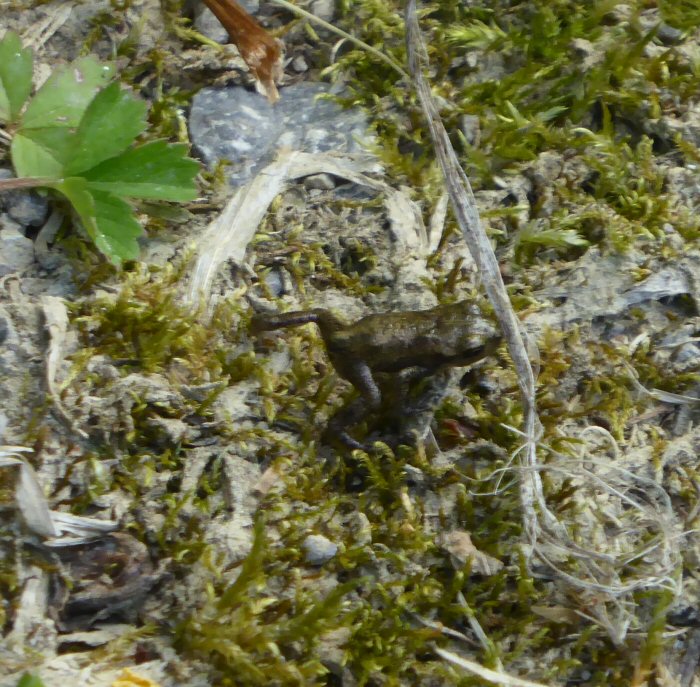 A walk through the Scrapes and something was on the Water Vole raft, a young Moorhen having a really good feed of the apple! 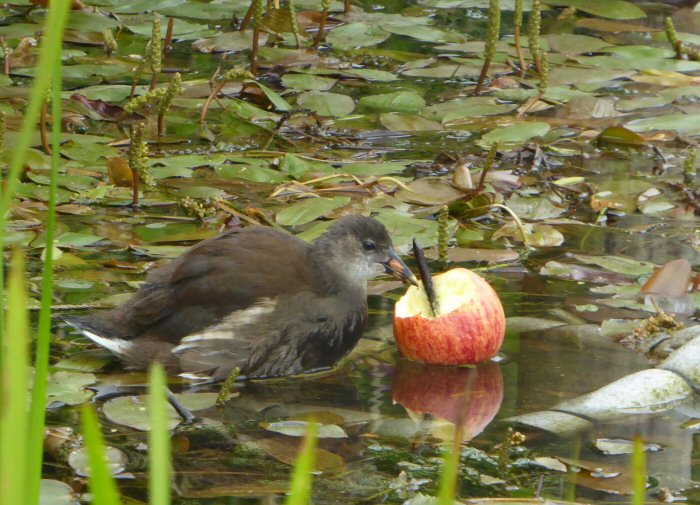 Back in the ringing room a Tawny Owl was retrapped.  This was a stunning bird.  When released it flew away on silent wings. 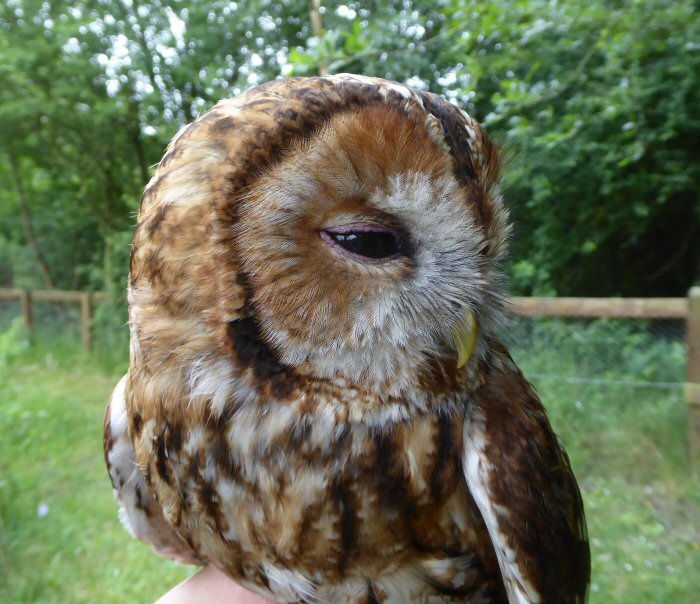 Tawny Owls regularly use our special nest boxes to rear their young.  There are Barn Owls on the training area around Foxglove but this year is the first time that they have bred on the reserve.  The three chicks at three weeks old were old enough to ring.  They will probably remain in their nest for at least another three weeks. 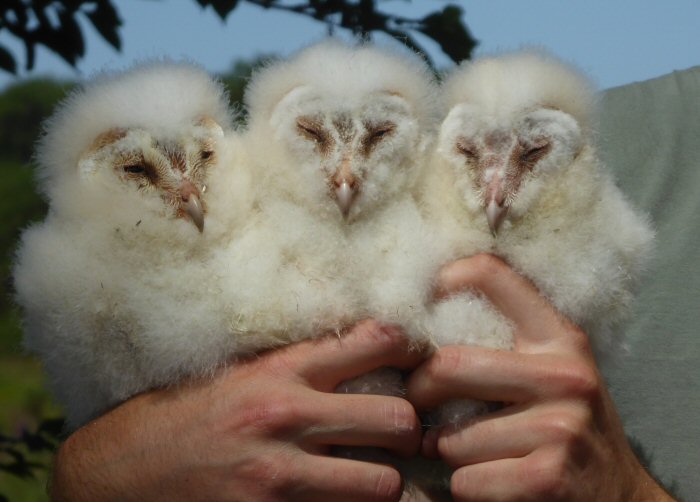 Juvenile Long-tailed Tits were processed and are just a little smaller than the owls ringed! 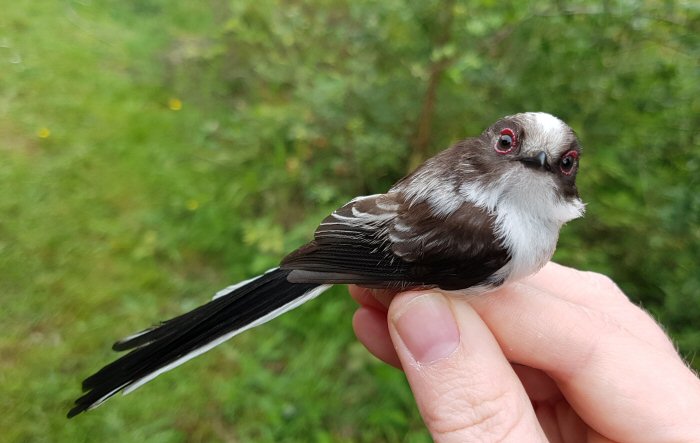 Mrs Tufty Two was relaxing with her youngsters on the tree in the lake. 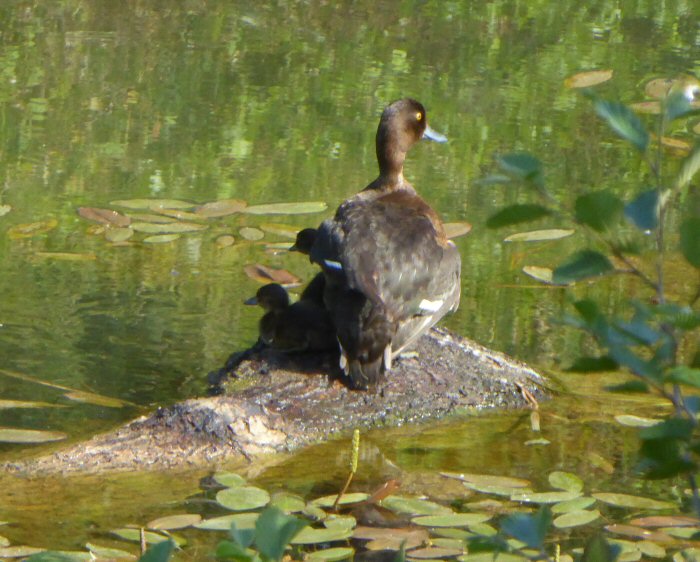 I was pleased to see Pisaura mirabilis last week and even more pleased when I spotted several webs today.  A photograph enlarged, amazingly, shows spiderlings inside the protective web. 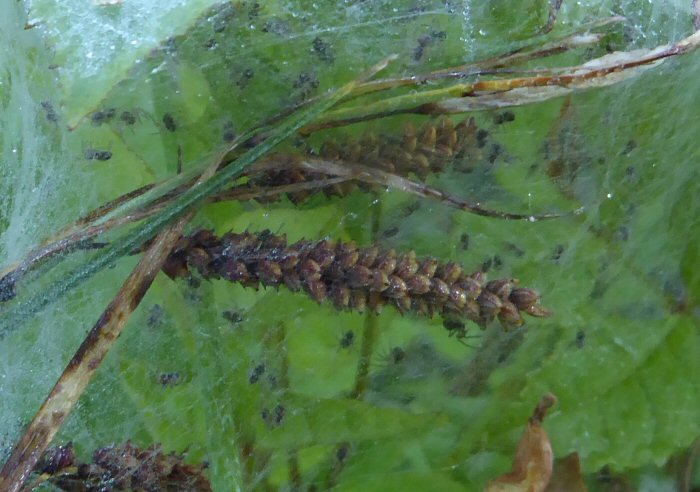 After ten and a half hours the nets were taken down, numbers crunched and it was found to be the second biggest catch for CES 6, with 253 birds processed.  In 2006, we caught 274.

In the total 24 new Great Tits were ringed and 53 were retrapped.  Most of these birds were juveniles.  Chaffinch and Bullfinch numbers were higher than of late.  It was a real pleasure to see 32 new Willow Warblers ringed.  Some of the juveniles were already beginning their post juvenile moult.  Many adult birds are now hiding away as they moult, after working hard to rear their young.

Such a busy day would not have been successful without all the help and support from the bird ringers, volunteers who prepared the net rides and those who provided food and cups of tea.  A huge thank you to everyone.