Sporting their matching green wellies, some members from the Swaledale Ringing team are exploring the coast on the most North Westerly tip of Scotland. They are on a ringing expedition to the MoD bombardment ranges in Cape Wrath. Today they have been ringing Sand Martins in the sand dunes. 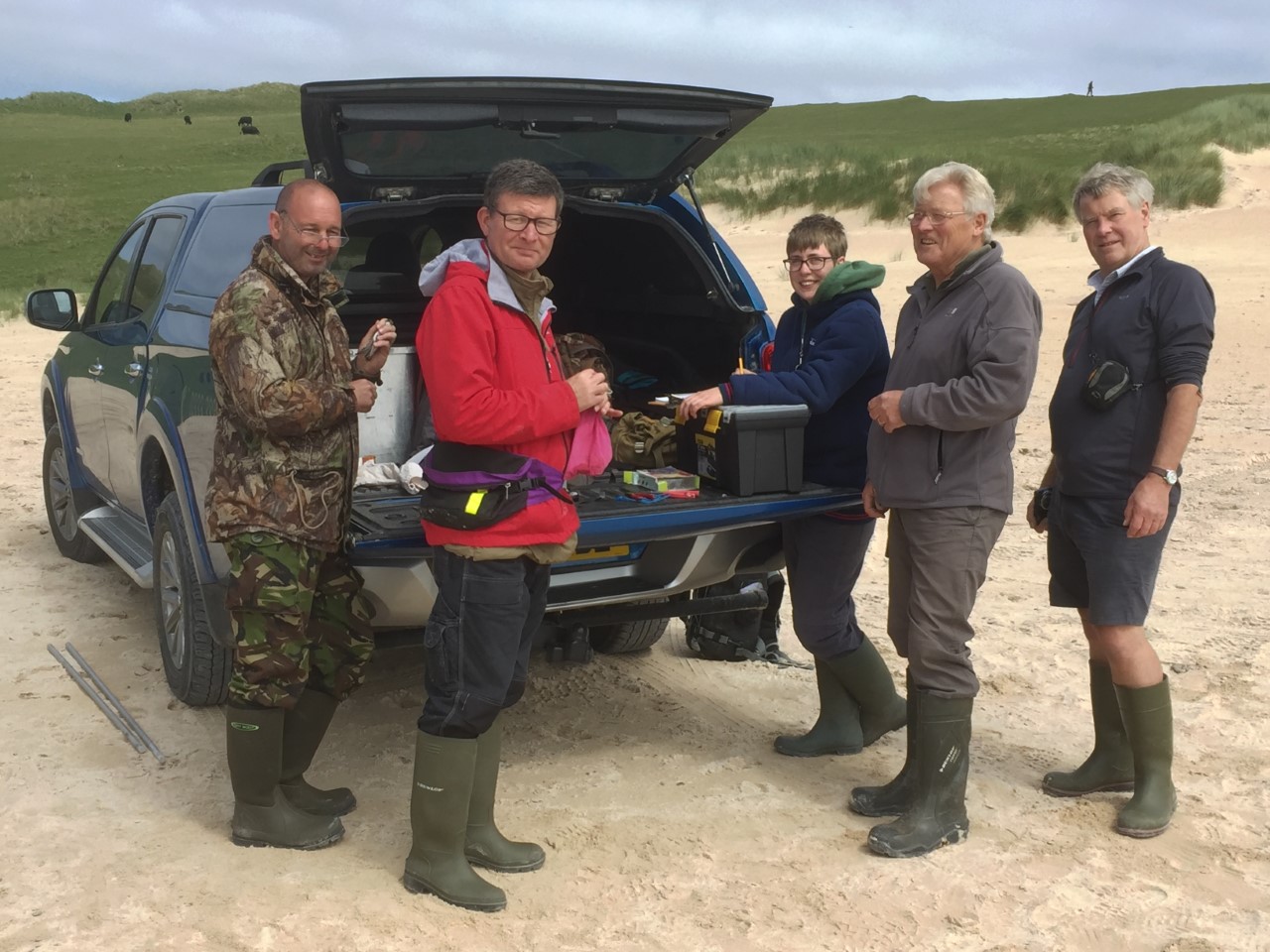 The Sand Martins are caught using mist nets which are placed in front of the dunes (in between poles) in order to catch the adults as they fly to and from their sandy burrows. 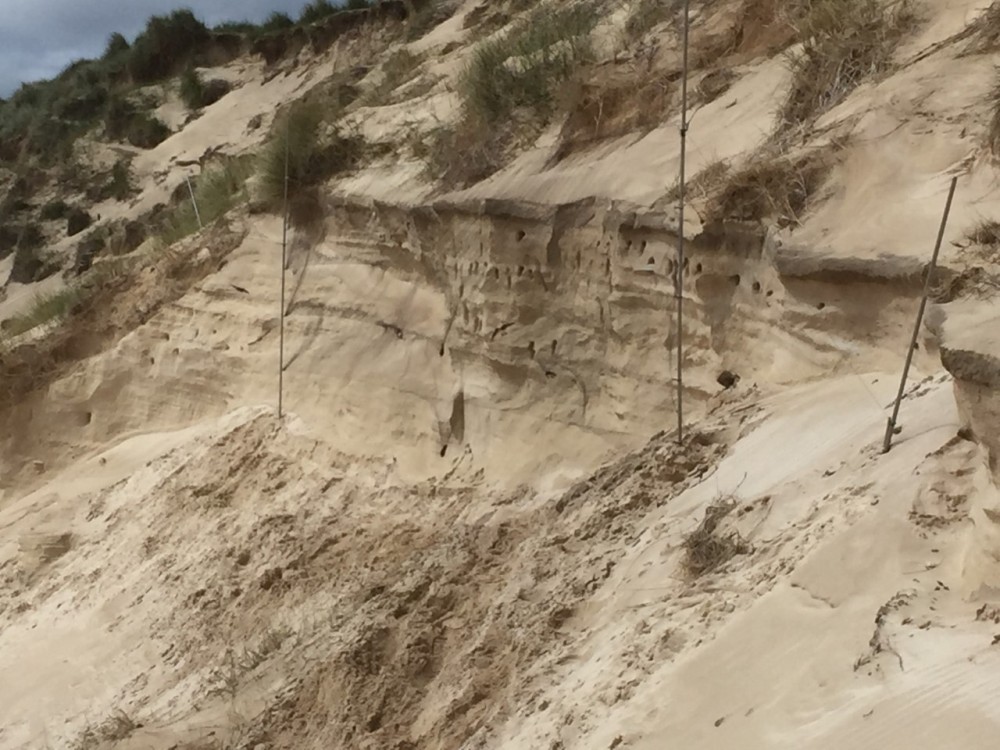 The team have ringed plenty of birds so far although some, such as these Buzzard chicks, appear to be a bit 'late' this year and are too small to be fitted with a BTO ring. At least they have a surplus supply of food to help them grow. 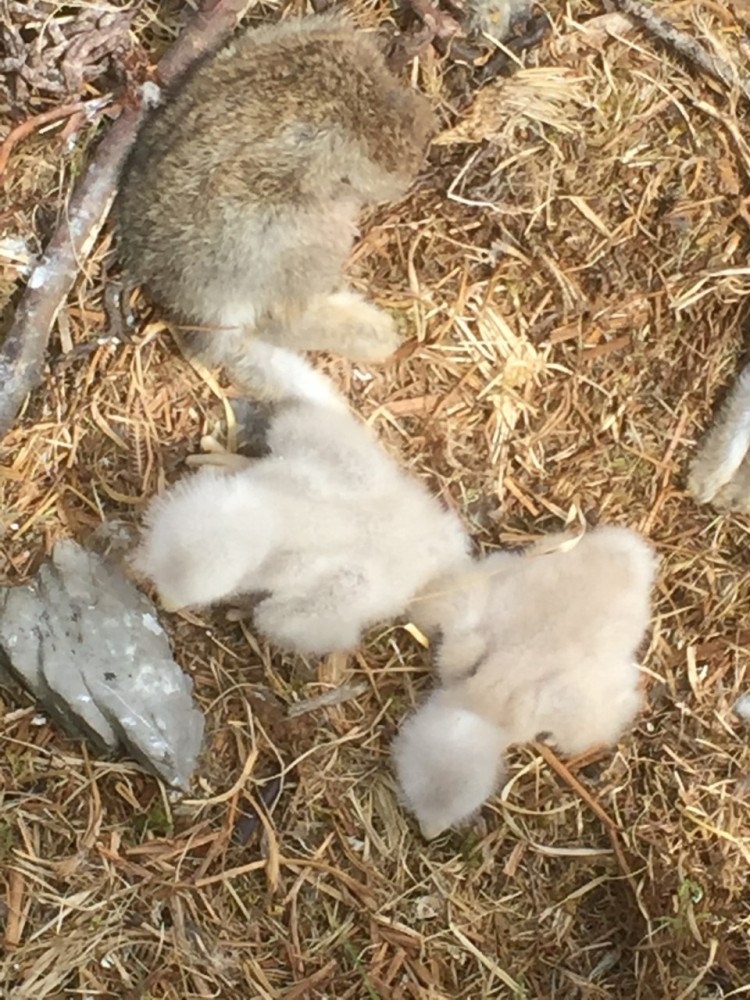 Kittiwake are also 'behind' compared to previous years with many of the adults still on eggs. 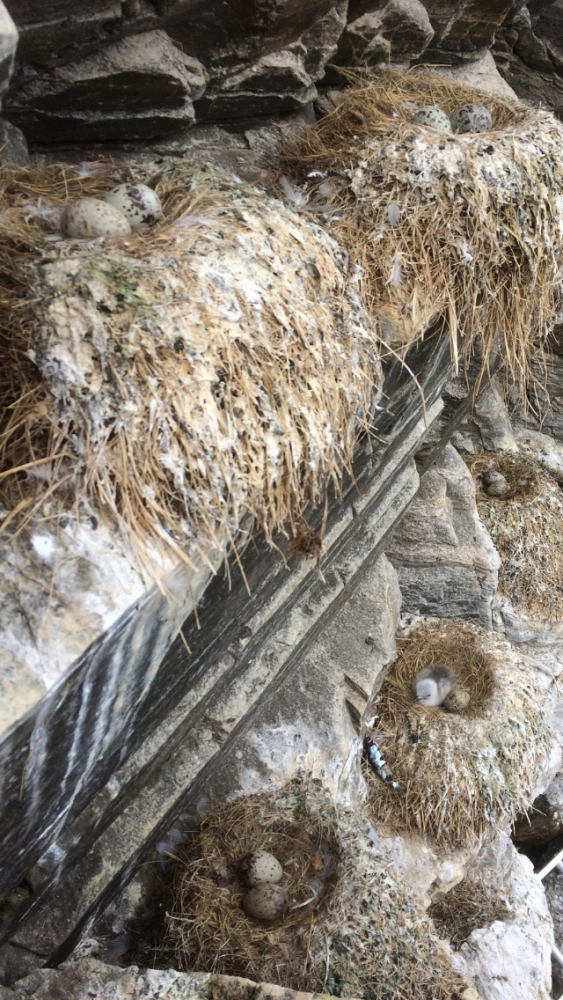 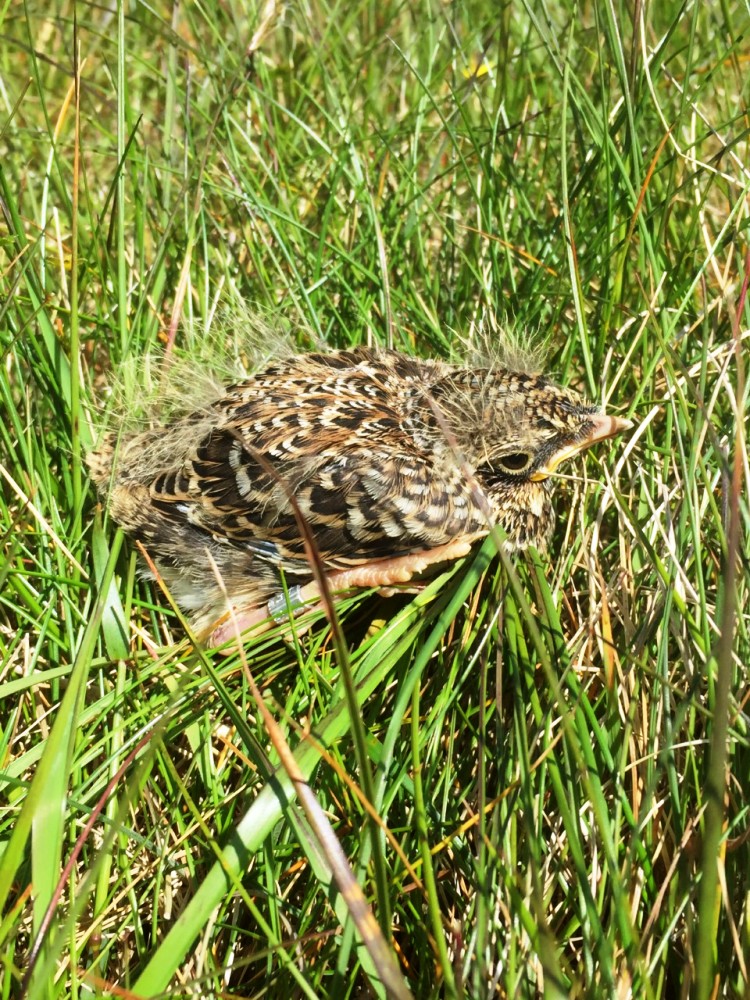 Tonight, the ringers are catching Storm Petrels and will be working throughout the night (it is only dark for a couple of hours at this time of the year), photographs to follow later in the week. In the mean time, here is a photo of Jack in a tree, captions on a postcard please! 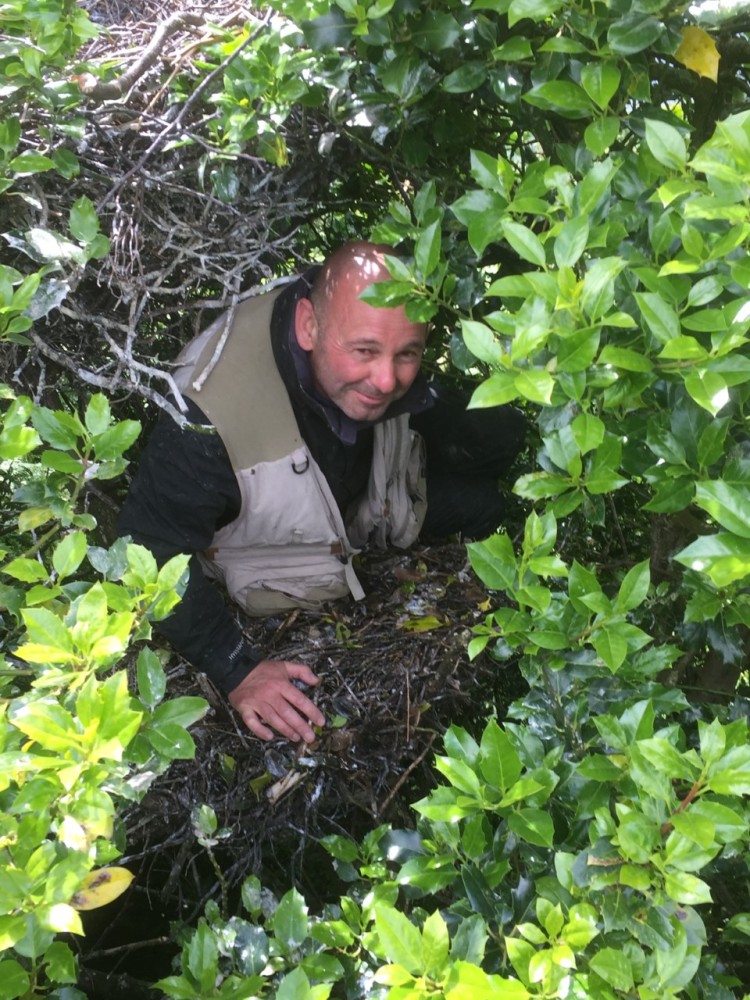