It was mentioned on the blog last week that some owl boxes were being built for us.  These are being given to us to help the work that we do with owls at Foxglove and out on the training area.

The building where the boxes were being made was well organised with everything prepared to enable the boxes to be put together easily.  These are Little Owl boxes. 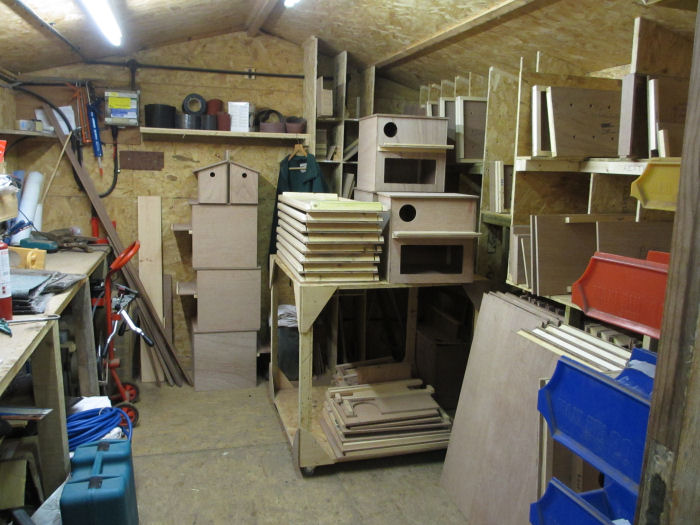 Barn Owl boxes are also being made for us. 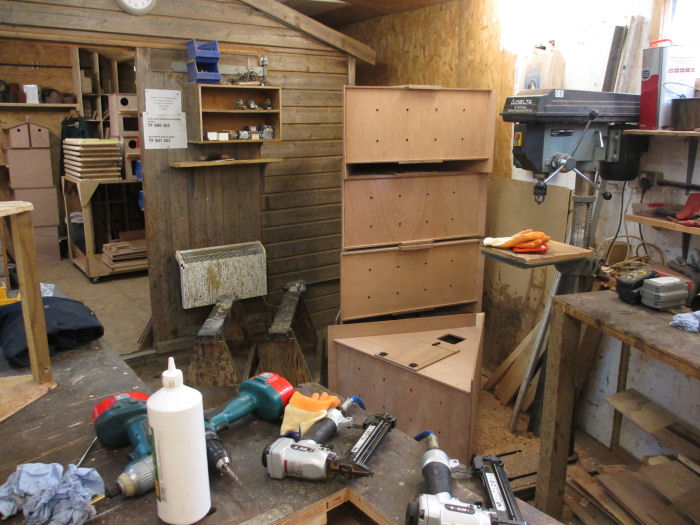 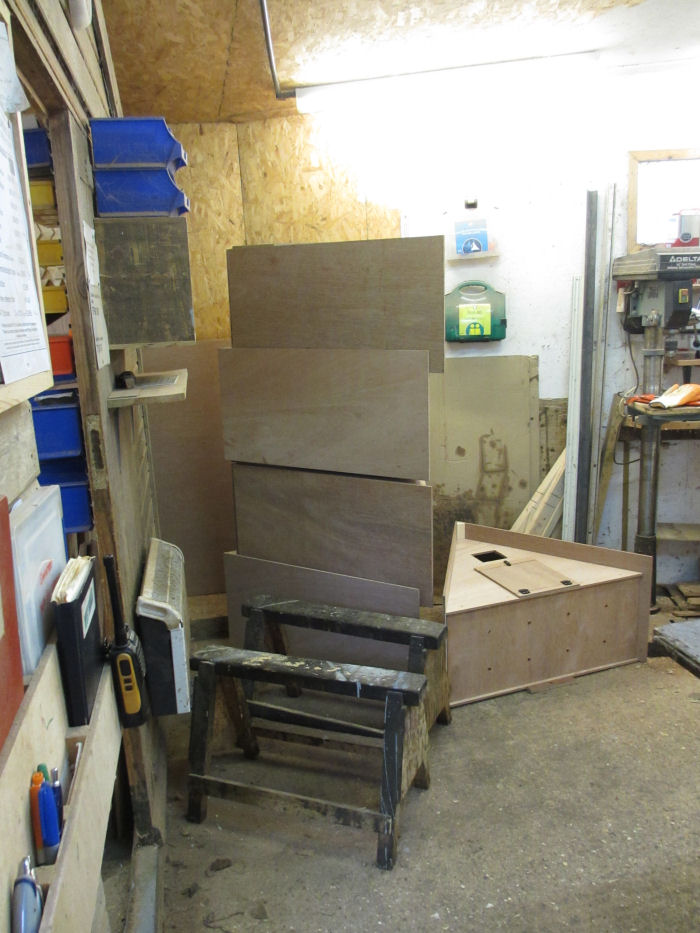 A different topic now.  Yesterday I watched the ponies at work.  Lark began pawing the ground and I realised that he was attacking some Gorse.  He continued until he had broken some of the stems and then he ate it.  I was so busy watching in amazement  that most of the Gorse had been eaten before I took a photograph. 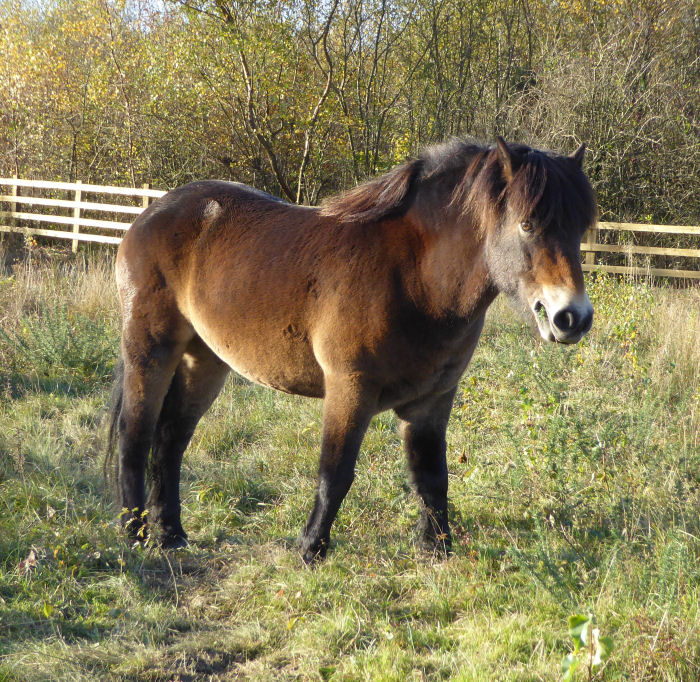 But not quite, if you look closely you can just see the last remnants of it. 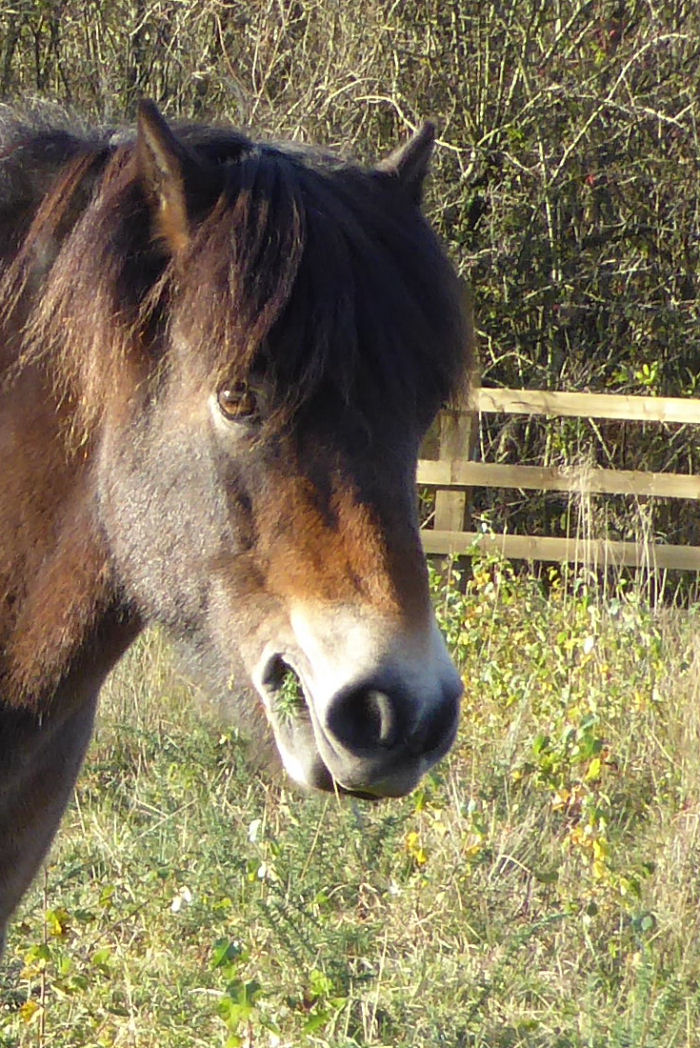 I must admit today they were both eating the grass, a change from the Gorse I suspect.  Taurus had a drink and then tried to blow bubbles at me!  I am sure both are well settled on our heath. 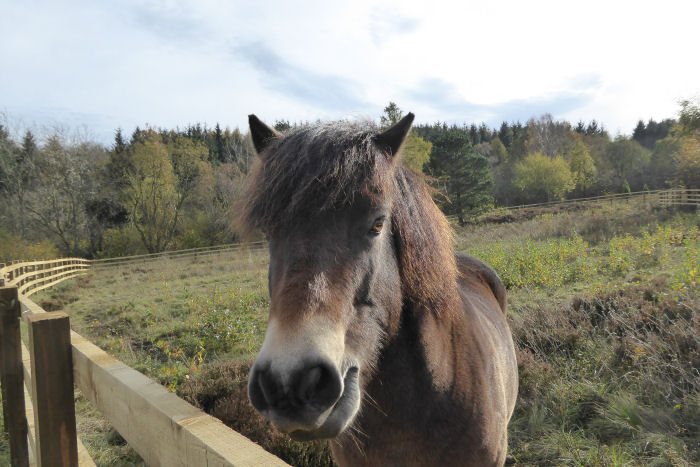 Research into the ponies’ diet on Exmoor found that in the winter, gorse made up 32% and grass stood at 31% of vegetation eaten.