Last year this event was cancelled due to heavy rain and a close eye was kept on the forecast for today as the weather was unsettled.  However although misty, the wind had dropped and it was not as cold as previous days. Forty people arrived for 0430.  Some had been on many Birdsong Breakfasts, some arrived for the first time.

Tony explained that over the many years this event had been held, only once had there been a lovely warm, sunny morning; most had seen a variety of cold, wet, damp, foggy, windy conditions generally not good for birdsong!

Tony, Seb, Adam and Sophie lead groups in different directions around the reserve.

One group visited the Scrapes and walked along the back of the ponds where the Sedge Warbler could be heard. 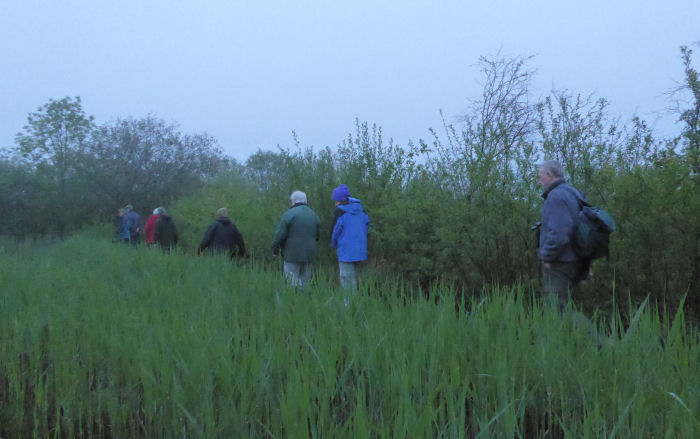 Garden Warbler and Blackcap were heard in the sedge area at the lower end of the Scrapes. 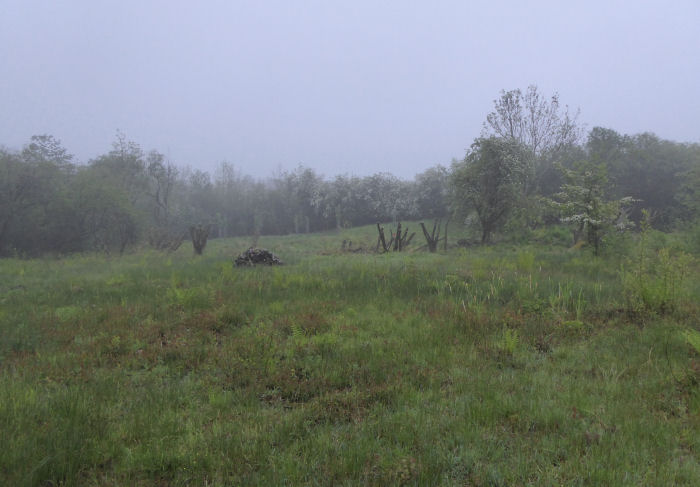 Two groups crossed near the Hague Bridge and compared notes. 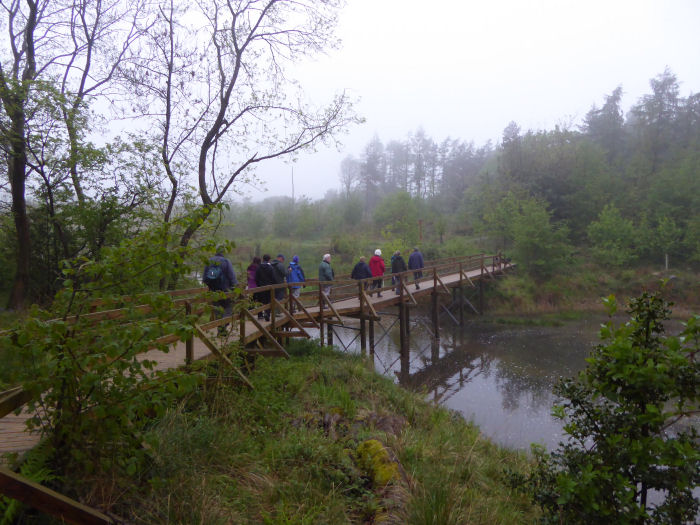 Adam and Sophie's group said it was a 'recording' of a Cuckoo that the other group reported! 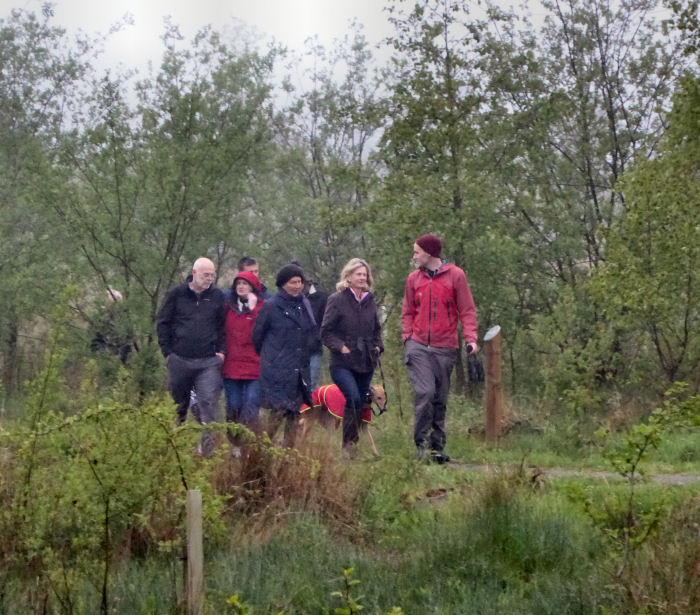 By the end of the walks Mistle and Song Thrush, Grey Heron, Jay and Great Spotteed Woodpecker had all been added to the list - around 30 different species had been heard..

A convoy of cars set off to the Black Grouse lek on the training area.  The mist was still hanging around as everyone walked up a more gentle hill than in the past. 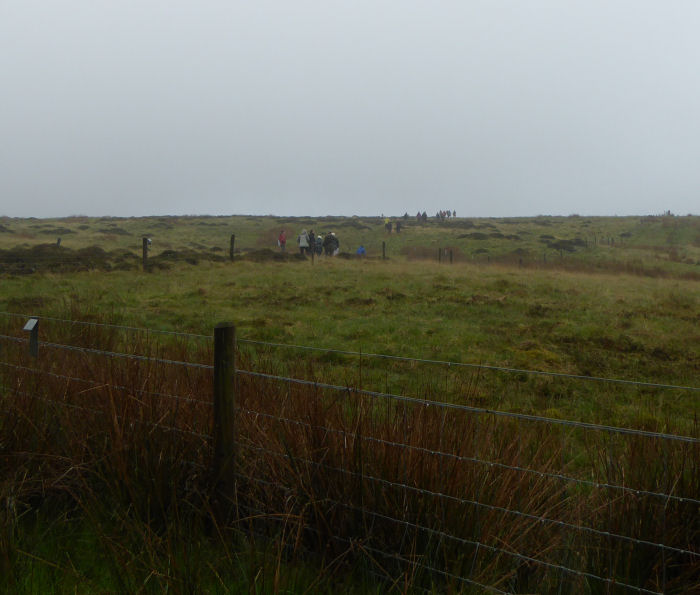 Binoculars and telescopes came out to look for the Black Grouse. 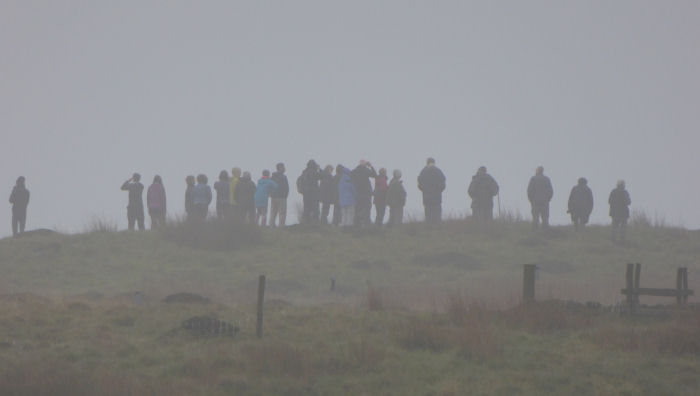 Unfortunately they were not at the lek.   One was seen flying as we arrived at the first barrier.

Curlew were seen and heard. Some Greylag Geese flew over and Meadow Pipits and Skylarks hovered around the group.  The convoy formed up again and headed to Wathgill where breakfast was waiting.

Everyone enjoyed their walks and listening to the birds.  Breakfast was very much appreciated by everyone.  Thanks to the chefs, James and Robyns, and the staff for looking after us so well.  Many thanks also to the leaders who lead us around the reserve and identified the calls for us.  Same time next year?  Lets go for a lovely warm sunny day - it is a nice idea!