Some of the bird ringers have been involved over the weekend fitting trackers to Gannets at Bempton Cliffs. The trackers will record the movements of the adult birds and this year are much more refined with special cameras set into the cliff tops recording the movement of the adults as they come and go to feed their chicks.  The cameras can identify the birds individually once the trackers are fitted.

It requires a great deal of organisation for this to be carried out.  However one thing is similar to our CES at Foxglove, they had to be up at dawn!  A familiar face can be seen below but as you can see from the t shirt , she has, temporarily we hope, gone over to the dark side!

Two new problems presented themselves this year, one was the number of Gannets that now breed on the cliffs at Bempton - which are far in excess of what they were when the earlier studies were conducted between 2010 - 2012.  The second was the damage 'the Beast from the East' had caused to the cliffs themselves making them much more unstable and difficult to move on without dislodging lumps of stone.  Both had to be given serious consideration by the climbers and necessitated an earlier than planned halt to this year's activities. 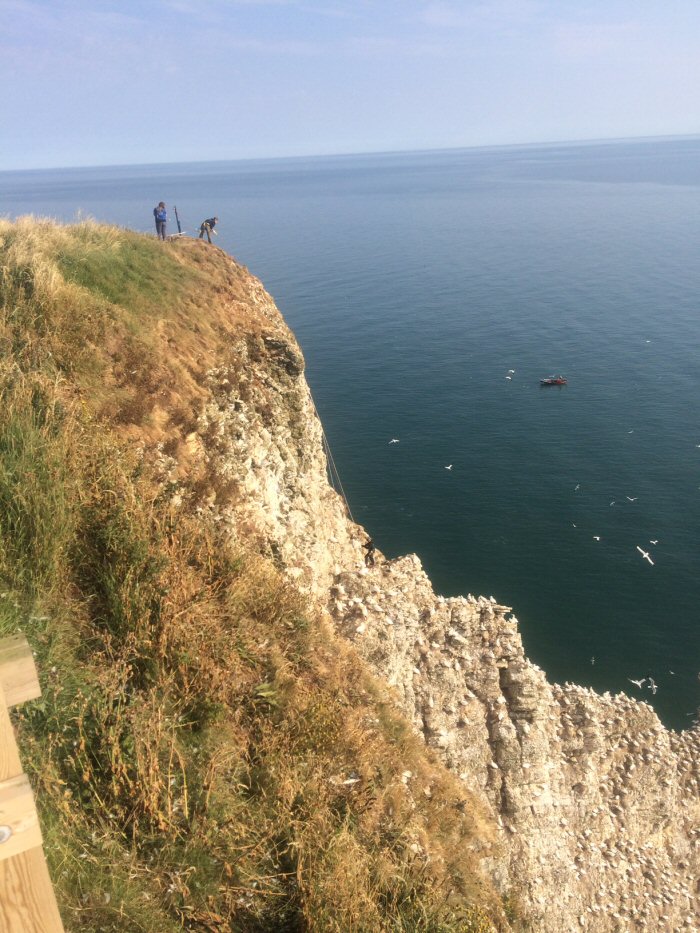 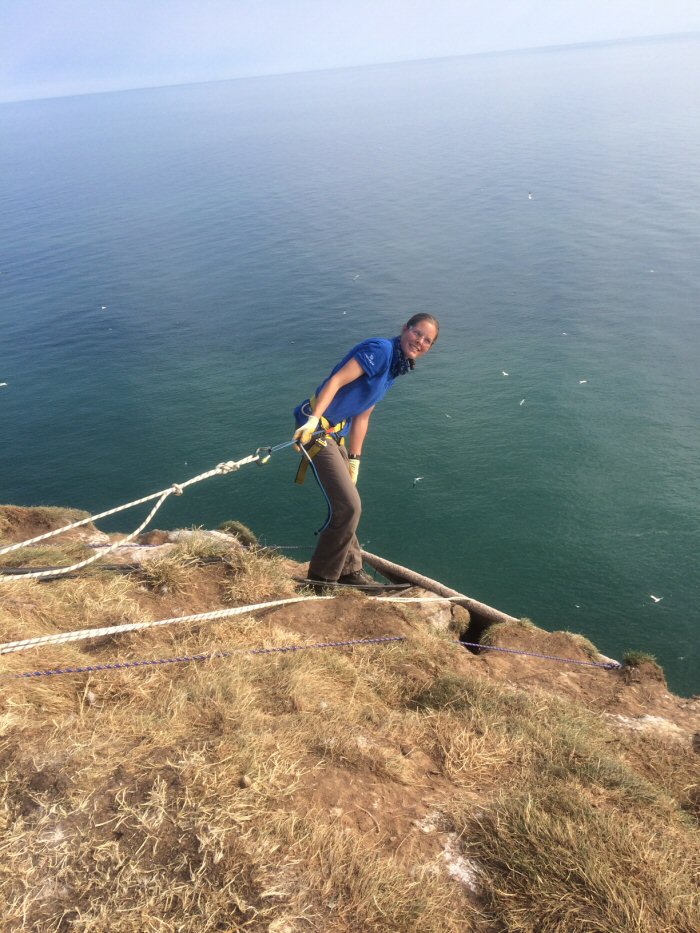 From large birds to tiny weevils.  Water Figwort grows through the Scrapes and it must be admitted that it is not the most beautiful of flowers.  It does have its own weevil, the Figwort Weevil.  Several were found on stems. 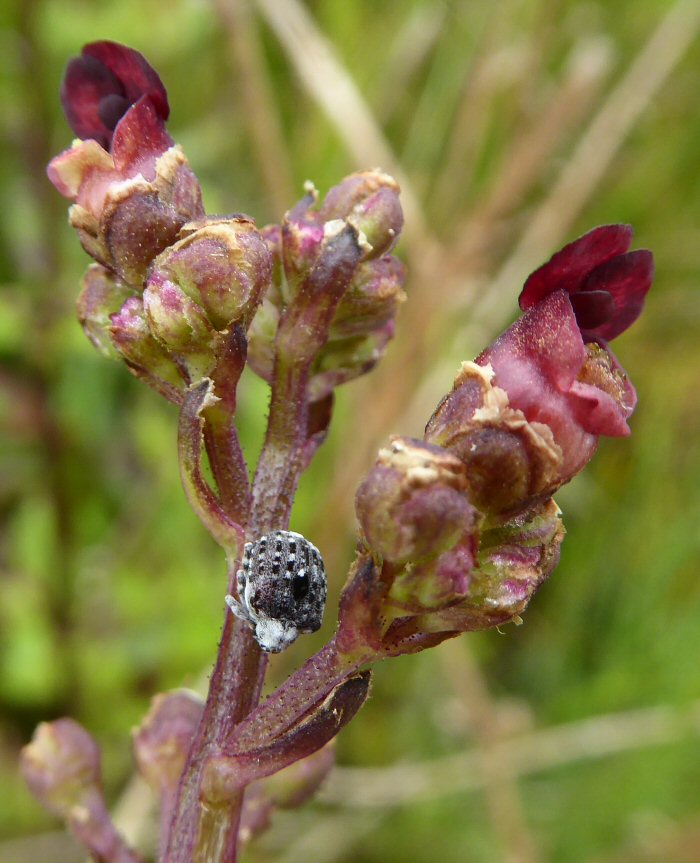 Another interesting fact is that only Wasps pollinate these flowers.  I have tried for several years to take a decent photograph showing a Wasp on the flower.  Success at last. 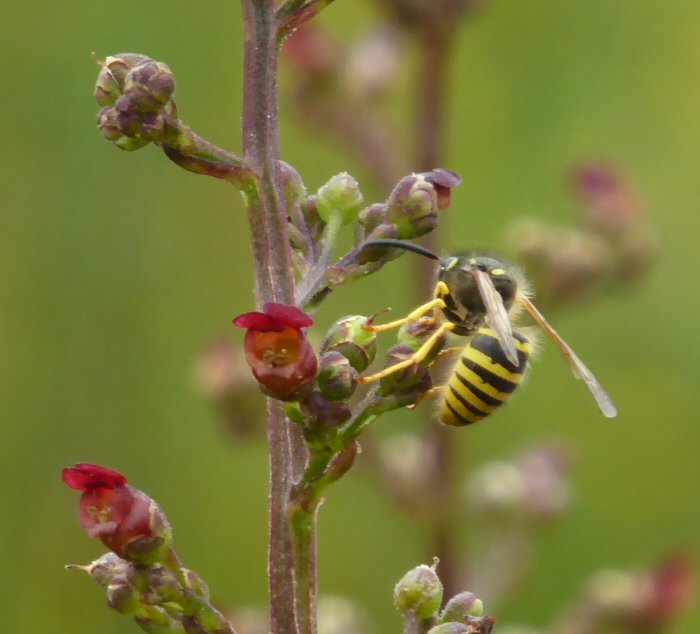