Today dawned bright and sunny but breezy. The volunteers spent a large part of the day out on the hay meadow by Plovers' Pool, raking up all the grass that had been cut. 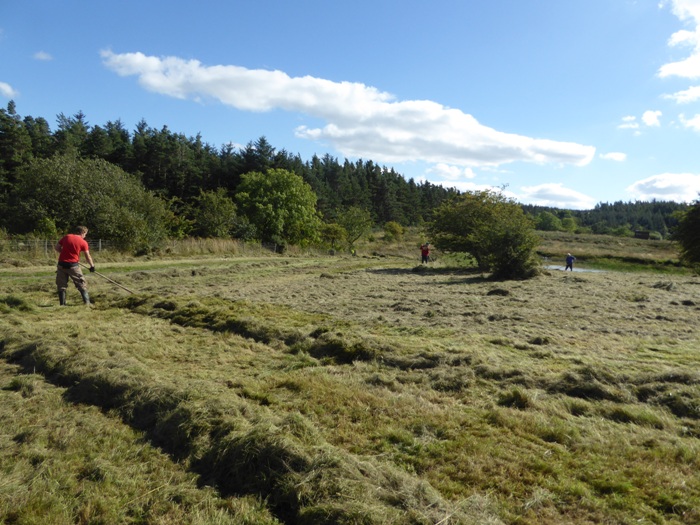 This field contains quite a lot of gorse so the farmers who baled and took the rest of the hay did not want it for their animals. However, they were happy to cut it and leave it lying in the fields, leaving us the task of clearing it. By the end of the day it was all neatly raked into rows. We will leave it a couple of days now to dry off as it is very wet and heavy to move. 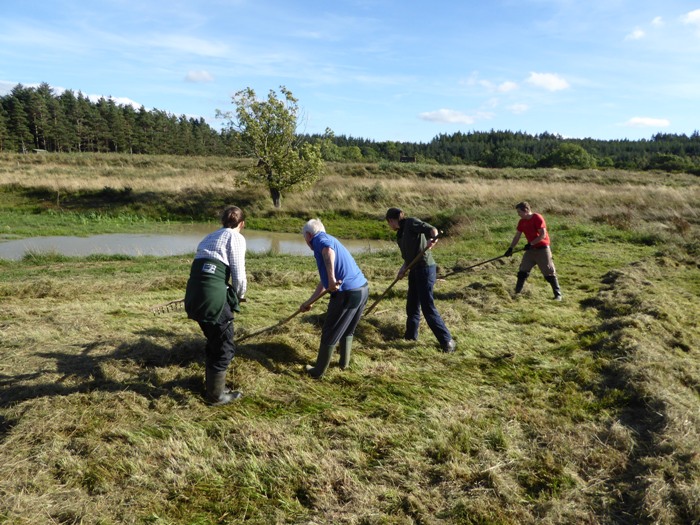 Elsewhere on the reserve, John set to work on the wetland fixing a leak in one of the bunds that was causing us to lose a lot of water out across the reserve. From time to time our water voles dig through the bunds, rerouting our water supplies to less helpful places. After some investigation, the underwater tunnel was refilled and the problem solved. Meanwhile, Keith fixed the window in one of the hides and took advantage of the dry weather to continue painting the portacabin. While the volunteers were hard at work, Elizabeth led a guided walk around the reserve which was well attended.

They have free range of the hay meadow, around Plovers' Pool and all the way up to the Stone Circle. They were released into the middle moor and rapidly moved over into the next field. I think they were a bit disappointed by how short the newly mown grass was!

The moth trap yesterday revealed a couple of rather nice moths. Close up they are quite pretty to look at. This is a Frosted Orange. 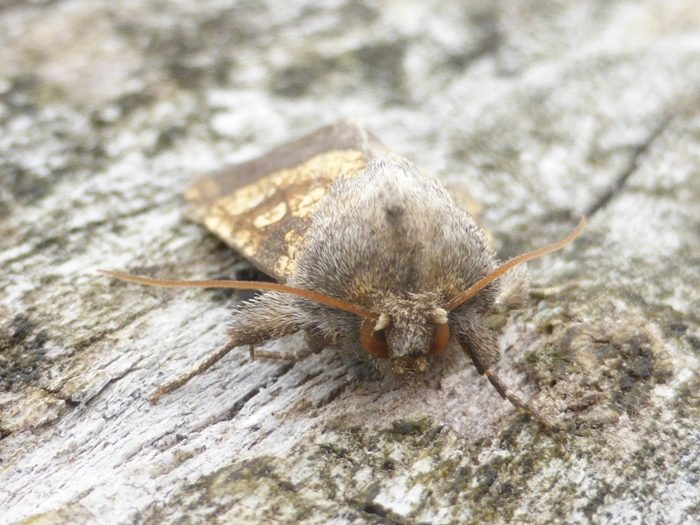 And this is a Canary Shouldered Thorn.  Usually the male moths are the ones with the largest antennae as they use these to detect the pheromones given off by the female moths to help them locate a mate. 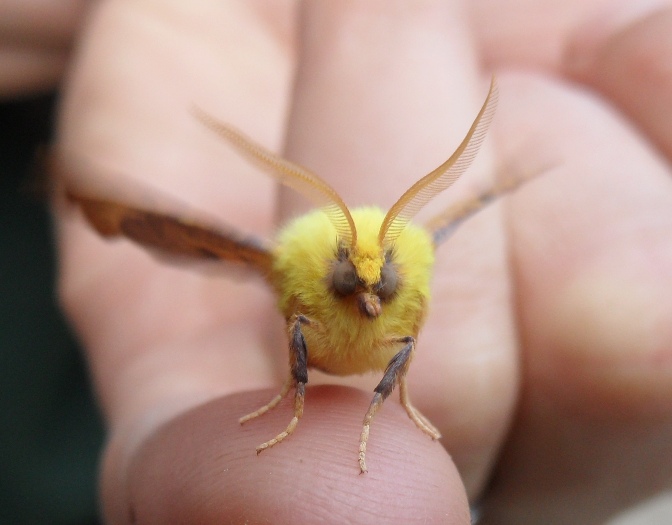 Thanks to the volunteers for all their hard work with the various tasks today.