A Mallard Tale on a Frosty Morning

Mallard were leaving the shelter of the reeds at the head of the lake.  Some headed onto the ice, which was thick enough to take their weight, 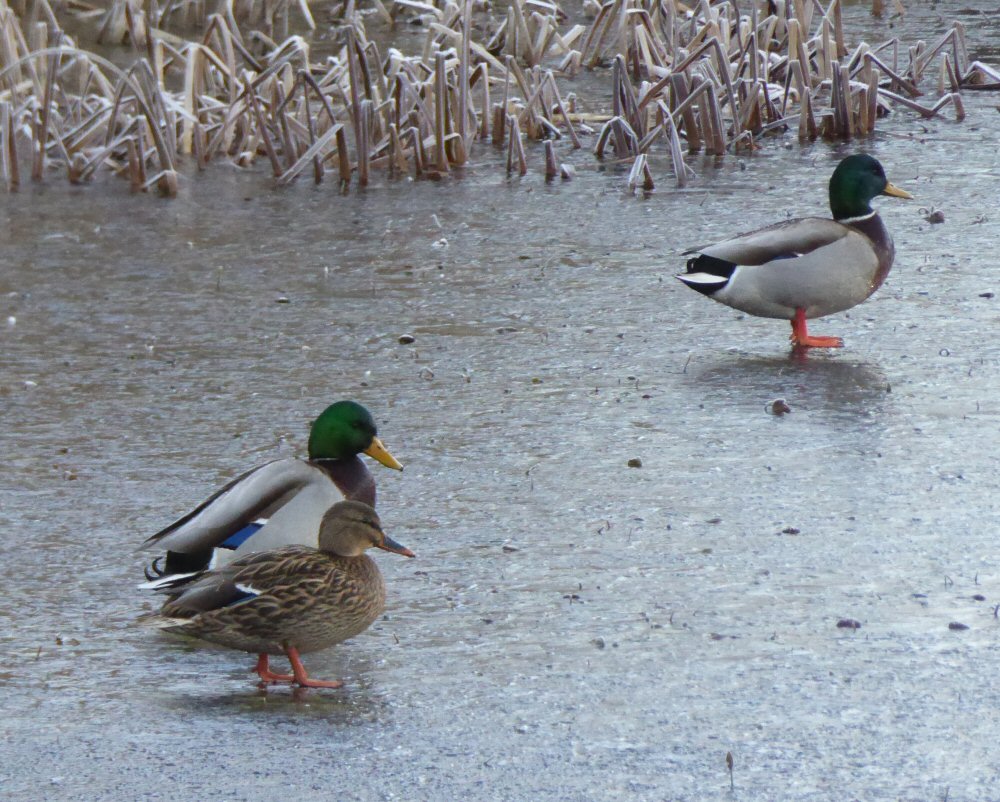 whilst some remained swimming in the open water. 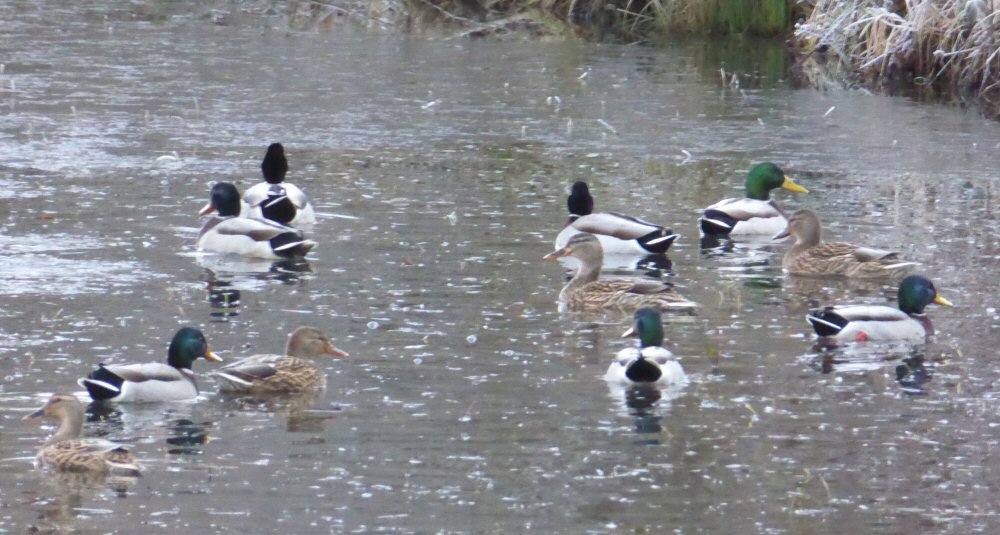 After very careful walking those on the ice reached its edge and very gracefully lowered themselves into the water. 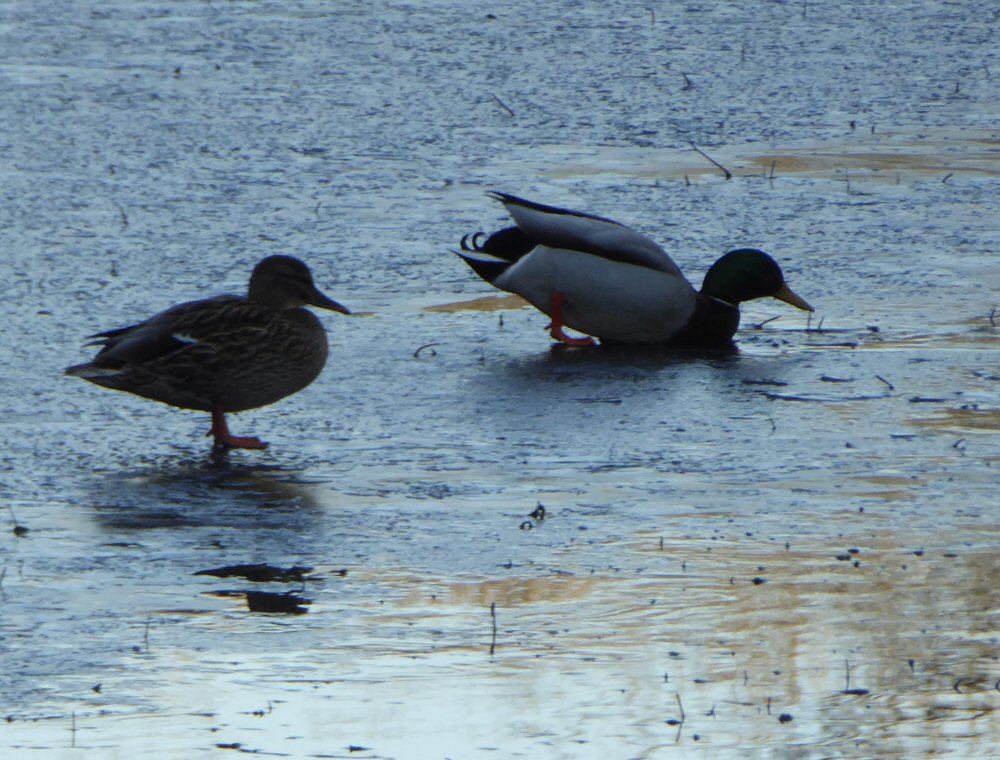 Some of the puddles on the bund formed during the rain had frozen and made beautiful patterns in the cracked ice. 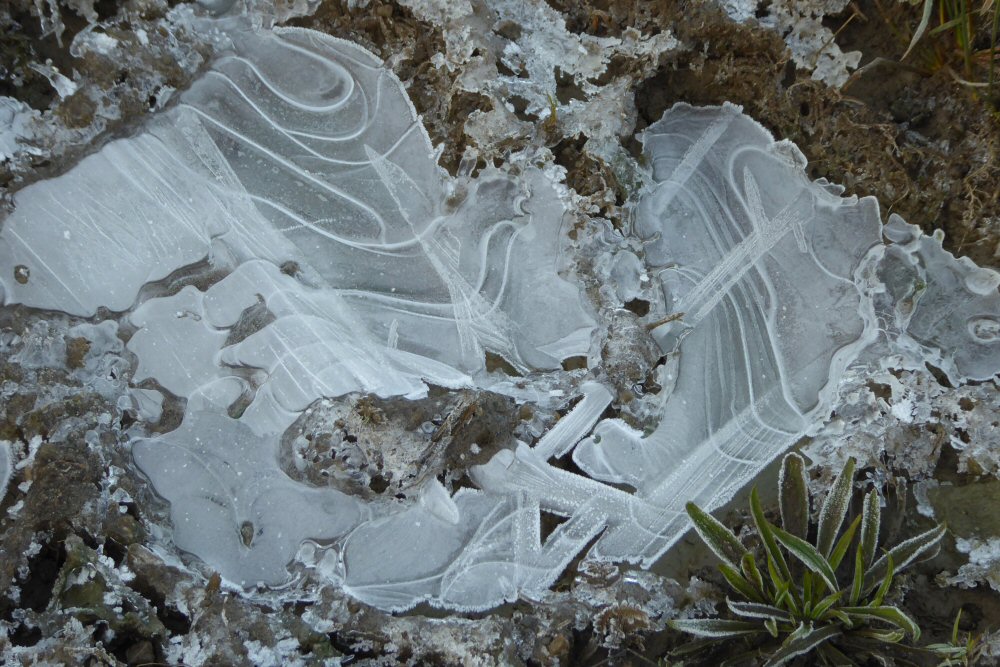 Ice crystals had formed on much of the vegetation around the reserve and this Selfheal seed head was no exception. 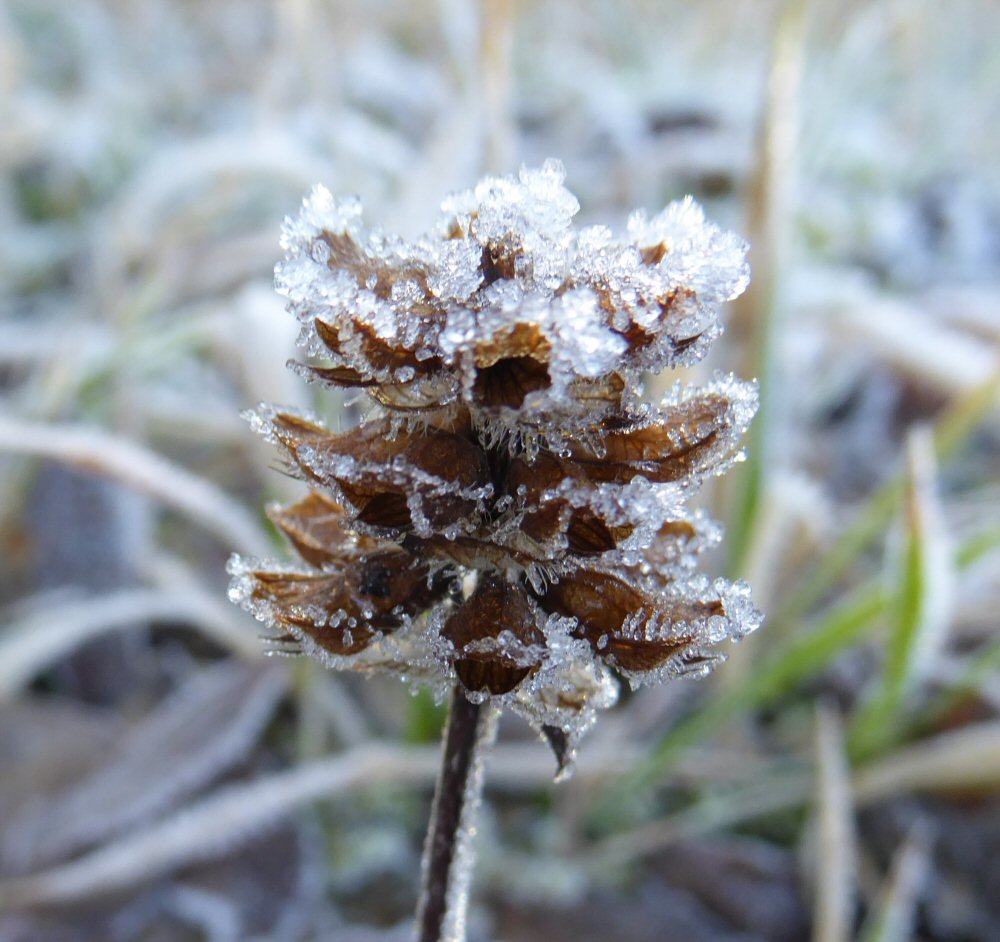 Coming off the moor and walking down through the conifer woods, the sun highlighted the frost. 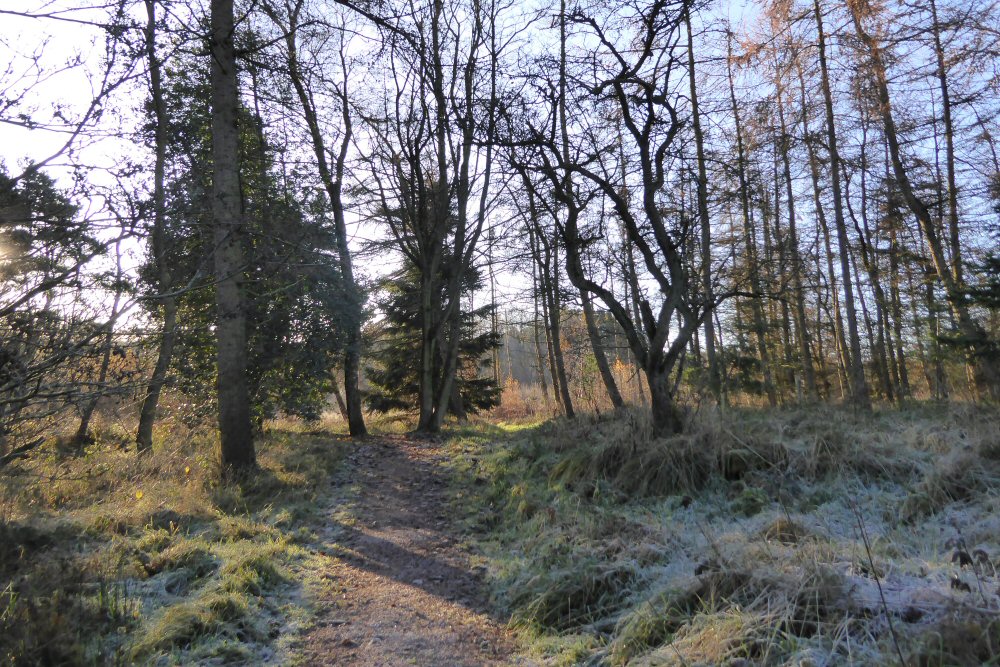 The bird ringing team were busy today.  Another 12 Redwing were ringed.  Fieldfares were flying over but none visited the nets.  Already it is noticeable that the number of Hawthorn berries is decreasing.  A migrant Blackbird was also ringed, its dark beak and very black head were obvious as it was taken out of the bird bag.  Also amongst today's catch was a Blue Tit ringed in the nest box in 2016, and a Great Tit from a nest box in 2017.  Siskin and Reed Buntings and made their appearance.  No Redpolls were caught but they could be on their way?  Eleanor, a member of the Swaledale Ringing Group is working in Scotland and ringing with the Grampion Ringing Team.  They are catching many Redpoll.

Many thanks to the bird ringers for all their hard work, it was a very good, enjoyable day.